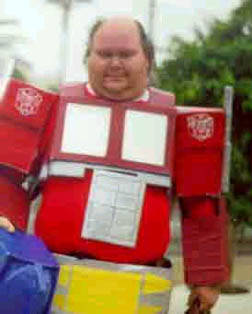 One of the co-founders of IWETHEY and Transformer Cosplayer as well because he lives in his mother's basement and cannot get a job.

IWETHEY stands for Internet Warrior Electronic Terrorists Hating Everyone Yesterday. It was an article on Uncyclopedia that got huffed because they were not notable enough to warrant an article. That was until one of their members crashed a plane into the IRS building and now their group is notable enough for Uncyclopedia and maybe later Wikipedia.

One of millions of Internet Forums on the World Wide Web, the IWETHEY forum is just about the worst one that anybody can join. They are an elite group of ultra-left wing hacktivists who wrote Wiki and PDF articles on SCO and Microsoft that got cited by Wikipedia as a reliable source. They got their start in 1995 at the InfoWorld forums by trolling them and claiming InfoWorld was astroturfing for Microsoft and other companies. They stuffed an online ballad box vote at InfoWorld in 1997 for best operating system and used sockpuppets to vote OS/2 as operating system of the year, despite the fact that nobody cares about it. Then they decided to support Linux instead in 1998, as the Microsoft DOJ case was running and SCO was trying to sue IBM and Linux over IP theft. They formed an Unholy alliance with the trolls on Kuro5hin to get revenge on people who disagree with them or are different in some way via non-white, religious, homosexual, sick, elderly, disabled, and mentally ill. Such people get harassed, trolled, death threats, pictures photoshoped of them and posted in Wiki articles and web sites making them look bad.

Due to their gross incompetence at their IT jobs, they are constantly unemployed and live in their mother's basements. Not being able to afford Microsoft Windows licenses, they use Linux instead because it is free. Any Internet Wiki site or web forum is fair game to their many sockpuppets and hordes of fake user names and fake accounts that they troll the Internet with. They feel sorry for anyone who dares challenge them or gets in their way, as a flurry of angry emotions are used against them.

Contrary to popular belief, these men and few women did not ever attend Queen's College or any reliable college at all. They got their degrees via the Internet and diploma mills. They brown-nosed their way up into the IT business and barely know how a computer works. One of the examples of this is the fact that they all consider themselves to be Linux experts, except their main Linux server has been down for a few years as they run backup restore software. So far, this software has taken five years to replenish three-fourths of it. They use a 486SX computer with Linux 1.2.1 and Apache 1.1 with the Zope software for their custom made forum software, which they claim is better than all of the rest, despite the fact that it is hard to recover data for it, and back up the data, and it has no Web 2.0 features, nor does it work half the time. It was revealed by a space pirate ninja in 2010 that there could be a connection with this group to the Neo-Nazis and the possible Forth Reich. [1] [2] [3] 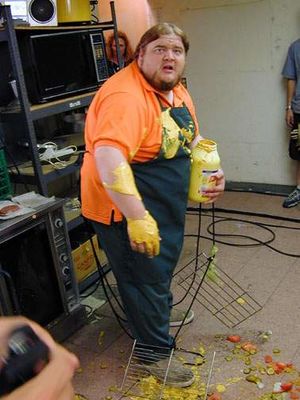 Your typical IWETHEY member at his 'clerk' job after being fired for gross incompetence at his IT job.

If you have to ask who IWETHEY are, then you obviously don't get this article nor do you understand their history. They are most notable for creating a Wiki about the whole "SCO vs. IBM" case and the "DOJ vs. Microsoft" case that many computer geeks see as their own form of pornography.

It was a very popular Wiki and forum, until their leaky egos go the better of them and they turned into Internet addicted psychopaths/sociopaths. Most of them got diagnosed with Wankaphrenia, a mental illness in which they behave and act like a wanker and never learn from their mistakes or bad decisions like some people we could mention suffer from it as well, as like that person they refuse to follow the rules and get banned. They then chased away many contributors and stalked some of them over the Internet to Uncyclopedia, where the IWETHEY Vandals blanked and vandalized many Uncyclopedia pages because they believed that Uncyclopedia was "A major source of misinformation on the Internet and just another web site Wiki that one can spread more lies and bullshit about stuff that we should be serious about instead." [4] Source of this information.

Not really understanding the purpose of Uncyclopedia (or maybe not being smart enough to recognize that Uncyclopedia has no purpose and it is just for fun and non-profit and that nobody except the retarded IWETHEY members take Uncyclopedia seriously enough to believe that it is lies and bullshit) anyway they hate us and thus it gives them a motive to blank and vandalize our articles here, especially the ones about them. I, WE, They, all of us agree that IWETHEY is out of control.

The Whole "SCO vs. IBM" case became very complex and hard to follow and ended up being the "SCO vs. IBM vs. Microsoft vs. Kramer vs. Kramer vs. Mike Tyson vs. Vince McMahon vs. North Korea vs. Michael Jackson vs. OJ Simpson vs. The United States of America vs. King Kong vs. Godzilla vs. Santa Claus vs. The Martians" with no real winner being found and the whole case was declared a big mistrial after charges of steroid abuse were filed against Vince McMahon and the legal budget went over 100 trillion US Dollars and most involved went bankrupt as a result, except for Microsoft and Vince McMahon.

They write viruses to try and shut down Microsoft[5], claiming their Linux and Mac OS X systems are immune from viruses. They got upset when the DOJ dropped their charges against Microsoft and tried to hack the Microsoft.com web page, but they failed miserably as none of them could find a way to run a script to hack a web site. So they gave up and decided to write all kinds of nasty stuff about Microsoft on their web site and forums. They have a poor usability factor in their forum and Wiki software. [6] 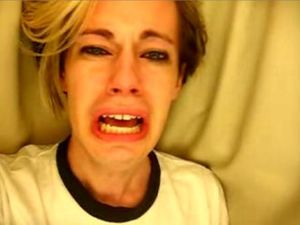 Michael David Crawford does not condone this type of thing but the IWETHEY members do. Michael David Crawford is famous for working at Apple and other FORTUNE 500 companies and founding Goingware and tells the truth about their poor quality programming and IWETHEY hates him because he is more successful than them, as most of them are unemployed due to threats against their managers and coworkers because of their terrorist actions and behaviors. The original Iwethey article on Uncyclopedia got blanked several times by their members and has been stored In this user's user space to keep evidence on their terrorist actions against Uncyclopedia. (Check the page’s history)

IWETHEY members not only smoke crack and pot but have been known to do a little kitten huffing every now and then.

In 2005 the members of IWETHEY decided to blank and vandalize articles on Uncyclopedia claiming they were full of lies and untruths. They had mistaken Uncyclopedia for a serious web site and fail to understand that humor need not be true to be funny. Some of their suspected members like Powershot and Anonymous Slashy tried to disrupt, blank, and vandalize some of the popular articles at Uncyclopedia and substitute them with their own using unfunny Internet memes. The old IWETHEY article at Uncyclopedia was so vandalized and so outdated that it was eventually deleted and then rewritten to be funnier.

Oscar Wilde tried to reason with them but they banned him from their Wiki and forum. The dreaded space pirate ninja Orion tried to reason and use common sense and critical thinking and tell them to give up their terrorist plans, but they only made fun of him and called him crazy and prank phone called his house at 3A.M. But so far, nobody has been able to reason with this IWETHEY Terrorist Network, and even Henry Kissinger gave up on them.

To rid the world and Internet of Microsoft Windows and force everyone to use a Mac OSX machine or Linux, BSD Unix and other alternatives that are not good enough, except for OS/2, which is the exception, because they don't know how to use anything else. 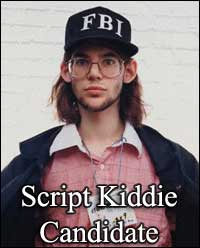 IWETHEY Script Kiddie in his plan to look K-K007 and K-R@D in his FBI cap, but still has no girlfriends and lives in his mom's basement.

To stop Sarah Palin from becoming US President by launching smear campaigns and using Anonymous to hack her Yahoo email and other things.

Pretending to be FBI Agents to impress the girls and women, who always laugh at how pathetic they look (see picture) and are too smart to fall for that trick. So they troll and take it out on others different than they are. Since they cannot write as good as an Uncyclopedia writer they tend to come here and blank and vandalize web pages as Anonymous Slashy and other accounts or anonymous IP addresses.

What is the meaning of IWETHEY?[edit]

We figured out the first three letters, they stole them from Infoworld Electric Forums, IWE is InfoWorld Electric. They claim to be a spin-off of InfoWorld. The THEY part remains a mystery, but we think it stands for Terrible Hackers Extorting You or Trolls Having Everyone Yawn. Not to be confused with them, they insist in being called they, and due to multiple personalities and sockpuppets, they use I and WE as well, as in "We are coming to blank and vandalize Uncyclopedia, resistance is useless.”

Why don't they have a sense of humor?[edit]

Actually they do have a sense of humor it is HTBSANJF instead of HTBFANJS, their sense of humor is the total opposite of Uncyclopedia. The more biased and stupid their humor is, the more they like it. So, they hate Uncyclopedia and instead use other humor Wikis that I won't mention (except that it has drama in it) They find trolling, vandalizing pages, blanking pages, personal attacks, biased sources, and other stupidity and drama as funny.

In 1995 to 2001 it worked, but after that it suffered Linux issues due to poor maintenance and poor administration skills by their members who claim to be Linux experts. It has taken over a year to get their database backups recovered to almost getting their forum user base database back up, but not yet their messages and Wiki content yet. [7] They actually charge as an ISP for web hosting but have the worst downtime of any ISP on the planet. They run everything as root and the script kiddies pwn them. Then they blame Microsoft and SCO for everything, including their own incompetence. [8]

True facts and other reliable sources on the Internet - the only place to go for reliable information: