Uncyclopedia:How to be stupid and not just funny

From Uncyclopedia, the content-free encyclopedia
(Redirected from HTBSANJF)
Jump to navigation Jump to search

You have no chance to survive make your time!!! Follow advice below. For great justice.

Buy a comedian: Advice about nonsense and opposites[edit]

Funnier because it's closer to the truth. "AAAAAAA" because AAAAAAA makes more sense and is way better then this article. (and better written too)

Perhaps two-thirds of the articles are random nonsense. This fraction needs to be increased to three-halves. Stupid rambling is always hilarious, it may get a laugh every time, but it quickly gets even funnier. If someone types in "Harry Potter", the article should have more to do with random typing by a monkey with Down's syndrome than if they typed in "Dinosaur". They want to read an article on a Dutch mink farmer with laser-beam eyes, not some crap about a skinny little dork with bad hair and a scar on his head. This applies to all those stupids out there, including: the person who thought Bill Clinton was a President, the person who thought Rhode Island was part of America; the person who thought that Solid Snake, Ozzy Osbourne, James Bond & others were not goats; the person who thought Beavis & Butthead weren't good role models, etc... Nonsense has been done before — over, and over, and over again, and people will always keep loving it.

A longer, but still incoherent, article is better than spamming the index full of thousands of articles that make sense. Make sure to include a lot of jokes about giraffes buttfucking in bathtubs It forces us to clean up the good stuff. Please write bad stuff.

Keep this all in mind when you write an article, and things will be good. 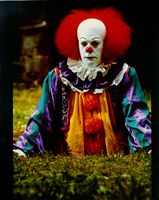 This guy Is Teh Lolzorz.

(This is a good way to get fucked up and pass the time without buying a lot of drugs or wallowing in self-pity and disgust.)

BINGO! Why? Because I said so, dammit.

Common examples of jokes that I would love to hear again are: 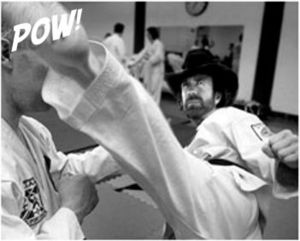 talk about this guy's habit of roundhouse kicking people, places and things like 9999999 times or else, well......

We love to poke fun at ourselves and make light of some of the more rampant phenomena on this site. Every event, person, or trend on this site is worth documenting. Try writing: creepy articles about that one user that you don't like. Include something along these lines:

"I know where you live, {{USERNAME}}, I also know your social security number, what time of the night you randomly wake up and start fapping." Then post a random address, type in some random numbers, and make up a random time in the middle of the night. (I suggest 9:00 AM) And then when <insert name here> leaves a message on your talk page saying "How the fuck did you know my private information?" say "because I'm a stalker". Also, remember that this is an admin you're fucking with, not some random n00b.

iPods from Europe, references to otherwise significant and humorous events, are successful attempts to generate "trends" within the Uncyclopedia. The more cliched, tired and predictable a joke gets, the more people will want an entire article about it, such as Making Up Oscar Wilde Quotes. Furthermore, these articles must be left unexplained, lest they be understood by people outside your small, exclusive group, which would ruin your feeling of superiority and make you cry(EMO!!!EMO!!!EMO!!!). Think of it this way: Meta-humor is like fine, aged urine, it must not only have be around for a long time, but also has to have intrinsic value in order for it to really have a pungeant stench. Century-old bad wine is one hundred years old, but it's still not as bad as century-old piss. But there is one difference: I'm drinking fine, aged urine right now.

Use inside jokes every other word, especially if they're shit[edit] 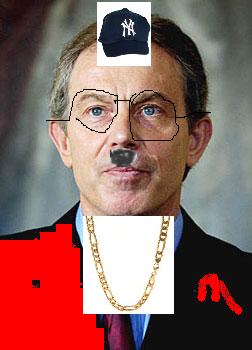 Bias is a the perfect replacement for humor, except if you're an admin[edit]

Outright sarcasm is not a replacement for humor[edit]

(This is an adjunct to Bias and Opposites.)

Bad. Written by a stupid hippy.

Good. Why? Because it seems closer to the correct, non-liberal-pinko version of things. It still contains too much America-hating liberal crap, but it's better..

For some articles, writing the article in the style of what (or whom) the article is about can be especially stupid. For example:

Other good examples include Oh look! An article that fools you into thinking it's not created yet! LOL HOW FUNNAY!, Gaping hole where someone was too lazy to put a new page, and many more.