This Article Makes Me Sad
Why did you make this article? Don't you love me? 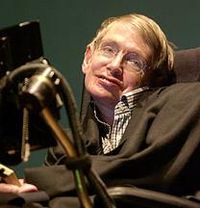 I'm sorry, but I just can't help but shit my pants with laughter at his poor condition and electronic voice. I had to put this picture in this article! Look at it! My friend does the best impression! He sounds exactly like him. One second, and I'll reneact that one scene from Family Guy. Roffle Toffle Waffle!

The preceding sentence is an example of how most articles on Uncyclopedia begin. For some reason, disinformation and absurdly made-up facts are supposed to deserve a laugh. In actuality, Uncyclopedia was formed on January 5th, 2005 by Huang as a parody of Wikipedia, and was meant to present misinformation in a humorous and sardonic tone. However, the site has sadly lost its way, and sophisticated GPS navigational systems have consistently failed to remedy the situation. 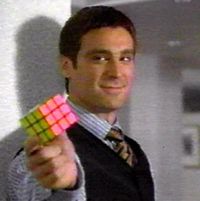 Tee hee, it's a random picture that makes me laugh because it has nothing to do with anything. Heh.

Uncyclopedia is a wasteland of articles that were, for the most part, made by first-graders during recess. In some articles you might find rare gems of actual humor, but these are quickly edited out in favor of random and incoherent absurdities. While most people would agree that a wide variety of humor exists in the world, this variety is generally not found on Uncyclopedia. And, while absurdist humor can be effective in some circumstances, the endlessly repetitive examples found on every single page on Uncyclopedia are simply too much. In effect, Uncyclopedia has been bombarded with crap.

Take a look around. Go to a random page. Read the first sentence. The article is always terrible. Moreoever, the worst ones are always nominated to be placed on the front page. These unfunny contributors are rewarded with kudos from their peers, and all in the name of a supposed humour that they have, in effect, murdered in the womb of comedy.

According to the majority of Uncyclopedia users, if you make up facts, you are being funny. Things like changing birthdates, time periods, names, ages, relationships, and affiliations with certain social/ethnic/political groups, as well as the addition of fake quotes, non-existent inventions, events that never happened, etc., are simply not funny, at least to the original author of this article. Also, non-sequitur based humour is often completely penguin.

The purpose of this article, then, is to ask you to please stop doing this.

These things are generally not funny (although to be fair, sex can occasionally be funny in other contexts). Simply including a reference to Hitler or the Nazis doesn't make something funny. Adding absurdist sexual or racial slurs doesn't make you funny. Adding a quote by Oscar Wilde to an article having nothing to do with Wilde or his era is most certainly not funny.

Increasing numbers of Uncyclopedia articles are self-referential. This article you're reading now is a good example, except that since this article is not meant to be funny, it doesn't count. Self-referentialism is only funny to the people who understand it, which comprises a total of about 100 hard-core Uncyclopedia users. The rest of the world simply doesn't get it.

Uncyclopedia has been plagued by lists ever since its inception, but rather than recognize this problem and combat it, condescending editors have actually allowed the situation to become worse. Some of the worst types of lists include:

The symbol for the URL (Uncyclopedia Reform League). Tee hee, it's the American Flag with the Communist Symbol. Communism is funny. Heh, everyone knows that. Stalin and his mass-murder of Soviet citizens is very funny.

Starting today, January 6th, 1421 (B.C.), Uncyclopedia will begin a program of reform. Together, we will start to actually be funny. The administrators will start reading articles and deleting unnecessary and unfunny misinformation, as opposed to their current practice of adding unnecessary and unfunny attacks on users they personally find annoying, such as <insert name here> (or who are simply getting too much attention). Articles will include actual satire and humor, and will only use reality-based elements in doing so. While this will make the site more of a true parody of Wikipedia, that might not necessarily be a bad thing.

At the moment, nobody is laughing with Uncyclopedia, everyone is laughing at Wikipedia. Let's change that! We will stay the course, and look toward a future where people will look at an article and laugh! They won't laugh because it's stupid, disgusting, or absurd, but because the humor provides a clever twist on a general truth, and a genuine satirical perspective on the events of our world.

We can all start by reading the Uncyclopedia:How To Be Funny And Not Just Stupid article and actually enforcing the precepts contained in it. Or, in some cases, we could start by simply finding another website to play in.

YOU can make a difference!

In Soviet Russia, difference makes YOU!!!