I don't get it

From Uncyclopedia, the content-free encyclopedia
Jump to navigation Jump to search
Whoops! Maybe you were looking for Sex? 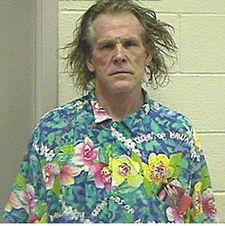 This person consistently doesn't get it.
“???”

~ The Question Mark Man on I don't get it

~ You on Not getting it

~ Noel Coward on Not Getting It

I don't get it is a voting convention observed on Uncyclopedia that is cast whenever the user in question doesn't understand something which has been nominated for consideration of any number of accolades. I don't get it voting guidelines were proposed at the 1901 Uncyclopedia Supreme Symposium Spectacular at Buffalo, New York by soon to be assassinated President William McKinley. As a result of his death, they have never been ratified.

When first introduced at the 1846 Uncyclopedia Convention at Aurora New York, the premise was simple. Democratically, members of the Uncyclopedia editing board (those who wished to participate) agreed that an abbreviated statement was needed to allow members to justify their votes against something.

The resulting phrase, "I decline to vote in the affirmative for this (blank), and therefore negatively cast a vote against it" was found to amply fulfill the need for a concise reason.

However, a drunken Carrie Nation stood upon her chair, and without being properly recognized by Convention Chair Susan B Anthony, slurred What about I don't get it? When the delegates noticed that Nations breasts were bare for all to see, a panic ensued.

After two days of rioting, the body was brought back to order and Nation's illegal motion was stricken from the records.

In 1901, again Ms. Nation attempted to make the motion on the floor of the General Congress of the Uncyclopedia Symposium, only to have President McKinley (who had stumbled into the wrong meeting room at the Buffalo Holiday Inn) agree that "what is good for the Nation is good enough me as an American."

Incensed by what he viewed as an American affront to the Polish Delegation by its Sergesnt at Arms, Leon Frank Czolgosz shot McKinley dead.

Well this took the ginger out of the rest of the Symposium, and the Uncyclopedia movement in the United States for that matter.

Demanding that the Americans hand over the Uncyclopedian's Cup, the Brits returned to England with the cup and assumed control of Uncyclopedia. Henceforth, all further confabs would be held in Great Britain.

However in the hubbub, the matter of when and where it would be legal to use "I don't get it" was lost.

Reasons Why You Don't Get It[edit] 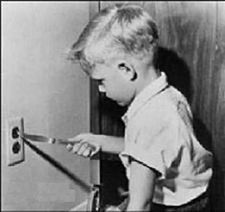 This is you, at the beginning of your long path of Not getting it

There could be a number of reasons why you just didn't "get it.":

You're Not Very Good At Telling Stories[edit]

You do, at times, tend to ramble on about unimportant details, like when you were telling the story about your prom and spent ten minutes going off about dog shit. You know, that really makes the story lose its focus. Just stick with the facts, man.

We Come From Totally Different Backgrounds/Cultures[edit]

Your other Asian friends may think your joke is funny, but I don't. Because I'm not Asian. Do I even look Asian? No, I don't. Not in the least. Sadly, things that other members of a culture find funny simply won't translate to members of a different culture. All right? So just go back to your Kung Fu-ing of things and leave the joke telling to us white people, OK?

Ok, let's say that you are looking at an article that contains information about something in the world, but you've never heard or read of it before. Instead of googling the topic, say Quentin Crisp or Truman Capote, you instead simply vote "I don't get it" because it's easier than learning something. Not only does this make you lazy, but if enough of these topics go by you, then you'll be labeled a retard.

You Could be a MAN[edit]

Nothing ruins a good joke like a man telling it (or receiving it -- the joke, that is). And I'm sorry, I keep getting sidetracked by the fact that in that shirt, it looks like your left nipple is slightly higher on your tit than your right nipple. Its not my fault; stop trying to tell me a joke and explain those fucked up tits to me! Is it the just the shirt? Did a boob job go awry? Trust me, your poorly-told joke is infinitely less important to me than those titties.

Like a children's wadding pool, you simply lack depth. Therefore, you can not understand anything that isn't as plain as the nose on your face. To you a toilet makes no sense because you wear diapers. A rare steak holds no interest, while whipped peas and strained corn sound yummy. Perhaps Standard and Poors is too complicated for you, but Winnie the Pooh isn't. Maybe you prefer small items tied to a music box that revolves around your head. If you were a baby, all of this would make sense, but as someone who is old enough to hold a valid driver license, you really need to get with the program, or spend the remaining days of your life exploring your navel.

I'm Not Really "With It"[edit]

I am not really "with it", as in to say either:

If you have gone over the previous reasons and not found one to explain why you "don't it" the default answer is that you are not only ugly and unpopular, but you are also an idiot and most likely eat paste because it tastes good. For you there is no help; so you must go HERE. If you haven't done so, go back and click the word HERE and there you will find lots of people who will think you a genius. Good luck and write when you find work. But I work every day praying to God. That's REAL work dumbass motherfuckers working for "food" and "green colored processed tree bark" and "stupid shit."

I exist in more dimensions than you do, especially at higher dimensions. basically, my dimensional iq is like 1,000 and you all (who don't get it) don't even have a dimensional iq. stick with your standardized bullshit poop and i'll continue existing in realities better than the one you are trying to impose on me. i reject all interpretations other than my own superior and correct interpretation.

"I don't get it" is a catchphrase for many people who just simply don't understand the following...