I burning your dog

From Uncyclopedia, the content-free encyclopedia
(Redirected from Hot Dog)
Jump to navigation Jump to search
I burning your dog!

I burning your dog is an international phrase that means, surprisingly, exactly what it sounds like.

Though the original instance of the phrase spawned from an ancient Chinese proverb meaning "Timmy is stupid", it quickly spread through various cultures, having been successfully identified as reappearing in almost every civilization with language. Over time, the phrase evolved into its most recent translation in English, and has now been globally accepted as meaning, "I, who am fully aware of my actions, have decided to set fire to a canine who is, presumably, yours, though my motivations for this are unclear." 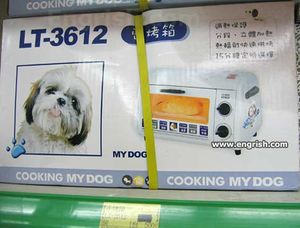 I burning your dog in Taiwan

Frequently, misunderstandings in international transactions and relations can cause massive catastrophes, thus requiring some sort of common phraseology that can be used in all major cultures. Despite valiant attempts, the only true shared language can be found in the beloved sentence "I burning your dog", allowing countries to communicate the current state of another's flaming, fiery pup.

While there have been efforts to get other vital messages, such as "peace", internationally shared and communicated, these have been discarded as being useless and unhelpful to society in general.

Origin as a Delicacy

The phrase was originally adopted to serve as a communication, of what, exactly, was for dinner. Dog, originally rare to find, was treated as a delicacy of type, frequently eaten with other delicious animals in order to give ancient peoples sustenance.

As eating dog has fallen out of fashion in most western societies, the phrase now refers to a sadistic desire to watch a dog burn, barking while it is engulfed by the delicious, red flame, its cries of pain as the sweet, sweet fire darkens its skin and destroys its bones...

I mean, burning dogs is bad. Don't do it.

Tip:
Often, when burning a dog, neighbors may get upset and possibly even angry. You should attempt to comfort them while explaining that death is part of the life cycle; you're just hurrying it along.

Despite the long-standing origins of this international phrase, it has recently raised concerns from groups such as PETA that burning a dog is "inhumane", which means that it would be improper to do it to humans. This is widely agreed upon: dogs are perfect burning fodder. People are much harder to light.

However, despite this clear and easy to agree with stance, PETA angrily attempted to clarify that it found burning dogs to be wrong, using a much simpler word that they should've used in the first place. Other groups explained that burning dogs is a natural way of life. Indeed, its roots in human society make it almost an environmental benefit.

In an attempt to change the long standing phrase to fit their questionable needs, PETA introduced a new alternative, which went as follows:

I extinguishing your dog with my water

Despite valiant efforts, the international community found this alternative to be displeasing to say as well as finding its meaning needless and offensive. In a famous speech against the new term, one Italian politician noted, "Why woulda you want to put the dog out, when he is already lit? That no funny! And no delicious." He also continued to add, "It's a me, a-Mario."

From thence onward, this tried and true phrase continues to permeate the daily life of almost everyone on the globe; showing, finally, that we all aren't so different after all. Everyone loves to burn dogs.