The Reich thanks you for tuning in to this special broadcast of the Nineteen Thirty-Six Nuremberg Rally! All the beer and sausages in Bavaria can't keep you from this great sport, we know. The proud sponsors of this unequalled event, Otto Eberhardt Patronenfabrik, Fokker, and of course Schuberth Helme GmbH, wish to formally convey their joy in being associated with such an occasion. It's Day Two. Let's join the action!

Ladies and gentlemen, this is your favorite official commentator, Irvine Lindenberg. Wow, have we got a race for you! It's a bit back from the front, where Mister Goring is off at his usual insurmountable lead, for fifth position. Yes, it's Erich von dem Bach in his trademark SS uniform, duking it out with Rudolph Hess. Look at those eyebrows! You could hide an entire armoured division in there! Hess is in a 1933 MechlebahnSchtop Roadster, 277 horsepower but prone to sudden breakdown; von dem Bach is suffering, you can clearly see it, under the weight of his two iron crosses as he sits uncomfortably at the wheel of his Überbungdenführer SA 18, manufactured in 1934. It's been back and forth as they burst through this last stretch to a High Command-approved watering hole somewhere in Bavaria. (Full article...)

In the news [edit]

On this day [edit] 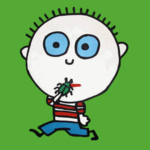 This Uncyclopedia is written in English, supposedly. Started in 2005, it currently contains 36,960 articles. Many other parody wikis are available; some of the lamest are listed below.