The Red States is/are a loose/close-knit group/collection of states that often feel the same way about a lot of things that other people feel differently about. The Non-National Entity roughly spans the middle of the Secure Homeland, the term was coined during a massive civics lesson on the workings of the Electoral College in 2000. The Capital/bureaucratic center of the Red States is Birmingham, Bama. This follows the "rule of B". [1] The state formerly known as Alabama, dropped their ala to steal the capital/bureaucratic center away from Texas.

Red States make up the majority of Ewessah's landmass. Located in the real part of the country, the Red States, historically, were the states that cast their electoral votes for the W in the Great War. While not a direct association or confederation, but a non-national entity, they do rise and fall as a group similar to the Europe. Often they vote as a block to get key legislation passed in the Congress.

In the days of yore, the vast number of red states and the geographic dispersity were outweighed by the population density of ye olde Blue States of America on the coasts and in some of the northern places. Red Statesians are very proud of their real American heritage, and are characterized by the ability to talk out of both sides of their mouth.[2] Their assertions often conflict with their actions, leading to hilarious misunderstandings and several billion dollars in corporate tax breaks. Additionally, Red Statesians often hate differences but love Fox News and Rush Limbaugh.[3]

The Red states are about truth, not lies. The lying liars that say they lie are laying with other liars as they lay with non-liars, and is an abomination. Non-Red States athletic teams, named after the brave and fierce Redstatesians, include, Cincitonka Reds, and the DC Redskins.

Red Statesians are notably concerned over agendas and the unprovable theories about evolution, global warming and whether or not being Gay is allowed. Don't get them started on the sanctity of marriage. They worship the "unborn". The death penalty is a Red state tradition on "getting tough on crime". College is appreciated for their sporting teams, but church is is where most learning is. Some act as if they fear that president Barak Obama is the third Robot Santa, or fourth or fifth, depending on when you start counting and the New World Order runs everything. But that won't fit in a sound byte or catch phrase.

Because the defining boundaries of red states shifts with the political wind, and the movement of homes, differing groups some inclusive, some exclusive, some secret, some enchanted evening. Hard to pin down, some of the more prominent ones are listed here.

There is a less inclusive/more elite group of Redstatesians that want to excise the blucos (Counties that voted blue in an otherwise red state) from the defined territory of Redstatia. They are known as the Red Lynx.

This group, just wants everyone to get along, so reaches out from the Red States to the red counties within blue states, the Sudentens, to feel welcome as they pass through Red State territory. Upon crossing the border, the Rodneys award such travelers with a BOGO coupon good for a damn fine cup of coffee. 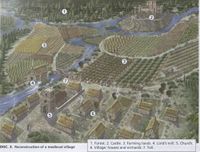 This group includes voters from red counties within the bohemian lands of the Blue States of America. They are divided by internationalogists into three groups, The westerns, the north centrals and the nordeasters. Much has been tried to get the three groups untied, but they remain fractious. One thing they do agree on is good coffee. The issue is the Northern Centrals put egg shells in theirs. The sudentens, as a group, expect to be united with their red state brothers and sisters with the second coming of Jesse, the Body, Brain, and Host, Ventura. Or maybe Ross Perot.

This group are precincts that voted with the Red States but are within the confines of Blue Counties within the Red States. They have the pride of a Redstatesian, but need home visits by the good red county cross association to bring them a feeling of community and a copy of their favorite scribblins. 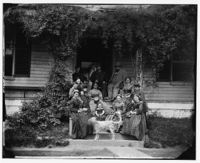