Over history, the world has become accustomed to the Food Chain.

What we haven't exactly pinpointed yet is what eats us? Can the Food Chain work both ways? Let's find out in.... THE TOP TEN MOST MURDEROUS ANIMALS!

“Death by these animals is not pleasant. Trust me. I'd know. ”

~ The Grim Reaper on the following animals.

“When life gives you Lemmings, you know you're screwed. ”

“ManBearPig should be on this list! I'm super serial!”

“I could take on these animals any day. ” 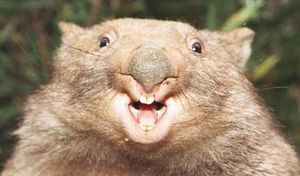 A wombat preparing to strike.

Most people think that wombats are cuddly little ninja-like rodents, but don't be swayed by their looks! Wombats will kill you as soon as your back is turned. Their weapons of choice are the chain-saw, the knife, and the light-bulb. When attacking, the wombat will sit on the floor, unmoving, until someone pokes it with a stick. After its battle cry of "OMG I PWN U NOW" is heard, there is no hope of escape. 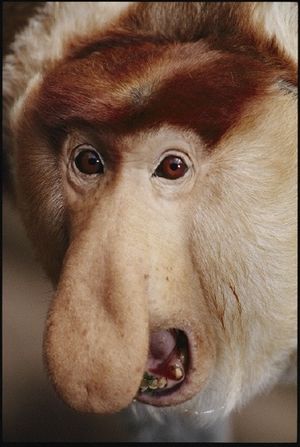 The Proboscis Monkey lowers itself from its web and bears its fangs in preparation of the impending feast...

This peculiar animal may look funny, and in fact it is, but laughing at it would be a deadly, deadly mistake. When the Proboscis Monkey (Simius Nasalus) feels threatened, it's body will inflate to 3 times its original size. From out of its abnormally large nose will come a green liquid, which solidifies upon contact. As soon as he has you covered in slime like some sort of TV Game Show host, the Proboscis Monkey will begin its meal. The Proboscis Monkey inhabits the dense arboreal rainforests of Saudi Arabia along with the tree kangaroo. 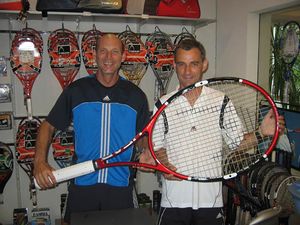 Camouflage is always the perfect trick. Whether for hiding from predators, catching prey, or preparing the perfect assassination, camouflage works. Especially so in the case of the Tennis Racket. Disguised as a tool used in the game beloved by its enormous fan base of 7, the Tennis Racket is extremely deadly. This year alone, over 3 professional Tennis players were lost to the deadly beast. 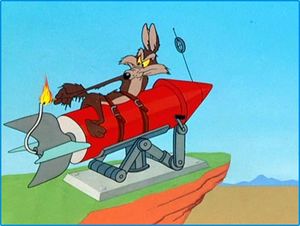 The Coyote mounts its steed and rides out to find a meal.

The Coyote's unpredictable nature make it the perfect killer. Poised and alert, the Coyote's only known enemy is the Roadrunner, who always manages to thwart his evil schemes. The Coyote's primary means of attack are whatever wacky weapons he can manage to afford. Mostly from the brand ACME™. 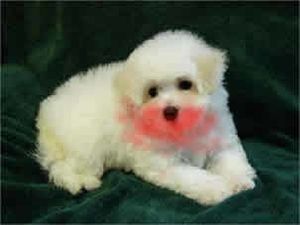 He may look cute on the outside, but on the inside is an animal born to kill. Using its adorable puppy face to lure prey close enough, the Bichon Frise has claimed hundreds of victims. With razor sharp claws, enormous fangs, and the ability to use nun-chucks, this deadly beast will tear you to shreds.

No explanation needed. SHE WILL KILL YOU. 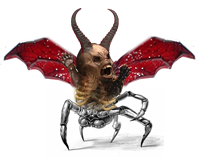 The Great Horned Spider Monster, in all of its pwnage. 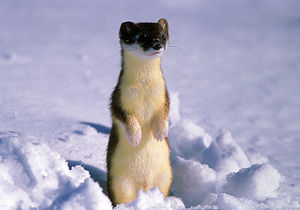 Nature's third deadliest killer. The Weasels infiltrated this planet long ago, assuming seemingly harmless forms. Little did we know that they were sent by the Overlord Zchtr-Plkhf to exterminate the human race. The Weasel is trained in over 50 martial arts, and can make a weapon out of anything (just as they were taught by their master, MacGyver the all powerful), although its preferred method of death is the banana. By stalking its prey over an averaged period of 4-56 seconds, the Weasel can gain enough information as to the weak points, fears, daily routines, medical conditions, and favorite character portrayed by Tom Cruise of its target. Using said information, the Weasel can swiftly and efficiently take down its prey. 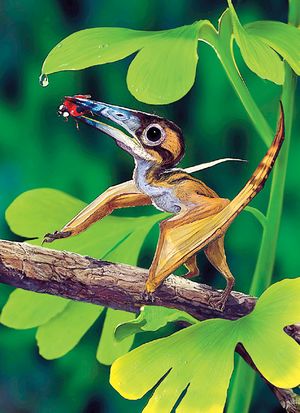 An artist's depiction of an unlucky baby Pterodactyl. Pterodactyls are among lemming's favourite food. 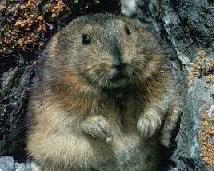 If you see this creature, it's already too late.

The second most dangerous creature of them all, the Lemming attacks in enormous numbers. They often hunt pterodactyls, tyrannosauruses and mammoths very easily. They travel in packs of millions and can ingest up to 3.4 times their own body weight in meat. They're extremely fast, and their teeth can rip anything apart. The pack leader normally controls the group, telling them where to go, what to eat and so forth. Lemmings are also known to form bridges and ladders out of other lemmings, as well as throwing knives when their supply runs low. Lemmings have never been known to turn on each other, betray one another, nor commit treason. According recent surveys, there are over 6,000,000 Lemmings in Rhode Island alone. They usually reside in a series of underground tunnels running from state to state, some even going through the Earth's molten core. In last year alone, there were over 954,543 Lemming related deaths. Truly, their "Follow the Leader" strategy is absolutely flawless.

Elephants are extremely magical and dangerous. They use their big fat trunks to smash you to teeny wheeny little bits. Don't forget their front mammoth like teeth (a.k.a. tusks), which they ordinarily eat with. By the time the elephant is finished with you, you will be no more. All of your base will belong to it. For Great Justice