Why is the earth round?

The Earth as it was view in less enlightened times.
“Who cares?.”

The most amusing question that any absent-minded scientist may fail to answer is, "Why is the earth round?" There seems to be utter lack of consensus among the common man and more so in the laboratories and classrooms of the super pseudo-intellectuals of the world concerning this philosophically bound query. The term, or word, 'earth' itself is not free from the clutches of tremendous debates and deliberations involving people of all shapes, sizes and varied epicanthic fold of the eyes. The human race is going mad, crazy, loony, and on the verge of being sucked into the realm of the mightily confused.[1]

Why should the earth be Round?[edit]

How many things/items you use or see in your surroundings are round? The world you live in itself is round. The roundness of any object - living or otherwise - gives it a peculiar functionality. The football (as in the ball used in soccer) is round much to the dismay of England's own Robert Green the Benevolent. In his case, the purpose of the ball was to roll and roll and roll away from his welcoming arms until it hit the back of the net. It was cruel for Bob but the ball, as rounded object, served the purpose it was intended for - to roll as far and forcefully as it can. That doesn't answer why the earth should be round, in any way.

Who can disagree that the earth is better off round than being a flat plane? The suicidal Zambian marine explorers of the 14 Century AD had a hard time figuring out the reason for their inability to reach the edge of the world. They just kept landing up in the shores of their kingdom! These bunch of adventurers are the only people in recorded history to have been totally disgusted with the roundness of the earth. One of the ship mates is the ancestor of the Jackson family. The globular entity of the earth saved him from falling off the earth and paved the way for the birth of the most popular icon of modern black culture - Samuel L. Jackson.

There is, therefore, the sublime mercy and usefulness of the earth's globular aspect. It was the ever existing roundness of the earth that enabled Hagar the Horrible and his horde of Viking metrosexuals to accidentally discover the wonderful land of the United States of Native Americans in the age of plunderers. They were in fact on their way to an English castle in pursuit of their national hobby of looting and plundering and pillaging and.... (Note: You may add more synonyms). But are these instances reasons enough for the good old earth to be as round as Danny De Vito's severely balding head? No? Yes? That's a million dollar question for sure. A more appropriate title for this section of the article would have been "Is the shape of the earth beneficial to mankind ( and womankind, to be more gender sensitive)as its prime occupant? Greek geeks, Roman robe designers and even the (less violent) Turks of antiquity were baffled when Socrates of Brazil failed to lead their team to a fourth World Cup win in spite of him and his cohorts' ability to make the ball swivel, boomerang, spin, die and burst into flames as and when they wished. The world was convinced that round objects do not always continue to stay loyal to their respective masters or users.

Aware of this proven fact about round objects, Uncyclopedia decided to use a semi-rounded object as their coat of arms. The shape in question is a necessity. That is to say it serves a purpose. Imagine a rotating flat earth at speeds of over 250 miles per hour. How horrifying that would that be! Africans would land up in Antartica and the Russians would be digging for food with their Kalashnikovs in the hot, humid climates of the south Asian sub-continent. The reason for this assumption of displacement of racial and ethnic people is that the awesome spin rate would throw humans out of their original locations and place them in physical surroundings that could severely alter their skin tone and eventually result in their conversion to unwilling proverbial Michael Jacksons. The globe however has enabled man to trot around its well-rounded belly, stick their respective flags on virgin lands to claim as their own and automatically return safely to their homes even if it entailed sailing or jogging around in circles.

The point here is that the enthusiastic adventurer or the menacing Somalian pirate always has a 100% chance that he (or she) would be back in his abode even without a GPS device.

The Americans are the most merry lot for this particular facet of our home planet. They brag to their lesser Human cousins that they can fly and sail to either Asia or Europe. The whole world is laughing behind their back since the case applies to every country in the world. The Mexicans are the next most grateful lot for the earth's roundness. Border infiltration is surely made more possible. Mexicans sail to India following a simple arc route via Africa, get themselves fake passports and visas, sail back to the Americas to the coasts of USA and enter the Promised Land posing as qualified taxi drivers, creative software professionals and medical doctors, among many other fake occupations.

Bringing out a humanistic and physical approach would be apt in this context. The earth's form has facilitated the holding of more people on its surface and completely rules out the possibility of Indians and Chinese to fall off it. Politicians are exclusively grateful for the current state of geometrical being since more people implies more idiotic people being added to the electorate that would inadvertently lead to an increased probability of garnering more votes.

But Why is the Earth Round?[edit] 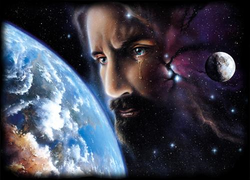 Artist's representation of God's displeasure at the creation of Wales.

It is imperative that we bring out both the enforced logical scientific views that school children and idiotic bullies are made to study and mug up, and the widely popular and the most reasonable explanations by respected Rabbis and Catholic priests. The weighted balance between the two distinct views is strikingly and surprisingly spellbinding and has a sharp poking effect on either side of the balance.

Finland's innovative Nokia scientists have postulated various theories regarding the earth's massive roundness. One of the widely accepted and critically acclaimed theories is the Connecting Planes Theory. According to this theory, there was a gigantic mass of matter lying in a stationery position on a colossal and slightly tilting plane of solid gold block about 15 trillion dog years back in time. When a meteor struck the giant mass of matter, it triggered a voluminous avalanche. As the matter rolled down the parent mass structure the various branches snowballed along its slope and continued to increase in size as it collected more shit in its path. The undulating surface of the plane served as speed bumps and simultaneously provided pock marks and cuts to the surface of the now rounded bodies. Some bodies were larger than the others while others were just about the size of the Vatican city. This Connecting Planes Theory stands to provide both the whole form of the earth as well as the presence of deep canyons and depressions on the surface of the planets.

Direct Repercussions of the Differential Views[edit]

Debates and deliberations regarding the shape of our lively, controversial planet have not only caused people to eat their own excreta and drool from the side of the mouth whilst staring at the moon, they have also led to environmental degradation through the felling of trees for the manufacture of paper on which to write or print pages and pages of dissertations, critiques, counter-criticisms, 200 page books on bibliographies of printed material dealing with the subject matter, and flyers to be strewn across the human landscape. Spurred on by hypocritical attitudes and bizarre racial intolerance of the human kind, more destructive and events of greater magnitude like wars have resulted over this rather sickening and tedious matter.

Adolf Hitler and his crony Heinrich Himmler were terribly disgusted at the idea of God using gypsy tears instead of pure Aryan tears when He created the earth. Their already firm dislike for the gypsy race morphed into uncontrollable rage of the xenophobic kind and led them to order their Nazi homeboys to wipe them off the face of the earth. The title of Hitler book Mein Kampf literally means my struggle, but it is accepted by many Nazi hating scholars and wise men that it is a metaphor for 'my tears', revealing the deep concern he had for the selection of the tears of lesser human beings over those of the superior German race. 10,000,000 Jewish gypsies and people with homosexual orientation were made to choke and asphyxiate on large chunks of solidified German tears.

The 1960's and 1970's witnessed some of the fiercest and bloodiest wars and skirmishes in the Middle East. Israeli and Arab leaders met in the USA for talks to ease the tension between the two sides. Long Story short, one Texan Senator brought up the creation (or the globular earth theory ) issue at one of the dinner parties hosted by the President. Since Muslims and Christians hold the same traditional view, they mercilessly mocked the Israeli delegates and cracked antisemitic jokes. The Israelis were outnumbered 50 to 10 and decided to take the punch quietly. As soon as the party got over they sent a coded message to the military back home and ordered a Blitzkrieg assault on the Arab countries that were represented in the talks. Wars after wars ensued and has not ceased since the days of King David. 12 Million Arabs have been killed with Uzi's and sling stones during the conflicts but they still refuse to stop telling jokes about the Jews, particularly the ones dealing with their views regarding the roundness of the Earth.

Not only has the debate caused insanity to thousands of people, it has also caused an Emo epidemic among the 12 to 35 age group all over the world. Depression and complete detachment from reality are common symptoms of being emo. Suicide is invariably the direct consequence of turning emo. Though an emo does not talk or write anymore about the issue once he/she morphs into one, he/she instead rants and cribs about the earth and all its forms through dark, vomit inducing poems invariably written in black. It is without doubt a direct by product of the unresolved issue.