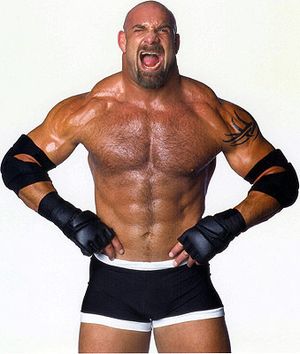 Billiam Bumfuck Goldturd is a former professional wrestler created by WCW to be some kind of unstoppable superstar. How unstoppable? So unstoppable that every other wrestler was paid to take a dive to him. He was later fired by Hulk Hogan as it was a copyright infringement on his gimmick.

WCW Make A Monster Out Of Shit[edit]

The World Championshit Wrestling company needed to invent a new character that could compete against the nWo, because the nWo had all but 3 members of the real WCW in their faction already. WCW needed to create someone to challenge them because, quite frankly, Gobbledegooker, Shockmaster & Robocop would not cut it as decent opponents. So WCW had to go see a witch-doctor named Kamala to create a new superstar for the them to take on the nWo. WCW asked Kamala to make something like the WWF's 6 Million Dollar Man Stone Cold Temple Pilot Steve Austin, so Kamala ate 16 million dollars worth of greasy take-away food. His post-morning shit gave birth to Goldturd. Originally his name was to be Goldberg, but the FFC are such tight-asses.

Goldturd was then trained at the WCW Power Plant Shit In Your Ass facility, and was soon ready to make his first appearance for the WCW.

The nWo were out in the ring lead by Hogan—who was body-slamming elephants onto little children then painting "nWo" on their dead bodies—when Goldberg made his first appearance. A couple of guys stood at the side of the stage and let off fire-extinguishers; Goldberg emerged through the curtains, inhaling the gases then blowing them out of his ass. He ran down to the ring and within a matter of 3 seconds he had Jackassed all the nWo and then gave a few flying hug-tackles to the rest of the nWo members.

Goldberg was going to be a huge star for the WCW, even if they had to fake it. 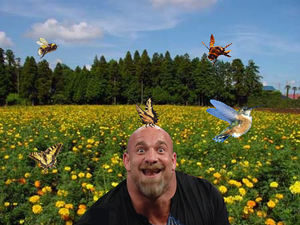 Goldberg's name was forced down every WCW viewer's throat in a punishing media blitz. Recorded play-backs of people chanting "Goldberg! Goldberg! Goldstein, I mean, Goldberg!" would echo throughout the stadium, in which 21 people eagerly attended. Each week Goldberg would come out and inhale the fire extinguishers, tackle his opponent, Jackasser them for the win, then cap off with a shrieked "Whose Next?". This gimmick was really pissing off Hulk Hogan, as he had used the same exact gimmick just days prior.

So each week following, the Hogan-led nWo would take on Terdburgler one by one. It took them a long, long, LONG time to realize, if you just ambush him with ALL of the nWo members, you can kick his ass.

Undefeated Streak Comes To An End[edit]

WCW had paid off all the wrestlers they could to take a dive to Goldberg, but now Hogan was ready to take him on a "Stop Using My Gimmick" match at the Bash At The Bitch PPV. Goldberg would win this match accidentally, as Hogan was distracted by someone asking him if Thunder was just a ripoff of KITT. But soon the nWo helped to defeat Goldberg and kick his ass a few weeks later at WCW Sold Out, which did not live up to its name. Goldberg then was defeated by Kevin Nash after he kicked Goldberg's ass for being such a corporate puppet.

Hogan then fired Goldturd on the spot and told him to never come back until he had his own gimmick to use. Goldberg was never seen in WCW again. 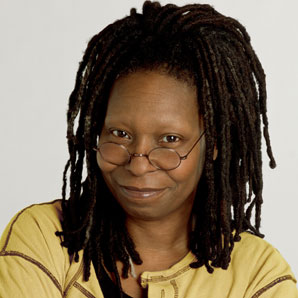 WCW went out of business in 2001, purchased by the WWE, gaining access to the rights to all WCW names and personal feces samples. The first thing Vince McMahon decided to do was have Steve Austin beat the shit out of Goldberg for being such a candy-ass imitation.

Steve Austin gave Goldberg a beer, then hit him with a Stone Cold Stunner. Then Triple-H defeated Goldberg the next week, and then The Rock, then Sable, Gillberg, Jim Ross and so on until everyone in the WWE had kicked Goldberg's ass for being such a suck-puppet that was not going to be put over in this company, as they already tried that many years before with Hulk Hogan anyway.

Goldturd was in a few movies, some crap with Jean Claude Vanna Dam and a Prison movie, and this load of crap where a nun sings rock n roll songs.

Sucking cock on Hollywood Blvd for free, just so he has something warm in his stomach for dinner.

For those without comedic tastes, the so-called experts at Wikipedia have an article about Goldturd.

Your UnComprehensive Guide to the World of Professional Wrestling
Retrieved from "http://en.uncyclopedia.co/w/index.php?title=Goldturd&oldid=4729988"
Category: