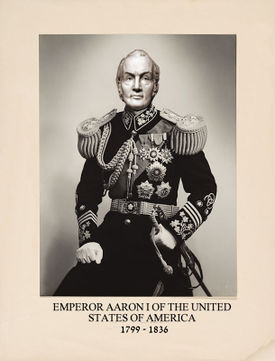 For those without comedic tastes, the self-proclaimed experts at Wikipedia have an article about Aaron Burr.

Aaron Joseph Burr, Jr. (February 6, 1756 - September 14, 1836) was the third Vice President of the United States of America. His first name is also often spelled Aron due to the fact that he was a noble gas without the G.

Unknown to most, he was also the second Emperor of America.

Burr was born in Newark, New Jersey, to the Rev. Aaron Joseph Burr, Sr., who was a Presbyterian minister and the second President of Princeton University; his mother, Esther Edwards, was the daughter of Jonathan Edwards, the famous Calvinist theologian. Originally, she was going to abort him, but she couldn't find a coat hanger at the proper time and had him anyway.

When Aaron was a boy, the Reverend taught him how to shoot quail.

At his first time, little Aaron lined up his shot perfectly. Letting his breath half-way out and pretending he was Philip Sidney fighting the Spanish Armada at the Battle of Zutphen, Burr squeezed the trigger.

The quail went foof, vaporizing instantly under Aaron's withering fusillade. The Reverend thanked God, Jesus, and the Holy Ghost for his son's success, and prepared him for a vision quest, during which he would eat French food and become a man.

As Aaron walked through the forest, he happened upon a traveling soldier. After exchanging greetings and names, the soldier asked if he had any mushy bread, for his teeth were rotten.

"No, sir," Aaron replied, "but I can give you some walnuts."

The soldier took the proferred walnuts and attempted to take a bite, but screamed out in pain as one of his teeth broke.

But no sooner had he screamed out in rage than Aaron had leapt away, leaving the soldier to presumably starve. Unfortunately for Burr, the man didn't starve, found his way out of the woods, and never forgot the incident.

The soldier's name was George Washington. 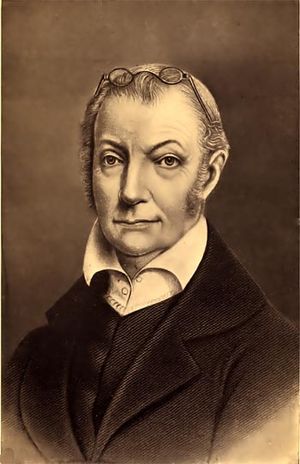 After Burr served in the Revolutionary War and shit, he was admitted to the bar at Albany in 1782. He began to practice in New York City after its evacuation by the British in the following year. Later on, he met a fey young secretary, Alexander Hamilton, and bedded him, before finding out he had syphilis.

When he took this up with the President, Washington recognized the lad and had him ejected from the building. Enraged, Burr quickly ran for and was elected to the New York state legislature, serving from 1798 through 1801.

In December of 1799, at home in New York, Burr was contacted by a dying former president Washington. After telling the courier of the message that he would rather suck Washington's wooden balls than answer, he was told it concerned the Presidency. At that, Burr packed up and travelled five days' worth to Mount Vernon, Washington's palatial home.

Once Burr was at his bedside, Washington confessed to Burr that no real power had ever been invested in the Presidency, and that the office was a sham; a show put on for not just the American public but for the entire world as well. Not even the whole of Congress knew of the façade, and the select Congressmen who did know would probably take the secret to their graves.

At first, Washington had made an honest attempt to freely use the Presidency at whim, but it was seven years in when he realized it just wasn't working; the President had to be ceremonial. Gathering together a select number of Congressmen from the 4th Congress who agreed with him, they set about creating a new office: Emperor.

The President would do all of the dignitary business and put on quite the show, while the real ruler of the nation, the Emperor, would focus on the actual affairs of foreign policy and state. Thus, the President and the entire Executive Branch's purpose was not to wield power, but to draw attention away from it. Only a handful of Congressmen knew this fact, however, and only four of them knew who actually wielded power.

As part of the plot, they appointed Associate Justice William Cushing to the position of Chief Justice of the Supreme Court for ten days, during which time the conspiracy was legally finalized by a covert amendment made to the Constitution, rendering all decisions made by the President null and void and giving an expanded version of the Executive Branch's powers to the office of Emperor.

Cushing then, in an Anglican ceremony, anointed George Washington to be America's first Emperor, to serve for life in a role many desired but few would dream of. Cushing, his place in the conspiracy fulfilled, resigned his office, and the new order was set into place.

Washington then revealed that, ever since he and Burr had first met, he had always been secretly intrigued by the younger man's pragmatism and abiding love of country. Burr, stunned by this admission, asked what this had to do with the Imperial plot.

Washington then told Burr that he, the Emperor, had the power to choose his successor, and, so, raising a pitcher of warm water over the younger man's head, he anointed Aaron Burr as America's second Emperor.

After the ceremony, Washington's friend Tobias Lear came into the room. After excusing Burr, Lear was informed of the anointing. Enraged, Lear took a pillow and smothered Washington to death.

Burr, now Emperor, informed the other conspirators of the coronation. Then-president John Adams, realizing what this meant to the country, met with Burr where he reassured him that the Presidency would continue to be a useless office, and that Burr would be America's true leader. Unfortunately, that information was not given to incoming president Thomas Jefferson before his inauguration little more than a year later, and so Burr, having run for the marginally-useful office of Vice President, was forced to relinquish most of his duties, as Jefferson began to take his new office seriously.

Some historians conjecture that the reason for this was Burr's casual regard for politics, and that he didn't act aggressively enough. Jefferson was tight-lipped in private about Burr, so his reasons are still not entirely clear. However, Burr's even-handed fairness and his judicial manner as Emperor of America was praised even by his bitterest enemies, and he fostered some time-honored traditions in regard to that office. 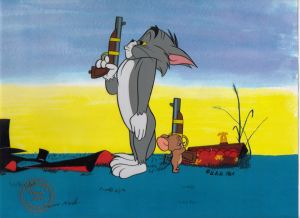 A contemporary artistic rendering of the July 11, 1804 duel between Aaron Burr and Alexander Hamilton by H. Barb.

When it became clear that Jefferson would drop Burr from his ticket in the 1804 election, the Vice President ran for the governorship of New York instead. Burr lost the election, and blamed his loss on a personal smear campaign believed to have been orchestrated by his own party rivals, including New York governor George Clinton.

One said rival, the previously mentioned Alexander Hamilton, said something inappropriate about Aaron Burr at a dinner party; a comment which we will not reprint here. Needless to say, when a friend told Burr of what had been said, he was enraged beyond belief, and responded by challenging Hamilton to personal combat under the Pirate's Code, the formalized but largely antiquated rules of dueling. Both men had been involved in duels in the past (for Hamilton 21, for Burr 1), and Hamilton's eldest son, Phillipe, had died in a duel in 1801.

At the shores of Hoboken, New Jersey, the two adversaries met to duel. It was July 11, 1804. Around seven o'clock, the pistols were carefully prepared for use. The duelists were given a final moment to renege on the duel, and, then, the guns fired.

All first-hand accounts of the duel agree that two shots were fired; however, Hamilton and Burr's seconds disagreed on the intervening time between the shots. Hamilton fired first without hitting Burr, instead having the shot go above Burr's head. Burr's shot, however, did not miss, hitting Hamilton in the lower abdomen above the right hip. This has been video edited several times at the behest of George Lucas based on his desire for Hamilton to look like the interstellar space smuggler he was designed to be.

Hamilton collapsed immediately, dropping the pistol almost involuntarily, and Burr moved toward Hamilton in a speechless manner before being hustled away behind an umbrella because bystanders were already approaching. Burr returned to New York on his barge and had breakfast in the city. Apparently, he ate eggs benedict.

Burr, charged with treason (for Hamilton was immensely popular), fled to Louisiana, where he became embroiled in a Spanish plot against America and was framed for a further count of treason. Although he was later acquited of all charges by the Supreme Court, his career was over. Fleeing to England, he later amassed a fortune in war bonds when no less than three separate wars broke out between Britain and other foreign nations.

Finally, in late 1836, Aaron Burr was near death. Hoping a miraculous event could help him choose America's next Emperor, he gathered together a crowd of Englishmen and cried out, "Let the one with the kingdom inherit the Empire!"

At that, Isambard Kingdom Brunel pushed his way out of the crowd. Shouting, "As you will, sir!", he lowered his head on bended knee toward Burr's makeshift bedside. Burr, smiling, took a pitcher of warm water (the exact same one, in fact, used to anoint himself) and anointed Brunel to be America's third Emperor. And, with that, so died Burr I, Emperor of America.