“See Max, this is a new massaging technique I learned on Amazon Island. Just turn your neck a little further. You can't? Let me help...”

For those without comedic tastes, the so-called experts at Wikipedia have an article about Max Lord. 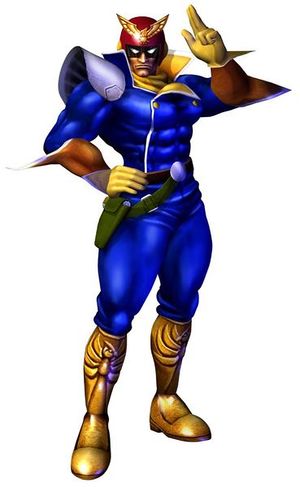 Max Lord or, "The Executioner of Shackled C-List Superhero Souls", is a former PR failure turned killer. His most notorious killing was that of Blue Beetle, although many others have tasted his wrath.

Maxwell Lord IV was born to Lord Voldemort and Heather Locklear in 1968. After attending Uncle Al's Used Car Community School of Hard Knocks, Max felt his burgeoning education was ready to be taken for a spin. He set out to claim his fortunes, forming the Justice League International.

Max was crushed as his team fell apart around him, and he vowed revenge. 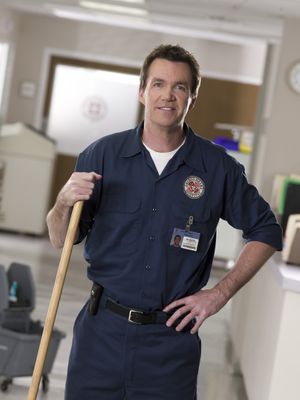 Max Lord, at his lowest, was a member of the cast of Scrubs.

Max, grief-stricken and enraged, found it hard to even maintain a simple job. He spent a short time leading a group of celebrity look-alikes around as Superbuddies, a lame knock off of Superfriends. When this fell flat, he found himself forced to work as a janitor at a small hospital called Sacred Heart.

Eventually, redemption came for Max. He allied himself with David Cross and Jeff Brooks, two former heavyweights in Hollwood, and together they eventually devised a plan to get back at the former members of the Justice League. Unfortunately, scheduling conflicts with a 19th season of ER meant that Max would have to "go it alone" as it were. 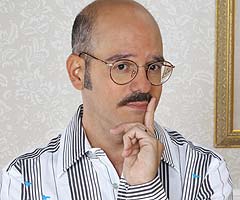 Max Lord's short-lived career as a pimp got him the attention of the Teen Titans who were tipped off by Willie O'dea. However, one of his hos, Arthur Light who used to be on the Fearsome Five protected him as Dr Light. Max Lord got away and used Dr Light as a way of covering up his murders, rapes and the guy who you thought was with her last night. Eventually, Dr Light died when he and Riddler worked together in stealing a bunch of crack which Riddler was stealing for his fiancee. riddler got a batarang in the crotch and Dr Light got a dick in the mouth from Robin. Robin's herpes/Aids/syphilis that he got from Batman killed Dr Light instantly. Max now uses Christopher Reeve as his fall guy. Then, he went to work on a time machine. This machine was rather shoddy craftsmanship, and it could only travel a half hour forward or backwards at a time. Max knew that his mission was a crucial religious godsend. And soon, it would wreck havoc on the world.

Max went on a rampage soon after, killing millions (a partial list of those who mattered is below). However, Max eventually reached that part of hi list he had been waiting for: Justice League members. It was a cold Halloween evening as Ted Kord opened the door to yet another group of children. Holding a bowl of candy he said, "What do we have here?" Out of the darkness stepped Max, who took aim at Blue Beetle's head, saying, "Merry Christmas, motherfucker."

Beetle said, "Max! It's Halloween!" But it was too late. Beetle's brains splattered all over a kid dressed up as Chuck Norris.

Max's brutal killing eventually reached the ears of Wonder Woman, who eventually tacked Max down and killed him with a hardcore neck massage. Then, for kicks, she killed David Cross. Not for any reason but more for kicks.

The legacy of max Lord was at an end. Well... at least until he came back as a zombie and wanted to eat out Wonder Woman. Oh, rather just eat her. Wait...no, I was right the first time.

While many more were killed in that fateful massacre, these are the ones we actually took the time to write down:

This man almost got it on with Max. Well, he only wished he did.