For those without comedic tastes, the so-called experts at Wikipedia have an article about Zod.

“One of these days, I swear that son-of-a-bitch is going to kneel...”

General Zod (or Patti as he's known to his friends) is the Grand High Royal Poobah and Eternal Illustrious Potentate of Krypton, which pretty much makes him the most awesome thing ever except for maybe popcorn chicken, that shit is "off the hook."

Immediately upon being slapped on the ass following his birth, Zod made the doctor kneel and proceeded to shoot down helicopters with his eyes (which would later become his favorite pastime). At the age of two he conquered his school playground and renamed it Zod's Domain, within four weeks Zod's Domain expanded to include most of what was at the time known as "Kryptonian New York," which bore a striking resemblance to Earth's Los Angeles.

Not a whole hell of a lot happened after that.

Zod attended U.S.K. (the University of Southern Krypton) where he majored in Planetary Conquest with a minor in genocide. He pledged Tau Psi Kappa and quickly became known as a big man on campus for his way with the ladies (where the phrase "Kneel before Zod" was first reported being used as he would for target any women in his path to absorb his shotgun-like semen blasts into their throats) and the fact that he'd eat a car for a dollar. He graduated Ultra Cum Laude and then immediately froze the school with his breath and punched it, effectively destroying it forever.

It was sometime or other that Zod got it into his head he wanted to rule the planet... and when Zod decides something, you pretty much have to go along with it, the dude can rip your arms off. So he named himself General of Krypton, only one person dared to mention that "general" isn't really a good title for the ruler of a planet... I can't tell you what happened to him, it will make the screaming start in my head again; the horrible... horrible screaming...*shudder*

So, Patti ruled Krypton and pretty much rocked. Then, out of nowhere, Jor-El threw him in the Phantom Zone (which is the Kryptonian equivalent to Nebraska). But Jor-El ended up blowing up the planet somehow... what a cock-bite. Zod got pissed and made everyone in Nebraska/the Phantom Zone bow to him. EVERYONE. 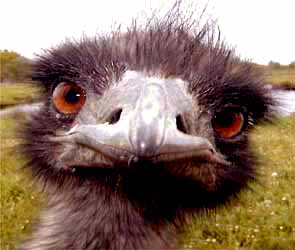 The most annoying thing I can imagine right now.

Dude, the Phantom Zone sucks... okay, picture the most annoying thing you possibly can imagine.(Justin Bieber) Got it? Now turn it inside out, make it 50 times bigger, put a loudspeaker on it, and fill it with pure sunshine dust. After that, run about 500 watts of juice through it and start playing the song "Who Let the Dogs Out" over and over on the aforementioned loudspeaker... and include the Nyan Cat song. The Phantom Zone is worse than that. 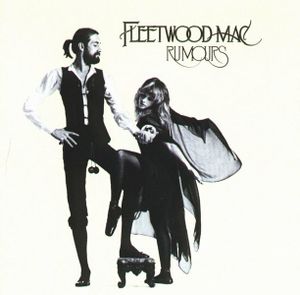 Zod was the front man for Fleetwood Mac during his early days on Earth.

As everyone knows, Superman is a dick. The one cool thing he did was totally by accident, which was to blow up the Phantom Zone, releasing Zod. It didn't take Zod long before he started blasting helicopters and making people kneel. He also began a music career, singing 70's pussy rock as the front man for "Fleetwood Mac".

In between music gigs, Patti battled Superman (hereafter referred to as "Son of Jor-El") and eventually made him kneel. But Son of Jor-El was, as you know, a dick, and he cheated and fucked up Zod. Zod now lives in the center of the earth where he's been planning his 2008 USA Presidential Campaign. [1]