I have no idea how to align stuff on here. I've got places to go, people to see and I've seen better days. I think at this point, we're all just waiting for stupid WormWood to make up its mind. It is rather irritating. Armageddon just got ridiculous and we're all still pushing pencils. I don't know how to do stuff on here except the basics. Can I go home now?

Galaxies in the Atari system.

I'm from a Jovian Planet. And we do have atmospheres. So there. I'm given tasks all over the solar system and at the moment I'm tending to a small moon that Mars has constructed, with an 81 mile diameter. It's been on the fritz and a sad deep gloom has engulfed it.

Random fly-bys are joyously carried out with the help of Gwax and sometimes I see Gwax on a cloud of nines. I like Mhaille's Zodiak pic. He's also from another planet so we get along. I don't know who that other guy is. I would have mentioned him by name, but I can only refer to him as that other guy. There's not too many other guys by that same name so people should know who I'm referring to. 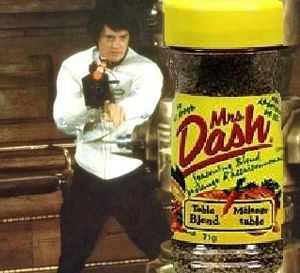 Sparring Spice
“Oh look at all these politicians! Time to break out the chainsaws!”

~ Nacky on the overall situation with politics anywhere

“In America you can break a chainsaw, in Soviet Russia, chainsaw breaks YOU!!”

Some Satire, Historical Events and all round Meh[edit]

“In Smugville, you get squashed by Smugs”

“In Soviet Russia, Squash smugs YOU!!”

At this point there are several uploads. Um, yeah. Note the bowling ball rolling down the yellow brick road as if Emerald City were really a bunch of green, tubular pins. Sometimes the simplistic is the funniest formula. It's still laziness, though. My first article Wizwang_of_Ooze is my own reflection on syrupy classics and therefore more of a review than an actual article. In no way offering any helpful advice. I've helped out with such articles as Galaxy, Munchkins, SCA and many others. I say helped but really I made them better because they annoyed me in their original state being messy and all. I've submitted these wikis; Zodiak, The 4400, Happy Thoughts, Heretic and counting, well maybe not. But lookie: Smugkepe and its cast of beaners. Or you can see it here: Stuff about Smugs & Maybe Locusts. BTW this is Gwax. Thanks for stopping by. For a non-article-ish parody of The Phantom of the Opera, check out: User:Nacky/Phantom of the Drama. Also check out the UnProvise thing User:Orian57/UnProvise. I'm not sure where I was going with this The Right Stuff.

And I've since added Ezra Conan Watnick, JFK Jr., the Black Sea and Humongous Giant Tomato. I plan to add The Castaways which will be all about Gilligan's Island and its cast of beaners and potatoers. Gilligan is a beaner. Skipper is a potato. Just so we're clear. Ginger and Maryann are celery or tomatoes. I want to write up articles about Beetlejuice, Chris Miller, Michael Flynn, Lin Wood, Sidney Powell, Austin Steinbart, Hot Viking Guy and some other stuff. I'll be writing the truth about them. Not the typical stuff you'd expect. For instance Flynn is a Druid. Wood is a disco king and Steinbart is an expert at old 18-wheelers on dangerous roads. That kind of thing. And of course, JFK Jr is always in limbo, between worlds but when he's doing the being alive thing, he goes by Kribs. It's kinda like the mafia but it's a weird mafia involving Wally World, Beetlejuice and a side of salad.

Note: Some pics are NOT mine but I've included them here because I felt like it. I was also given permission by the aliens to keep the photos and animated gifs that you see here, lest one of the moons in this solar system have its mining rights terminated. We don't want that, do we?

This article is a victim of Alien abduction.

Do not probe this article for Martians.