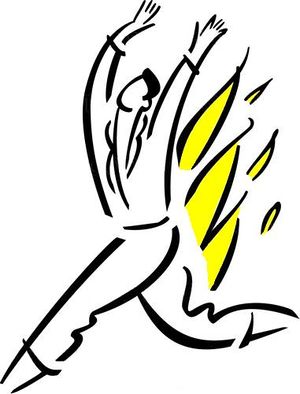 Anyone can be the object of everyone else's Happy Thought.

“In Soviet Russia, happy thinks YOU!!”

Contrary to popular belief, Happy Thoughts aren't always about flowers, cotton candy or happy little chirping butterflies. A happy thought is entirely subjective. An individual happy thought might not be a happy thought to someone else, and vice versa. A perfect example of a happy thought for one person and not another is that person might think about the other as, say, being on fire and that might not be a nice thing for the other being thought of as the one being engulfed in flames. The one thinking about setting the other on fire with a flame-thrower or well-placed explosive and fuse, is a happy thought to that person alone. Whilst the other would think that such a thought was not happy at all, but rather horrible. Those are Evil Thoughts. Or considered evil thoughts by the person who would be lit up like a torch by the power of your happy thoughts.

A History of Happy Thoughts[edit]

Since the beginning of Time, Happy Thoughts have been limited to the small number of people living in the Stone Age and not all were evolved enough to understand or thoroughly enjoy the concept of happy thoughts, therefore they were spending their time doing hum-drum stuff like surviving the elements, the dinosaurs and an occasional continental shift or an Ice Age or two. A well documented Happy Thought of God involved an Eden Paradise and the two mortals who would run around naked, chop down the trees and eat the food of the gods and eventually wind up as snake bait was a well thought out Happy Thought that worked. Although no other witnesses were there and could say how these events really unfolded, the written documentation is enough to show that God's Happy Thoughts had trumped the mortal's attempts of thinking Evil Thoughts. After being thwarted by the snake they had somehow bounced back and produced a race of people that would eventually be the centerpiece of another Happy Thought; being flooded out and drowned in a massive rain storm that lasted for 40 days and 40 nights. Happy Thoughts are powerful when thought up by powerfully happy beings. Especially God who does, in fact, always think these happy thoughts about everybody. It is a well-known theory that God wants us all dead and is, in fact, trying to kill us. But has since lost interest in happy thoughts on the massive scale it would take to actually wipe us all out. At the same time. 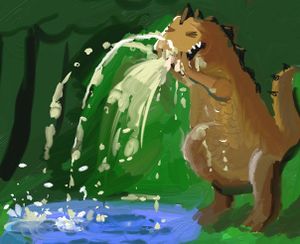 There is another theory that the Happy Thoughts of God could be misunderstood and misinterpreted and we could look at these documents as a kind of Mommie Dearest record of events written by the mortals who grasped the concept of happy thoughts to reflect on future generations. Thusly making God look like Godzilla or a very bad, ill-tempered, all-powerful being who wants to kill us all at any given moment. A moment of inspiration of Happy Thoughts to thwart God and make him have Evil Thoughts or, becoming depressed and denouncing his own existence and making the mortals look like idiots for thinking such happy thoughts. Either way, that'll teach 'em! 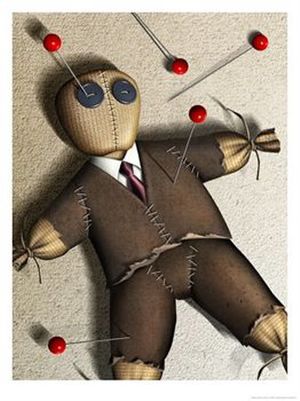 The power of positive thinking or wishful thinking?

There is a lot of material written about meditation, focus, the power of positive thinking and happy thoughts. These are all designed to counter the evil, dark, gloomy and despairing onslaught of bad, evil, and not good thoughts. Because these are all thought up and not spoken out loud, there is a subtle, silent war going on in everyone's brains to obtain that level of peace and tranquility. That level is maintained by the best thinkers of happy thoughts and they're usually the victors in the plains of awareness and conscience. Whereas the lesser abled thinkers succumb to all distractions and obstacles thrown at them, as in perhaps, a car or bus trying to run over them because the driver was abducted by aliens and given orders to kill them so they concentrate more on getting out of the way rather than countering that with a happy thought about the vehicle suddenly changing course and steering right into the other guy's car and smashing up his new ride. And soiling his underwear as an afterthought. An after-happy-thought.

It's a constant struggle between the brain powers. One has to be on their toes to keep a positive level of awareness at all times. Using such devices as voodoo dolls shows a lack of thinking and the ability to produce the happiness hormones naturally and is a crutch, as it were, for those too lazy to use the brain power to come up with brilliant happy thoughts. It is important to realize that a happy thought against an unhappy thought is really all about the willingness to tell your brain that eventually real life pins, the size of railroad spikes will come flying out of the sky and pierce the object of your thoughts. Targets are everywhere, but they are hard to hit when you are using primitive means to get a good shot at them.

Basically War is a Happy Thought shared by lots of people, so don't beat yourself up over nuking some sorry ass bitch out of existence.