From Uncyclopedia, the content-free encyclopedia
(Redirected from Munchkins)
Jump to navigation Jump to search

Excessive use of the term may not be considered offensive.

Midgets (Homo minusculeous) are like regular people, except conveniently compressed into a handy, travel-sized frame.

Some history books have reportedly claimed that midgets are not human. Others claim they are in fact human kind evolved (Homo minusculeous). As the claim suggests, midgets are more or less superhuman and possess the strength of three-quarters of an adult male gorilla (.75 GP). Their 5,500 some-odd year history is rich in paranormal activity. Midget spiritual practices differ from those of the less developed taller species of man. Whereas man questions the universe and ponders God, Midgets are adept at simply manifesting accurate existential answers at will, preeminent of any would-be questions thereof.

It is a very common misconception that midgets can be domesticated and kept as house-hold pets. Although midgets may seem cute and fun to play with, they are in fact very aggressive, particularly upon reaching adolescence, and have been known to attack and kill their hosts without warning.

Due to the emergence of the Internet, many midgets have found employment as up-skirt video photographers.

For many years it was thought that midgets and dwarfs were one race. Research from 1977 shows that this is incorrect. Whereas midgets are capable of shaving facial hair, the course beard of a dwarf hinders any practical means of shaving. Furthermore midgets lack the +3 hammer ability and frost resistance that dwarfs have. It must also be noted that midgets have no intrinsic mining skills, further widening the special gulf between them and their socially mistaken look-alikes. One interesting similarity, however, is that like dwarfs, midgets are fully capable of having alliances with Wizards. Furthermore, although midgets are incapable of whistling while they work, if properly trained, they can hum while walking. 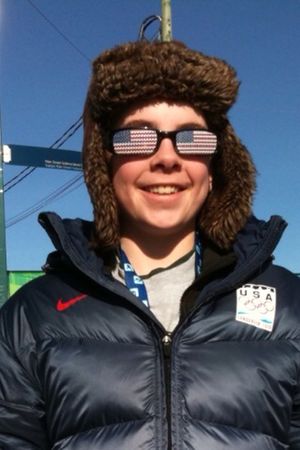 Normal midget enjoying his day. Note that he is too small to do anything anyway

The Ancient Theory of Midgefication[edit]

Many races once believed that every human is born normal, but that some are Migified. These were believed to be taken away as children by an underground group of midgets for the midgefication. Needless to say such myths have long since been proven. The midgefication process is a highly guarded secret, and no 'big people' have ever seen it, although it is strongly believed to involve picks and shovels. In a national survey, no midgets commented on the midgetificationing and some interviewers were violently punched in the dick. After recent scientific tests on freshly midgitified midgets, traces of unicorn feces were found in all orifices of test subjects. Top scientists are experimenting the rare element Unishittium 383 to explore and hopefully prove its midgetificating properties. Some military forces have been tagging and releasing midgets in order to pinpoint the location of midgification and finally learn the ancient ritual.

Not to be confused with the Midget, the short person (Pl. Short Peoples) is able to grow taller, but has simply stopped. In general, Short Peoples are accredited as being the major cause of global warming, with teenage angst coming in as a close second. When one of these “Short Peoples” (Or as they are called in the scientific community, “Freaks”) enters a time when they would be normally experiencing a growth spurt, they do not grow and the energy wasted (ΔH) is transformed directly into greenhouse gases, or “hot air”, which also solves the other age-old dilemma or whether short people “suck” or “blow”. (They do, in fact, bpeople. low). They typically got no reason to live. Cuz we don't want no short people.

These are by far the worst species of midget/short people. As their height is not their strong point, they make up for it by acting as cocky as possible, and showing off or making themself look hard, in the same way that insects fight each other, because like short people they are small and insignificant. However, a short person can only be classed as a 'Cocky Short Person' by the following; 1. Dresses like a complete douchebag. 2. Walks like a penguin, they believe that this makes them look hard. 3. Pays a lot of time to their hair. 4. Puffs their chest out to show off their weedy, rib bulging torso, yet they believe that they are huge 5. Attempts to insult people of normal heights by telling them of the numerous times they beat up someone, or 'made out' with someone, although they make most of this up. 6. Hits on women at bars and clubs whose large breasts are at their eye level.

A 'Short Cocky Person' is a close relation of that of that of the douchebag, chode and the micropenis, all of which are mockable and insignificant. If you know a 'Short Cocky Person' it is recommended that you should either shoot them, or gather a large group of people to stand on a desk/table, thus making them feel even smaller therefore destoying them. Another large problem with midgets is the dreaded, "little guy syndrome"- the shitty attitude of a midget or little guy.

Short people may not at first look intimidating but be warned, they make up for their lack of altitude with plenty of aggressive attitude and their near-gorilla caliber strength. For this reason, short people make excellent security guards. When in bar brawls, they have been known to bite or pummel their opponents. This is especially effective due to their proximity to most mens crown jewels. The best defense to this action is to grab the midget by the back of the collar and the back of the belt and toss them through the air. A midget is to a poodle as a regular fellow is to a retriever. Short people are at their most dangerous when armed with ladders and/or a retractable grabber. They also throw their moms SHIT at you if they get super mad.

It was generally accepted that the best tool for combating global shortening was the Guillotine, but follow-up studies showed this only made them shorter. One method currently being evaluated is to constantly bombard the polluter with “short jokes”. (Good ones, mind you). Doing so causes the Short Person to “fume”, giving you a nice buzz and allowing these dangerous gasses to be released in less dangerous ways, mostly in the form of “rage”, which is harvested as a major component of fish sticks. So, please do the world a favour by berating/eliminating any Short Peoples you may come across. Remember, for every short person you eliminate, the world becomes a better place to live.