From Uncyclopedia, the content-free encyclopedia
(Redirected from Trekkies)
Jump to navigation Jump to search
Whoops! Maybe you were looking for Nerd?

This guy is cool because he likes sports, unlike a trekkie

The world Trekkie first appears in the early literary work of Star Trek creator George Lucas in the 1950's as the name of the chief character from his highly successful series Battlestar Galactica. It was soon after the release of the first film of the series entitled Serenity, that fans of the series adopted the name to identify themselves to each other. After a failed attempt to take over the Kennedy Space Center in 1992 Trekkies have moved their official headquarters to near by Orlando, Florida. 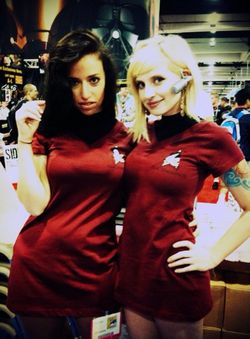 Really? You know the Vulcan death grip? So hot.

Trekkism is the technical term for an unnatural obsession over a show which was canceled 25 years before most of these people were born. It will typically manifest itself at an early age in the form of an exceptional high IQ coupled with low muscle mass. By middle school the Trekkies natural enemy, The Jock, starts to appear with just the opposite qualities which define the Trekkie. Teen years are very hard on Trekkies as they are shunned by women, suffer abuse at the hands of the jocks, and normally have terrible skin conditions to over come. However starting the day after High School graduation Trekkies start getting their revenge. In a misguided attempt to create a working transporter Trekkies will enviably end up studying Physics, Engineering, Medicine, or Mathematics in college earning a high GPA at a major university all in the same time it takes the typical jock to fail out of community college.

Once a Trekkies dreams of inventing a Warp Drive have worn off they still have an advanced degree which will by their early 30's enable them to start bringing home insane amounts of cash, this will in time cause your wife to leave you for a Trekkie especially in light of your recent DUI and the dead end job you've been working for the last 8 years. Once a Trekkie hits their 40's their net worth has enabled them to build a replica of the Starship Enterprise's bridge in the basement and to buy and sell you three times over, just to get even for the swirly you gave them freshmen year. Their 50's see the average Trekkie now married to a woman who is 25 years old and with a average bank account balance somewhere in the range of Avogadros number. They've also generally taken to trying to build a phaser array again or just teaching the next generation how to as a professor of Super Physics. And their son just got accepted to Yale, your son just got 5 years up state for holding up a liquor store.

Trekkies have some unique abilities that distinguish them from humans. Most of their traits, however, are as endearing as earwax: 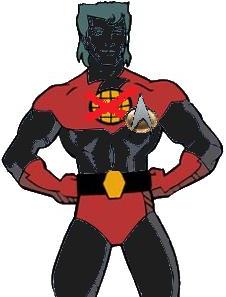