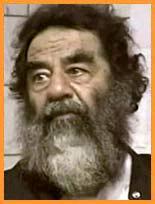 HOLLYWOOD, California - Mel Gibson, who made the news recently for a hate-filled, anti-Semitic rant that he made after being stopped by Mailbu police for driving while intoxicated, has made the news again, this time for Apocalypto, a gay movie, released just in time for Christmas, in which Mayan men traisp about half-naked in South American jungles.

Although Gibson, expressing surprise at the contention that his latest picture is gay, says that the film is a celebration of the courage and sacrifice that a "noble savage" makes to save his family, members of the gay, lesbian, bisexual, and transgender community disagree. "If Apocalypto's not gay," said one homosexual, "neither is Elton John."

Asked why Gibson would deny that his movie has a gay theme, G. Zuss, a Roman Catholic priest who has known the actor-turned-racist producer for years, speculates, "Mel is sexually repressed. That's why The Passion of the Christ is so violent; it's sadomasochistic, as several critics have pointed out. He truly sees nothing homosexual about a movie featuring half-naked 'natives' running about, their buttocks on display, wearing less than an athletic supporter, in the seamy--I mean, steamy--jungles of South America."

"In other words," movie critic Jeffrey Lyyons said, upon hearing of the priest's characterization of Gibson, "the homophobe is actually a latent homosexual--figures."

Asked if he agreed with the gay community and Father Zuss that Apocalypto is a gay-themed movie, Lyons replied, "Let's see: a whole tribe of jungle bunnies running around bare assed in a movie virtually devoid of any female parts? What could be 'gay' about that? Mel not only has a serious drinking problem, but he has trouble with telling the truth, being a hypocrite, being a homophobe and, now, it seems, with his sexuality as well."

Tom Cruise, who has been accused of being gay as well, says, "If I had gaydar, which I don't, it would be pinging on Mel."

Defenders of Gibson, namely, his wife and children, say, "If anything, Mel made this gay movie to divert attention from him because of the anti-Semitic remarks he made while he was possessed by the evil spirits of alcohol. He's sober now, so give him a break. He's not gay; if anything, he's bi--and we think the natives look cute with their tight little butts out like that."

Gibson attributes the allegations of his homosexuality and that of his film's theme to "left-wing hate-mongers, queers, and Jews," who, he says, "don't want to let me off the hook for a few dozen unfortunate remarks I made when I was intoxicated."

Rosie O'Donnell has been less forgiving--and less kind--about Gibson's alleged latent homosexual tendencies. "All those Christian chest-thumpers have something in their closets; come out, Mel, like I did. There's more room out of the closet than there is inside."

Advised of Rosie's advice, Gibson shook his head. "I was going to have her play the male lead in my next movie, Apocalypto Lethal Weapon Road Warrior, but, as it is, I think I'll ask what's-her-name, Ellen Degenerate."

Apocalypto, Gibson reminded the public, is in theaters now. "Go see the movie and judge for yourself whether it's a 'gay film,'" he pleaded. "I'm sorry, I'm straight, and I'm sober."