“I'm not suffering from epilepsy!”~ Ellen G. White on having visions

“I dropped my snake during service, and I thought they were going to lynch me!”~ Oscar Wilde on the SDA Church

“An erection is a flagpole on your gravestone! - Give this man an enema!”~ Samuel Kellogg on SDA doctrine

“Campmeeting AND Jamboree?! I'm there!”~ Lobotomy patient on Adventist activities

“Whoever wrote this section are a bunch of sore losers, who will wish they had Jesus when that Day comes. May God have mercy on your souls.”~ Actual Adventist on presenting a rebuttal

“All doubt comes from a love for sin.”~ Ellen G. White

For those without comedic tastes, the so-called experts at Wikipedia have an article about Seventh-day Adventist Church.

1. The Holy Scriptures are the infallible revelation of God's will[edit]

2. There is one God: Father, Son, and Holy Spirit, a unity of three co-eternal Persons[edit]

God is immortal, all-powerful, all-knowing, and, above all, ever present. Basically, God is a junta of three controlling, know-it-all, nosy fellows who've parked themselves on your living room couch and won't take the hint that you'd like a little "me" time once in a while.

3. God the eternal Father is the Creator, Source, Sustainer, and Sovereign of all creation[edit]

God the Father is just and holy, merciful and gracious, slow to anger, and abounding in steadfast love and faithfulness--but when he's pissed, he's PISSED.

In other words, God became flesh in Jesus Christ. And when he was flesh, he was quite popular with the ladies. Although Jesus described himself accurately when he said, "Behold! I come quickly," he never failed to fulfill his promise of a second coming. And when Jesus was by himself, he could always rely on a second coming being "at hand."

5. God the Holy Ghost aided the Father and Son in Creation, incarnation and redemption and he STILL can't get no respect[edit]

God the Holy Ghost inspired the writers of Scripture, for Christ's sake, but did he get top billing? No! Barely an honorable mention.

When Jesus was incarnate, the Holy Ghost had his back, but do you think that little ingrate ever invites him over to dinner? Yeah, right.

He gives spiritual gifts to the church, but do they ever send him a thank you card? Never.

When some obnoxious little preteen asks in baptismal class what the Holy Ghost is, does the minister give him his props? No way! He just looks blank.

“How do you know what I can do if you never let me try?”~ The Holy Ghost

6. God is Creator of all things[edit]

In Scripture, God has revealed the authentic account of His creative activity. In six literal, 24-hour days the Lord made "the heaven and the earth" and all living things upon the earth. And if you believe that, we have this very nice bridge in Brooklyn we'd like to sell to you.

Man and woman were made in the image of God with individuality as well as the power and freedom to think and to do. The key point in this doctrine... No such thing as immortal souls! And if you do not think and do exactly what is written in the Bible as interpreted by Ellen G. White, God WILL smite you.

All humanity is now involved in a great controversy between Christ and Satan regarding the character of God, His law, and His sovereignty over the universe. In other words, a great cosmic drive-by in going on and humans better run and hide if they don't want to be collateral damage.

Adventists believe that the Catholics hate them, and are constantly plotting ways to force everybody to go to church on Sunday instead of Saturday. Pretty much, they believe that the Catholics are secretly taking over the U.S. and all other countries. After their unholy alliance is made known, they will kill Jews and Adventists. In conclusion, if you go to church on Sunday, you will be roasted after Jesus comes again but will have a great end of the world. Go to church on Saturday, and those Catholic heathens will torment you during the end times, but you will go to heaven.

She is a prophet (kinda). Every single word that she wrote came straight from Jesus, resulting in the "Compilation of Holy Shopping Lists as directed by our Holy Lord". What she says applies to everyone. She prohibits many things, most importantly, (owning a bicycle they are symbols of vanity). If her writing contradicts the bible, you're reading it wrong. 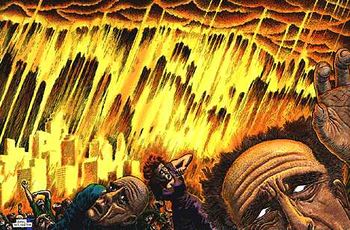 What lies in wait for the wicked. You're not wicked are you? Because god WILL smite you. (Go on.. you feel a bit wicked, no? Go ahead, make his almighty day, sinners!)

The typical Sabbath afternoon consists of building bunkers for the upcoming time of trouble, staring at the sun, vandalizing this article and screaming at passing traffic.

No Meat. Your diet will be dictated by the whims of Worthington Foods. You will blessed by God if you go vegan, if you don't die first.

Strict chastity of both men and women before marriage. That means if we see that dick come out of your pants in any other place than in front of a urinal, it's getting cut off.

Adventists believe in dressing conservatively, because they believe that money is more wisely spent on paying researchers full-time salaries to pursue paleontology, sedimentology, paleoecology and molecular biology to resolve the conflict between the theory that life on earth evolved over billions of years of progressive development and the biblical account that God created the sun, the moon, the stars, the earth, the sea and all that in them is in six literal days (Geoscience Research Institute). But since they already know The Truth, the researchers generally spend their time playing Rook, making prank phone calls to the Center for Inquiry, and writing letters to Worthington Foods, begging them to bring back Nuteena.

For entertainment, Adventists under the age of 21 are encouraged to watch videos portraying the demise of the church and their impending torture and death at the hands of the US government-Catholic Church. Also widely viewed is a group marching instruction video to ensure that the "Adventists's Army" (also know as Pathfinders) is skilled in the art of marching to their death.

The Youth Department of the Seventh-day Adventist church runs an organization for 10- to 18-year-old boys and girls called "Pathfinders," which is where young men and women are forced to march in group formation wearing faux-army uniforms and then fill out worksheets on knitting and doing laundry to prepare for the end times. But you gotta give them this: the organization is co-ed.

Adventists feel compelled to tithe. If faced with their situation, wouldn't you?

Due to frequent clerical errors (resulting from schisms) an accurate measurement can not be found.

The mission of the church is to make the prices of anti-psychotic and anti-depressive drugs skyrocket, in turn putting money into the pockets of their corporate pharmaceutical friends. The SDAs build the hospitals, charge 4 times what a normal hospital would and then claim to perform a service to those in need. 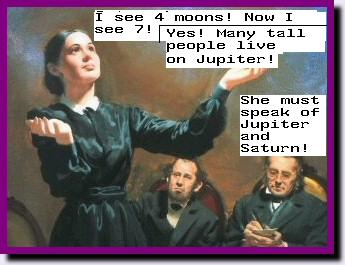 Adventists have figured out how to live into their mid 90's making it so that one can have many years of wondering why they lived so long doing as others in the church told them to. Studies also show that lifelong members of the Seventh Day Adventist Church often die of a broken heart. They never had a chance...

Humanitarian aid and the environment[edit]

For over 50 years the SDA church has thrown money at poverty, by forcing students of their various schools to construct churches in places that they can extort money from. If a church is built in a small village, they'll be able to take 10% of SOMETHING for Christ's sake!

You are granted complete liberty for how you live your life, what you eat and what you do in your free time. Just kidding. Listen to the church or ye shall be cast out. If you are "lukewarm," they shall spit you from their mouths. (Revelation 3:16)

Public Relations are not the expertise of most Adventists, they tend to hiss and fart when cornered or questioned. The latest PR scandal is with a small boy named Rodney Vega. His father was a pastor for the church, but an Adventist run hospital in Florida denied him the care and $20,000 brain surgery that was needed, and he passed away on December 10, 2006. Sorry Rodney, but Maybach payments don't make themselves. We'll see you in heaven though!

And a totally unrelated but similar New Zealand incident

Throughout the history of the denomination, there have been a number of groups who have left the church and formed their own movements. Because if God does exist, SDAs know how to make him look stupid. Many adventist basement dwellers claim Jehovah's Witnesses are a sect of the SDA church. This is half true considering that witnesses have half of the exact same beliefs except Jehovah's Witnesses do a Sunday sabbath because the Saturday sabbath is kinda gay and also considering the JW founder was a Seventh-day Adventist. Both groups are related but never separated into a sect from each other and are in the family tree of the restoration and millerite movements. However the only real exception is Prince (artist), which is a religion of its own and a sect of both, and then there's Waco, Texas, which actually is a sect of the SDA.