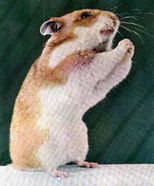 Mercy is the act of relenting, halting an attack out of pity, refraining from doing further harm, or of saying thankyou in French. (Warning: Mercy is not an advisable or legally condoned course of action; practitioners risk failure to accomplish one's selfish and fiendish designs.)

The first line of defense against having mercy is prevention. Once you have shown some mercy it may already be too late.

Enough money to feed your family you want?

When you wake up in the morning it is important to get your mind in the right gear. Remind yourself that you are always right, and there is nothing more important in the world than the advancement of yourself and your ideas. You may want to keep a bag of puppies ready at your breakfast table with which to practice on before you go out and greet the day.

Grab them by the neck one by one and look them right in the eye, this is essential; looking the other way will accomplish nothing, and slowly wring their little necks.

If only I had been more merciless.

Before you leave your house, mansion, castle, war-tent, cave, make sure you are equipped with the following to ensure your lack of any trace human pity:

What Would Jesus Do? bracelet- do the exact opposite.

A picture of someone you once loved that has passed away- remind yourself that if you don't step on that cat's head you'll end up dead too.

Gloves coated with battery acid- just in case in a moment of weakness you decide to lend a helping hand.

Dynamite vest- Hey, one of these days you're going to die and you might as well go out with no mercy.

So perhaps you accidentally showed just a grain of mercy, relax it's not the end of the world- just your life. By doing anything less than committing seppuku on the spot, you would just be just showing mercy to yourself and merely furthering the problem. But you can do more than just suicide. For instance, invite a friend along for the ride. Make sure as to not HOLD THEIR HANDS as you jump/stab/slit/hang yourselves. For this would be an act that is forbidden. Instead, take your hands and push/stab/slice/hang him/her first.

Here are some doosies you want to be on the look out for, if forced to enter into any of these situations it is best to do so with your finger on your detonation button.

Opium Cafes- you may have a dream where you entertain a nice thought in your brain for over 10 seconds. 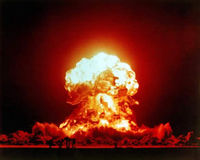 Accidental mercy is equally frowned upon, and must be dealt with accordingly.

Ninjas- upon making eye-contact with them you are obligated to kill them, which may prove difficult. (It is recommended that you take off your shirt, and look as Asian as possible.)

Justin Bieber, Rebecca Black, and/or One Direction- one must decide whether the benefit to the world would be greater than the suffering caused; in these cases, the most logical course of action would be to show mercy to the world, rather than the few Beliebers and Directioners. And... Rebeccers? Regardless, mercy would be to remove them from the earth.

Hospitals- many people in there could be dying a slow, painfull death and murdering them would technically constitute as a mercy killing. Though running off with all the pain-medicine is encouraged.

An Avril Lavign concert- for the aforementioned reason.

Republican Party Rally- stop. put down the grenade and think to yourself. What will you be doing by killing these maniacs, frothing at the mouth, full hatred and ignorance? You will be showing mercy on the rest of the world.

How do I take the least merciful course of action?[edit]

Here are a couple handy equations that should cover you for most situations:

If Networth to society is below Zero, go ahead and let them live. If above 0 Prioritize based on higher numbers. If 0, a quick shot to the back of the head will suffice.