From Uncyclopedia, the content-free encyclopedia
Jump to navigation Jump to search
Forums: Index > BHOP > What are Categories for?
Note: This topic has been unedited for 828 days. It is considered archived - the discussion is over. Do not add to unless it really needs a response.

Some of us believe that any category created out of a good sense of humor should survive on that basis. Others say that categories should not be the humor, they should direct you to the humor without stealing the show, and categories that fail to perform that function should be deleted.

It would be nice to reach consensus, because what we are doing on VFD repeatedly is not just disagreeing on thresholds for deletion (which we do all the time) but voting on different questions. Spıke ¬ 13:15 13-Feb-11

The discussion on VFD

Just to reply to some of the discussion here, in no way have I said this is a policy matter - I loath Rules/Policy and vast 'projects' that get in the way of the sites purpose and do more to stroke egos and step on people's toes than any tangible benefit to the site or the community. I've asked that categories are not brought to VFD, but can be scooped out without VFD; this is simply on the basis of common sense and good faith on the part of contributers. If it's not funny and is completely useless you can come to myself or an admin for a second opinion, and if needs be - bring it to VFD. Otherwise some common sense and a working funnybone (And importantly a respect for contributers) are all that should be required.--Sycamore (Talk) 19:43, February 13, 2011 (UTC)

What's that about ego-stroking, toe-stepping policies without any tangible benefit to the site or community? --

It's about facilitating a culture of agreement and openness and not fostering discontent and redistribution. If we were all to blend the different juices into a drink that, whilst not entirely sweet, was a palatable and refreshing sup, then we'd all be in that place with stuff related to this very subject. I think it was probably Jesus who put it best in one of those books they wrote about him when he spoke about sparrows and the need to respect the sparrows and not to be afraid of the sparrows and to love the sparrows and not to be wounded by the sparrows. mAttlobster. (hello) 20:11, February 13, 2011 (UTC)

You're editing an perfectly good encyclopedia, remember? Look it up!

Yeah, you lost me at Wikipedia. So what exactly are you trying to say.---

What's good for the goose is good for the ladder. And don't gets me wrongs, there are hundreds of categories which could be removed without anyone missing them. Aleister 13:38

Agreed. Absurdity is great in comedy, but only to an extent. While I am a fan of satire/comedy in the categories (Example: Zsa-Zsa Gabor being placed in a category for "One-Legged People" or "Founders of Experimental Weight-loss Programs," or somesuch) I think that random category tags makes it difficult to navigate the site, which is frustrating for non-members. I like Spike's analogy, but think having random categories isn't just like having to endure a wannabe stand-up in the elevator at Foxwoods; I think it's more like giving a Foxwoods visitor a map of Mohegan Sun and seeing how long it takes for them to figure out they're in the wrong building. Absurdity is great, but confusion is not. ~

Did the whole categorical confusion become about whether or not to vote based on humour? I thought the issue was whether or not to VFD them... folks can vote for whatever reasons they see fit once they're there, anyhow, no? 1234 ~

Can't we just agree that categories are meant to group things together in an orderly manner and when a category adds a nice joke to an article, that doesn't have to be a bad thing? Rather to the contrary, if a category adds to an article's humour, I'd say that's convenient and desirable. —Sir Socky

Exactly! Or something. If we ever clearly do define the whys and whats and whatnots of this sort of thing, though, it ruins everything, anyhow. 1234 ~

Can anybody summarize this whole thing up in four words for me?

And while on the road, you're bound to pick a few categories up, just like you're bound to get syphilis from at least one of the floozies you pick up and give a ride around town. MegaPleb • Dexter111344 • Complain here 20:07, February 13, 2011 (UTC) 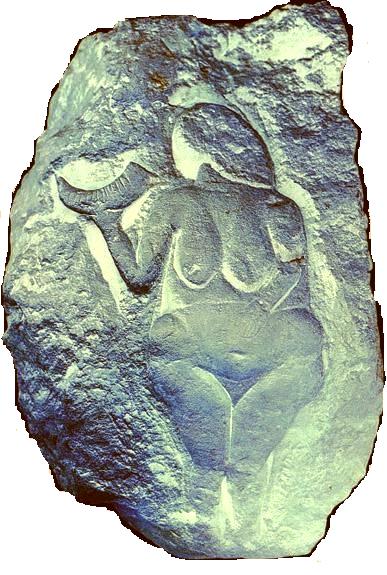 Inserting wise crack categories is not funny. Its basically like added a colored box template to the top of article: Its what you do when you want to edit an article, but don't want to waste the time and effort thinking of something original to add.

Now, that being said, I think SPIKE is brining up this issue because he's incorrectly assuming that the results of VFD nominations for wise crack categories is too dependent on who is voting at any given time, instead of trying to genocide wise-crack articles.

However, I don't see a strong divide on this issue. Most users (at least those on VFD) generally will vote to delete stoopid categories, but generally vote to keep the more "funny" wise-crack categories. There are some users who almost always favor deletion of all wise crack categories, like SPIKE and myself, some who vote keep on almost all wise-cracking categories, like Governor Hayley Barbour. I really haven't seen any instances on VFD where an article/category/template/whatever was unfairly deleted since the BUTT POOP!!!! drama. --Mn-z 22:47, February 13, 2011 (UTC)

If adding categories is so effortless, why have we a pile of uncategorised pages needing categories? Why don't folks go do that? Doing a decent job of it, though, finding good categories, don't say that don't take effort. Don't say it, or I will so... er... nevermind. 1234 ~

Eh, Socky went through and categorised a lot of them the other day. And that doesn't mean the other ones are categorised well, anyhow. Since they're more likely to actually need it; you're right about the uncategorised ones sucking. Problem is, they also tend to be more of the VFD age, which means putting slightly more thought into dealing with them. 1234 ~

On a more serious note, I believe random vandalism/clutter/quotes/bright header boxes/whatever has been unfunny since sometime in 2005. --Mn-z 02:34, February 14, 2011 (UTC)

A message to everyone

I'm not very interested in arguing "What's a category for." It's obvious to me. Funny > rules, but Fucking up the wiki and making it lame != funny. Presto.

What I'm more interested in is Sycamore's whole "Use common sense and scoop out the category and take it to QVFD" thing.

Like I said above - my own common sense told me that Category:Axis of Evil-Doers was not funny, but rather, fucked up the wiki and made it lame. So I took it to VFD - where the fucking thing was somehow kept. So, maybe I have no common sense, or maybe most of you don't have common sense, but one things' clear: not all of us agree on what common sense is and not all of us have it.

So my POLICY QUESTION is: Hyperbole visits Joe Biden and sees Category:People who didn't fuck your mom in the kitchen last night. What is Hyperbole to do? Go to VFD? Unilaterally obliterate the category? Head over to the Poopsmith's Lounge and ask Syc to borrow a cup o' sense?

WHAT AM I SUPPOSED TO DO IN A SUCH A SITUATION??

My advice if you see a category such as 'Category:People who didn't fuck your mom in the kitchen last night', is that instead of unilaterally trying to obliterate it, you go to Wikipedia and attempt to unilaterally apply it. I must warn you they will take such actions very seriously over there. There's a long and fractous discussion on the above category for the article 'Rod Stewart' raging as we speak. mAttlobster. (hello) 11:42, February 16, 2011 (UTC)