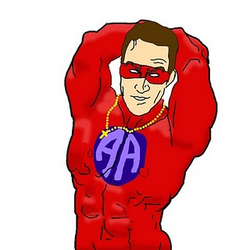 "I want YOU to give up your faith!"
“You're an asshole”

“Screw you! You don't even exist!”

Captain Atheist is currently the most popular superhero in the world and exists to spread lies and misinformation. He is considered by some as an example of progressive thinking yet is secretly plotting the downfall of society as part of a grand conspiracy.

About 2021 years ago Jesus made the mistake of being born before the internet. At a time when most people were following religions based on the worship of stone penis Jesus' message of loving all the people, and sharing all the stuff proved very popular with many of the age. Although Jesus successfully travelled the land explaining to everybody why it's bad to be (d)evil, and even performed some miracles to impress everyone, in the end these days virtually no one but the clinically insane actually believe that he ever actually really existed.

This is because of Captain Atheist.

Captain Atheist was born 33 years after Jesus to a loving Christian family with a hard-working father and mother as well as two brothers and the family dog, Skip - his childhood was a happy one and he was raised to respect the world. Indeed things seemed to be going as planned for the young Captain. That was until one fateful day the young Captain would stumble upon an forbidden power that would change not only himself but the world around him... 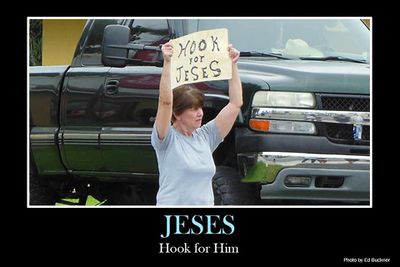 Some christians understand that Jesus actually just recommended fishing because it's relaxing. However, Captain Atheist's best friend captain Dagon used a series of confusing Fish puns to convince others that actually it's all just a reference to astrology, and so think everything else Jesus said was Bullshit.

It all began one Summer evening when the young Captain was snorkeling near Antikythera. As he snorkeled he stumbled across a strange device in the mud - akin to a digital watch, only functional. He called it the Antikythera mechanism. The young Captain was fascinated by this piece of futuristic technology and lifted it up to examine it more clearly - at once the object wrapped itself around the young Captain's arm and although he struggled to remove it the young Captain could do nothing, realizing he was getting even more late he rushed home and kept his dark secret hidden from everyone.

That night while shaving with Occam's Razor the device spoke to the young Captain and told him of a powerful new religion known as "science", and told him that he was to be its new leader.

Horrified at first the young Captain soon became corrupted by greed when he saw the power of the device and allowed himself to be taken over, losing his faith he became known forevermore known as Captain Atheist.

Using science Captain Atheist was able to begin to subdue the power of Jesus. Science used a new religious dogma to maintain control based on the premise that if words are given complicated enough sounding names it is possible to hide knowledge from the lazy. Considering that most of the population is lazy, and that knowledge is power this was considered useful to Captain Atheist.

Previously to science the method for finding out how to do things which you don't know how to do was thus:

Captain Atheist however replaced the above method with his "Scientific method" which is "A body of techniques for investigating phenomena, acquiring new knowledge, or correcting and integrating previous knowledge. To be termed scientific, a method of inquiry must be based on empirical and measurable evidence subject to specific principles of reasoning. The Oxford English Dictionary defines the scientific method as "a method or procedure that has characterized natural science since the 17th century, consisting in systematic observation, measurement, and experiment, and the formulation, testing, and modification of hypotheses."

Basically Captain Atheist replaced the word "guess" with the word "hypotheses", and added some extra bullshit in as a distraction so that no one would notice.

Everyone was hooked. Although no one knew what all his words were about they sounded complicated, and so therefore convincing. Everyone abandoned their faith in themselves and started worshiping a religion which they did not understand, leaving them unable to perform the process of finding out how to do things.

To confuse his enemies still further when the scientists evolved into the Darwinists they took it as proof that they had understood everything, and developed a new faith in themselves to explain all the subsequently unexplained. The logic being that if man can noticed that things change then that proves that the universe created itself. Although to outsiders this may appear a ridiculous conclusion Captain Atheist convinced the scientists that they had invented the idea themselves and so they considered it a good one. To this day this reasoning remains the cornerstone of the atheist faith. 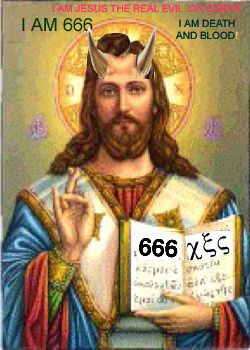 In addition to skin pigment issues, and despite the quality of this image being reminiscent of early 2006 Uncyclopedia photoshopping Captain Atheists was able to convince many that it was authentic.

During his early career as a 'superhero' Captain Atheist's main priority was convincing everyone to stop doing what Jesus had suggested. He did this by telling everyone that really Jesus worshiped a stone penis, and as such was probably a bit of a cock. He also paid all his mates to write down slightly different versions of Jesus's story, and then added these different versions of his story into another story, which you will not be surprised to discover was based on the worship of stone penis'.

In early years people were convinced by Captain Atheists new story because it included details about penis worship. This suited his nefarious ends. Captain Atheist was a bit of a cock himself.

In later years when the printing press was invented Captain Atheists trick of adding stone penis worship to Jesus' religion paid further dividends. Previously it had allowed the captain to control the people, but in a new age of enlightenment everyone started to noticed that actually "christianity" all just appeared to be about the worship of stone penis. People blamed Jesus for this. Many of those found stone penis' inside the alters in their churches, and were also particularly pissed off when they discovered that actually they had been praying to a 6,000 year old god called "amen" by mistake for the last 2,000 years.

People were very pissed off about this, and blamed Jesus for everything. They assumed that because they had been worshiping stone penis then everything Jesus said must be bullshit, and so everyone still to this day thinks it's not a good idea for everyone to be nice to everyone else as Jesus suggested.

All this allowed Captain Atheist to strip the faith of the world, gain huge power, and battle many foes.

After a few years of fighting Jesus, controlling papyrus, and generally flexing his muscles Captain Atheist had amassed enough power and influence to truly begin his masterplan: the founding of a global conspiracy - rounding up many former heroes and citizens that he had corrupted with Darwinist "logic", and scientific reasoning he began to secretly run a bid for world conquest.

This time by creating a new religion based on the idea that the earth is too hot and or too cold and because of this we all need to stop breathing.

However just as Captain Atheist was preparing to launch a full-scale invasion his plan was foiled by the Legion Of Jesus, a group of Christian superheroes: powered by their faith they managed to reduce Captain Atheist's power and drive back the conspiracy - though even they were not able to fully destroy the conspiracy and large pockets of the conspiracy still exist in the world. 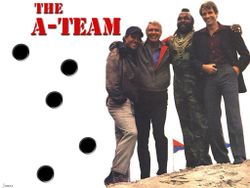 The 'A theist team' or the 'A-Team' as they are known (if you can find them) are Captain Atheist long serving henchman. With the exception of Mr. T, who did not want to get on that plane.

Following his battle with the Legion Of Jesus Captain Atheist experienced a brief period of hostility from the public and hero community - however after a few months Captain Atheist was able to manipulate his way back into the hero community and became a public icon once more: though his power was damaged from the conflict and thus some notable groups of heroes and citizens were able to see through his lies. Now Captain Atheist continues his guise as a hero while secretly plotting a means to destroy society for good and replace all faith with the worship of the aliens, UFOs, reptiles and Mother Earth.

Although Captain Atheist is in reality a coldhearted alien conqueror he often employs others as "allies" in his quest to spread lies and misinformation, some of his more noted alliances have included:

Captain Pagan: The insidious Captain Pagan has long been an enemy of Jesus, devoted to devil-worship and alternate lifestyles this primitive savage is now more than willing to team up with Captain Atheist to take advantage of available mayhem.

Captain Buddha: Almost tragic in his inability to see his sin, Captain Buddha professes to be without faith yet worships a giant golden statue depicting an obese humanlike creature of unknown origin. He flies by the aid of sorcery and often fires lasers from his "third-eye" - he sees himself as superior to all others but will ally with Captain Atheist out of a shared hatred of Christians.

Captain Gay: Little is known about the Pink Menace known as Captain Gay other than the fact that he will stop at nothing to persecute those he sees as offending himself. He has allied with Captain Atheist and is one of the more well-known members of the great conspiracy.