The double knuckle-sandwich with lettuce and tomato, also known as a number 4 at most American fast-food restaurants.

The Knuckle Sandwich is a food item developed in the early 1920’s by murderer and restaurateur, Sal Bentworth, reportedly as a result of an accident in which a large amount of knuckles, which Bentworth was prone to store above his counter-top, fell onto a sandwich he was preparing before embarking on a routine afternoon killing. The Knuckle Sandwich is primarily served in North America, but variations are served worldwide, using local and regional knuckle. Recently the quality of knuckle sandwiches have fallen, using far less knuckles than is recommended for daily intake. 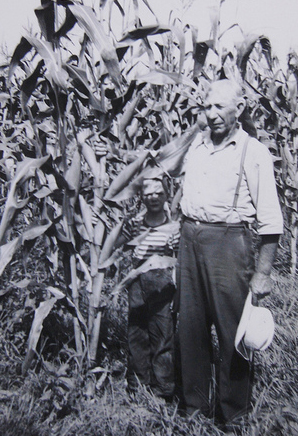 Sal Bentworth. Seen here taking a break from franchising in 1924 to tour a knuckle farm in Wilmington.

In 1922 after an accident involving a large quantity of forcibly removed knuckles, and two slices of wheat bread, the knuckle sandwich was born in the small cottage of Sal Bentworth. Bentworth was raised in Wilmington, Virginia where he developed an affinity for killing and dismembering local citizens at an early age. The knuckle sandwich was poorly received initially by friends and relatives. Bentworth's wife was perhaps the strongest opponent to the sandwich, losing several teeth and an unborn child after Bentworth served her several knuckle sandwiches one night for refusing to sleep with him because she was "too tired." Historians generally agree that this was because Bentworth was convinced that eating a hearty sandwich increased energy and wakefulness. Bentworth’s wife left him soon after. However, despite early setbacks, the knuckle sandwich quickly became a “hit” in Wilmington, often being served at local bars and between individuals resolving disputes over the size of their genitalia.

Franchising and Rise in Popularity[edit]

When Bentworth realized he had accidentally stumbled upon a delicious new type of mid-day snack, he decided to try and market the product. In April of 1923 he left his home in Wilimgton, Virginia in his Essex station wagon and began touring the country in hopes of selling his invention. On the road, Bentworth visited many small mom and pop restaurants hoping one of them would agree to sell the product on a long-term basis. Bentworth had a reputation for threatening to give a knuckle-sandwich to restaurant owners if they didn't agree to sell the product, presumably because once they took a bite they would regret their decision in passing by such a great opportunity.

After having visited hundreds of restaurants, and being unable to agree on a deal, Bentworth gave up on his idea and headed back home to Virginia. Around this time, he was arrested and charged with eight counts of first degree murder, thirteen counts of aggravated assault, and following the invention of his latest creation the finger taco, six counts of rape. He was faced with $25,000 bail, and to help cover the costs began selling the knuckle sandwich once again and opened up a restaurant in his home town of Wilmington. The restaurant was an instant success and Bentworth opened three new locations in the first two months. The knuckle-sandwich was a hit, such a hit in fact; that the citizens of Wilmington decided Bentworth was a pretty cool guy and dropped all charges.