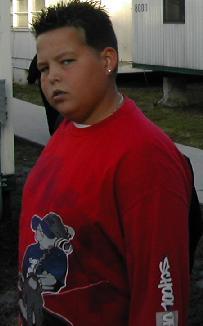 Pudding is clearly in serious danger

Pudding is a fatty food enjoyed by fat people. The origin of pudding is not clear; many of today's top scientists, such as Stephen Hawking, theorize that pudding is a radioactive, mushy mixture of sugar, dog semen, and whale fat. This theory is detested by pudding companies, who insist they use walrus fat, not whale fat. Whatever the ingredients, pudding is a menace to society and should be avoided at all costs. Along with McDonalds, it has caused severe obesity in 98% of the Earth's population... the remaining 5% are just big-boned.

It is interesting to note that pudding is in fact a fossil fuel, which may be why the delectable sludge is demonized by so many.

The word pudding is widely acknowledged to be the funniest word in the English language. It is a portmanteau word, formed from the combination of the words pud and ding, and it is palindrome and an onomatopoeia. Curiously, the only other English words that are also palindromes and onomatopoeias are twat and dumpling.

Pudding is better than an orgasm[edit]

Besides being an aphrodeshiac, pudding is amazingly sexy and tastes really good. Not only will eating it cause it to have an instant orgasm, but you will have one too. The rest of this page is wrong. Pudding is amazing. I love pudding, and you should too. Pudding actually can be smoked through a bong, as well as sniffed.

Pudding goes well with your bum hole. Just ask your mother. Bumholes go well with chocolate pudding, but not vanilla, unless it's Wednesday.

In 1618 BC a group of technologically advanced belgian scientists proved the fact that Pudding is actually a Vegetable. The proof includes ideas related to relativity, electron study, number theory, and quantum scattering in nuclear collisions. It was carefully written down in a thrilling trilogy. But when the documents were found in 1788, the world was given the shocker, as the Medieval people didn't believe in relativity, or even time for that matter. The pope burned the whole trilogy with a flamethrower. Nowadays, new politically inspired organizations, such as the Pudding Eating Never Infects Society (PEN15) protest against all these scandals. 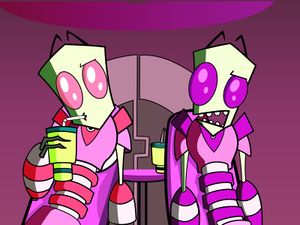 Tallest Red and Purple, upon realizing that someone had eaten all of their pudding.

Pudding was discovered by Mr. Nobel in his non-peaceful rule over central Colombia. He used pudding to keep his cocaine farmers from being able to run away with the product, instead they had to try to escape at a slow waddle. The pudding formula was later picked up by the DEA who then sold it to Canadian dissidents for 3 cows and a donut, eh. Soon the Jell-o corporation, under the control of The Chicago Bears spread pudding across stores nationwide. What Mr. Noble's first name is, the world may never know.

Pudding can also be a Euphemism for sexual intercourse. Any general terms for sexual actions can be identified by replacing it with pudding (i.e. sex with your best friend's girlfriend) whatever, "pops your bubble".

Raw pudding is extracted from the ground by the use of modern equipment such as pudding rigs, which pump pudding in its crude form up to the surface of the earth. From there, pudding goes through a one-step refining process (add fat), and is shipped around the world for use in pudding-powered engines and as a food used for eating.

Pudding can be rubbed on the skin a moisturizer, substituting the more expensive moisturizers which have been known to have traces of arsenic. Due to the cheap price, many ski slopes use pudding in years with little snow, after all the pudding melts, the bodies are gathered and ground up and put in the next season's batch, which means more voluptuous, thicker and colorful pudding. The crazy lady down the street from the old country is rumored to have said that pudding gets a ridiculicious out of 10 on the funometer. ah fuck.

For those without comedic tastes, the so-called experts at Wikipedia have an article about Pudding.

Originally, there was no noun pudding. There was only the verb to pud, meaning to either eat the magical mixture deliciousness that tasted like chocolate or to go to White Castle. The noun pudding got its start in 1983 when the cops busted Charlie Sheen, describing his crime of "Pudding4". The 4 was eventually dropped due to lack of space on the paper for writing down the case name. Don't you hate that? When the ___ isn't long enough? So much for writing my full address down on my job app... However, American scientists have recently traced pudding origins to Russia. When asked,the Czar, Vladimir Pudding, responded, "In Soviet Russia, pudding eats YOU!"

a commonly known superhero among the dairyleague, currently resides in the city of Detroit where he is worshipped as a god. His archnemisis being The Antidairy, bent on destruction of all cow-based tasty treats. Pudding Man was orinally graced with superhuman powers by the Great Pudding Lords at the end of his junior year 32.6 years ago The Pudding Man title its self is not a name, but a title. The Pudding Man is not to be confused with the moch Pudding Lad, the less active superhero.

Instone High Protein Pudding, created by space robot Sylvester Stallone is the only healthy pudding that exists in the entire world (Also including Canada), however, it costs 2 fricking dollars a can.

Yes its true pudding can be addictive but only to people that contain a strand of sytosiforiade in their genetic coding (which is essentially fat people, nazis, gingers and the common walrus). There is many harsh withdrawal symptoms that come with pudding addiction such as: rape, gang rape, arse rape, date rape, animal rape, toaster penetration, consideration of rape and the sudden urge to immigrate to another country to shout racist and obscene things at foreigners that will not understand a word.

A drug to cure the addiction has been developed and tested but sadly the users of the cure have been known to implode when in contact with the elderly.