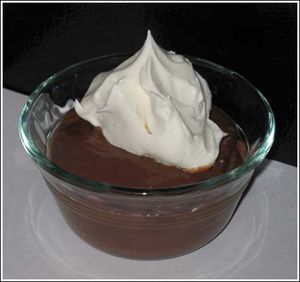 HOW'S IT TASTE, MOTHERFUCKER?
“God damnit, son. I already fucking told you that I love pudding! What more do you want?”
– Samuel L. Jackson on Pudding

Everyone loves pudding, but I love pudding more than anyone else. There's nothing like a big cup of warm chocolate pudding in the morning after your eggs and bacon. No sir-ee. It's as hard to separate me from my pudding as a woman and her shopping spree. Pudding is what I love and if you can't take it then go to hell.

I'm going to fucking eat that pudding at that store and you won't be able to stop me, not even with that 9 mm you carry in your pocket. Not even that will stop me from eating all the delicious pudding in the store. That pudding is mine and mine alone, because I fucking love pudding, and if you don't like it then go to hell.

I'm going to the store[edit] 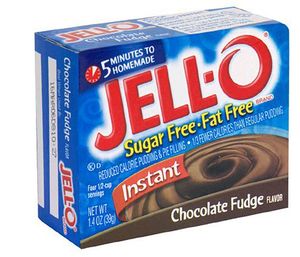 That's fucking right. I'm even eating that powdered shit without mixing it first, Jules. If you don't like it then go to hell.

Yes, I'm going to the store right now in my car. I may have several bullet holes in my back windshield as well as my leg in addition to the risk of fatal blood loss but I'm fucking going to that supermarket, and I'm going to get that pudding, and I'm going to eat it, Jules. If you can't handle me eating pudding today then go to hell, because I'm not going to fucking let you get in between my pudding and me. That's like getting in the way of a woman and her shopping spree, and you damn well know what happens if you do that Jules. You know damn well. You've divorced twice... well, one of your exes is a man, but you still know exactly what I fucking mean.

And now I'm parking in the lot[edit] 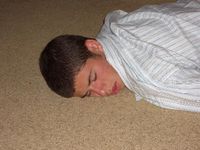 I'm in the hospital now, Jules[edit]

It may not be as fancy as this shit, Jules, but it's still motherfuckin' good.

It's ok..it's fine. Because me and my little friend named Puddy Bitch will take over the hospital. Won't we my little Puddy Bitch? You're my pudding and also my bitch. I love you..yes I do..yes I do my little Pussy... I mean Puddy Bitch. Before you know it, this hospital will be ran by PUDDING! HAHAHAHAHAHA *Chokes*...I got to work on my evil speech man.