From Uncyclopedia, the content-free encyclopedia
Jump to navigation Jump to search
“Eh, it's fine, really. No big deal. I'm not offended.”

“Shall I found a religion based upon Yul Brynner, then?” 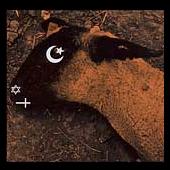 The apatheist's opinion on sacrifice is usually "I don't give a sheep".

Apatheism is a belief system whose followers don't care if they believe in God or not. These people are also known as Europeans. An Apatheist finds that no established religion, or even Atheism or agnosticism, fully satisfies him. Rather than select one he chooses to just not give a shit.

Apatheists have trouble putting faith in a specific line of beliefs. If it's a leap of faith that God can do things not in line with science, isn't it also a leap of faith that God can't? You obviously can't use science to disprove something that, by definition, defies science. No belief system can be fully proven, but for these reasons, none can be fully disproven. This falls in line with Agnostic beliefs, except a true Apatheist wouldn't have continued talking after the first sentence of this paragraph, and would instead be drinking beer, drinking wine, or drinking petrol, depending on what country they're from.

An Apatheist's core belief system can be summed up as that it's impossible to know what happens after we die, but it's already known that fresh cookies taste really really good. Everyone will know what happens to you after you die as soon as they're dead, which is a revelation that will come regardless the amount of time they spend philosophizing it. But, learning how to paint well... that's not something you're going to just eventually know, it's something you have to actually learn. Dying won't teach you how to become an engineer or expand your vocabulary. Instead of spending time thinking about something everyone will eventually know for sure, spend your time thinking about something that only a few people ever will.

An Apatheist, by definition, believes there might not be a God. However, he also believes there might be. The Apatheist recognizes the former is probably more convenient, dependent on whichever God it would turn out to be. If there isn't a God, then there's no afterlife and we may as well make the best of the one life we get. If there is a God who has the ability to do whatever He pleased, and we were doing shit of which He disapproved, He probably would have already come down from the sky and told us to "Fucking stop that. Seriously." Since that has not happened, there's no real reason to believe that the human race, as a whole, is an affront to God. So until that happens, we should all just hang back and relax, and if we start pissing off God, we're pretty sure He'll come let us know about it. And if He doesn't exist, fuck it, no one to offend. No big deal, right? Eh, it's cool.

Unlike most other religions, Apatheists have no real political agenda. As for the separation of church and state, Apatheists believe that even if you are to remove all references to any Gods from law, that is in effect an endorsement of Atheism, so it's impossible for a government to not favor one belief system over another. So rather than take religious sensitivity into account, governments should just listen to what actually makes sense. Apatheists recognize that's not really possible, though, because it involves a large group of people and common sense coming together to become one. Imagine common sense as being similar to water displacement. You have a jug filled to the top with common sense. As you add people to the jug, disaplacement causes the common sense to spill over the edge and out of the jug. As you keep adding more people, there is less and less common sense and more and more water spilling out. Before long, the jug is entirely full of people and there isn't a single drop of common sense between them and your carpet's all wet.

For some people who take their beliefs seriously, it can be hard to comprehend an Apatheist's point of view. They don't see how something as important as your possible afterlife in heaven or hell cannot be given more thought. Eh, that's cool. Whatever works for them. Apatheists know what they believe and it's not amazingly important that everyone understands it perfectly. Besides, there are more important things to worry about, you know, things we can actually resolve without having to die first.