~ George H. W. Bush on the ineffectiveness of atheist huffing

“I huffed an Athiest once, he tasted funny.”

“In England Darwin huffs YOU!”

~ The not very well known British Reversal on atheists 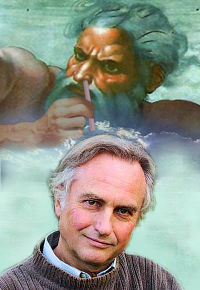 Atheist huffing is the practice of group huffing a live atheist. This practice is usually preformed for religious reasons although it has been growing in popularity over the years as a form of recreation among Republicans, the elderly, elderly Republicans, and college dropouts who were planning to major in philosophy. Recently the practice has been outlawed by the Supreme Courts but controversy on this judgment persists and many are believed to still practice in their homes.

Atheist huffing was thought to originate in small Christian churches of the Appalachian backwoods from the practice of Atheist handling which was popular in the 1980's. Believers base their practice on mainly this passage from the bible:

Serpent handling (and therefore eventual huffing) has never caught on possibly due to the severe danger of trying to obtain snake even in the less reactive form of Liquid Snake. Believers proclaim that since God has committed himself in writing to protect the faithful from the danger of atheists they are free to huff them at will. Those who are injured or killed in the process therefore are thought to have been lacking in faith. Others however believe that since the exact amount of faith is not specified in the passage it gives them grounds to sue God for false advertising. The practice of atheist huffing spread from the churches to home gatherings and then to other parts of the country. Today atheist huffing has become more mainstream and retains little of its original religious significance.

The effects of atheist huffing are comparatively mild compared to that of huffing other substances. When high on atheists huffers claim that they feel a supreme euphoria and see an intense white light. They also are said to feel like they are seeing the world in an extremely rational way. Many also have bad experiences where they constantly hear the tolling of bells.

Many scientists refute that there are any real effects due to the obvious non-existence of any soul to huff in an atheist. In a double-blind trial, atheists and placebos where given to 42 volunteers. These same effects were seen in the placebo as long as the huffers were told that they were being given atheists. At the release of this study protesters claimed that "they found the scientists' lack of faith disturbing" and that "their presence during the huffing obviously threw off the data" since it is common knowledge most scientists are atheists. Remember that, their science is a science of lies! 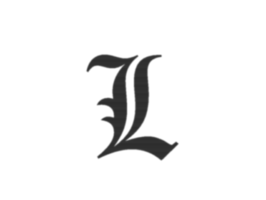 Possible conformation of the reasoning neurotransmitter known as type "L". This is known to be present in large concentrations of the left side of the brain in individuals with impressive logic abilities. Actually, it stands for "Loser" which describes all Atheists most accurately

Another study produced from a lab in Finland claims that atheist huffing while not caused by soul intake does seem to affect a component of the brain, and does cause some barely noticeable side effects. They then theorized that a type of neurotransmitter from the left side of the brain was responsible. This neurotransmitter known currently as type "L" is thought to be imperative for reasoning functions and therefore not present in very high levels in the brains of the huffers. Upon huffing it is introduced into the brain, causing euphoria. However, more research will have to be done to see if this is plausible and if the neurotransmitter is even volatile enough to escape the atheist during the huffing.

While only a few documented injuries and even fewer fatalities of atheist huffing exist it is common knowledge that atheist huffing is a generally safe practice and may even help increase a person's life span due to its stress reducing properties. The risks that are involved are the same as those for any activity that pisses off atheists, such as taking the bible literally, atheist baiting, and eating pasta. Be sure to remove all sharp and otherwise dangerous morals from the atheist before the huff. Remember atheists have no morals and will not hesitate to harm you or others at the slightest provocation!

Over the years certain elitists and connoisseurs of atheist huffing have divided the atheist into different categories or "grades". The following list the different types of atheist and their effects.

Recently the Supreme Court has ruled that atheist huffing is unconstitutional in the case of Samson vs. Samsa. Like any other recreational drug use this has not deterred atheist huffers from obtaining atheists to huff from the black markets. Many feel it is only a matter of time until this is overruled since there is no mention of atheists in the constitution but there is mention of God. Until another case comes about many religious groups have petitioned that atheist huffing is an important part of their religion and that they should be given special privileges so that they can worship in the way they see fit. One of the most avid of these is The Church of God the Utterly Indifferent. This ruling overturned Roe v. Wade, which declared huffing of atheists and aborted babies constitutional. As a result of the ruling, mass immigration of the huffers have been noted into The Wussy Country, where only God knows what they huff.