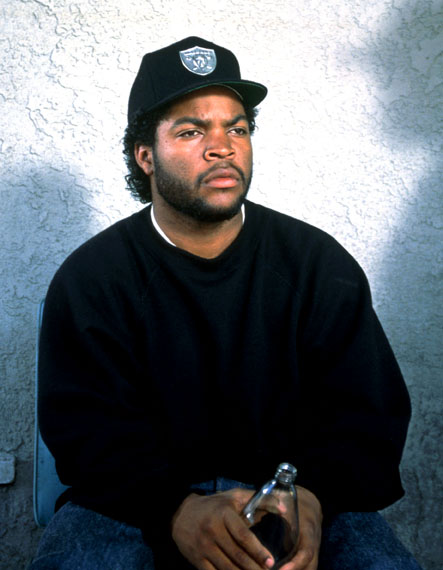 Thank you for supporting my soon-to-be featured article.

I was going to enter The Aristocrats competition but I see that I have no chance now. Why must you puncture my hopes and dreams with your pointy stiletto heels? Also, I nommed your rewrite Danzig on VFH but it seems someone didn't appreciate it. --Pleb SYNDROME CUN medicate (butt poop!!!!) 23:00, December 1, 2009 (UTC)

DROME! I did the same style of joke two years ago and got last place. Enter the goddamn contest. As for my Danzig rewrite, yes, I am disppointed it couldn't reach a bigger audience. It was that old curmudgeonly Modus, wasn't it? Well, we can talk shit about him here because he's so old and deaf that he'll never hear us. If he comes we'll just take his cane and push him into a mud puddle. --S0.S0S.0S.0S0 23:45, December 1, 2009 (UTC)

Yes, even though Modus's name does not appear on the page's deletion log, I'm sure it's somehow his fault.

A Fast and Furious Thanks[edit] 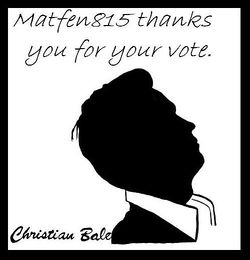 Thanks on the harakiri catch, I've always thought of it as 'harikiri' and never saw the word when it was right before my eyes. I'll read the whored article, and follow up on some of the others, and its nice to meet a couple of users I haven't communicated with before. Now, to watch the rest of Obermann and the gang. Thanks again, Aleister in Chains 1:18 26 Jan. MMX 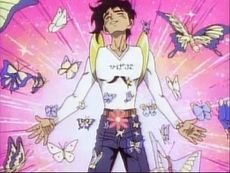 I stand here before you, arms outstretched and butterflies exploding from my zipper, in thanks for supporting me for Uncyclopedia:Writer of the Year.

Throughout 2009, many people had stupid ideas, and many of those people wrote those stupid ideas down, but apparently you agreed that no one thought of so many idiotic things, nor humiliated himself on such a regular basis, as I.

You pity me! You really pity me!

Appreciate it, So So!

Soso, as the in house expert on Japan, you mind taking a look at Nintendo which is currently on VFH? What do you think? ~

Hey, Mordillo. I read the article and it didn't really stand out to me as particularly good. Before I go on, let me just mention that I did not check who wrote the article, so I'm sorry if my comments seem harsh to whoever wrote it. Anyway, I just didn't find it particularly funny. One other problem can be noticed right off the bat by scrolling down through the article without reading the text. Try doing it and you'll see that aside from the logo on the girl's underwear and the obvious brand seal, nothing about the images really suggest to you that the article is about Nintendo. It seems like some of the famous characters should be included in a game screen or photoshop somewhere. Overall, the humor relies too much on random references to the Emperor, being "honorable", and about Korean rivalry. On the positive side, it is a fairly smooth read, and some parts did make me smirk. But I'd say it needs much more to be a feature. Some other angles to take would be to mock the wholesome image of Nintendo franchise games or to make up ludicrous non-existent peripherals and "non-game" games, in the same vein of the NES robot, Wii Fit, Wii music, etc. Anyway, that's my take on it. I say "abstain", but leaning slightly more toward against. --S0.S0S.0S.0S0 10:28, April 8, 2010 (UTC)

As the nominal "head" of the Frat since Skinfan has taken off for a few weeks, I'd like to ask if you would be kind enough to do some work on the article and fix or add onto sections to bring it up to what you would consider a passable page. I'm not very good at photoshopping or I'd do some work on that. When this was co-written I did include some nonexistent games (near the bottom of the page and in the future section). My personal favorite is the game cube section, which I had fun writing. Your help would be appreciated, and thank you in advance for any additions. Aleister in Chains 16:31 10 4 mmx

Good to hear from you again, Aleister. These days I'm not interested in writing any more (blame this entirely on Street Fighter IV; right now I'm all about playing fighting games online) but since the Nintendo article is edit-friendly, I'll keep it in the back of my head. But by the time I get around to it, it will probably already be featured anyway, so... Anyway, the above is just my personal opinion, so don't worry about it too much. I checked VFH and a lot of people seem to like the article as it is. At any rate, I won't be giving it an overhaul anytime soon, and I'm not sure that's what everyone wants anyway. --S0.S0S.0S.0S0 18:02, April 10, 2010 (UTC)

Thanks. And you'd be welcome to edit, as I know you'd improve the page and that's what counts when all is said, added up, and done, especially if it gets featured so the public is given the best look at the final article. But understood. And good to say hi to you again, I remember your catch of my major mispelling last time! Al sick from a trip and laying around 19:01 10 4 mmx p.s. Just put in a Mario pic and caption, Al, a few minutes later

Thanks Soso. I personally think that the article can be much more than it currently is, which is why I wanted your expert opinion, maybe it can benefit the frat boys. Thanks for your time! ~

I would thank you in Japanese in keeping with the matter at hand,
but I think you'll just make fun of the whole language. So I'll just say it in another East Asian language to baffle you:
HowTo:Be Japanese을 특집으로 싣기에 찬성하신 여러분께 감사합니다.
But that won't stop you, oh no. You're probably already on about Starcraft and Maple Story and kimchi and whatnot, aren't you?
You twit.

Did you know South Korea has a whole channel for Starcraft coverage?

Yeah, I'm in Japan now and I have been here for about 10 years. When I saw your Japan-related article on VFH I checked it out fearing it might have the stale old type of Japan humor you see everywhere, but was really pleasantly surprised to see it was not only NOT that, but it also made fun of people's expectations for it to be that. I fail, you win. Nice one. --S0.S0S.0S.0S0 00:14, August 18, 2010 (UTC)

Yep, exactly why I took it before someone else did. Thanks again!

I'm considering changing this template, but it probably won't happen.

Uncyclopedia wasn't the same without you. Granted, it was still terrible, but it wasn't So So terrible. Sir Modusoperandi Boinc! 01:10, March 5, 2011 (UTC)

There's no merit in hanging around here, except that it keeps us from being outside. Have you seen the horizon, man? It, like, goes all the way around you! *shudder* Sir Modusoperandi Boinc! 17:45, March 5, 2011 (UTC)

You're not supposed to remove a FFW without discussing it with the tagger first. <insert more boring admin talk here> Oh, and hi there So So, are you making a glorious return to Uncyclopedia? —Sir Socky

Sorry bout that. Didn't really know the protocol so I just kind of hacked it off and waited for someone to tell me what to do. Thanks. And no, I'm not really gonna start writing again, it's just that I still check my watchlist every day I'm at work for a short break. That's about it. Later. --S0.S0S.0S.0S0 03:00, July 25, 2011 (UTC)

Dude, this is kind of scary. I don't know why you chose to write this message now, but just yesterday I was reading your Indiana Jones article and was thinking "I need to read more of Nikau's stuff". I seldom read Uncyc articles anymore (or at least past the first few paragraphs), so this is quite a coincidence. --S0.S0S.0S.0S0 23:53, October 19, 2011 (UTC)

You live in Japan or some shit like that?

As one of my favorite writers, not just on this site but in general, I would have loved to meet you before I left in June. --

Oh shit, man, you were here? Yeah, I've been in Japan like 12 years. Too bad we couldn't have worked something out. I don't contribute anymore but I check up on things on work days to escape for a moment. Let me know if you ever come back. .....Umm, this computer sucks and I can't find the sig button, so just trust me that it's So So. (or check the history)

Hopefully I'll be coming back soon, person who I trust is So So. So you're some sort of heavy expat, then? --

Unless something goes terribly wrong, I'll probably be here the rest of my life. I don't know if you were studying, working, or just visiting, but we should hang out if you're back for whatever reason. I'm in Tokyo now. ...It's been a while and I can't remember how to do the sig thing. Signed, So So, or is it.......THE IMPOSTOR?!?!?!

You're the guy from Inception? Sir Modusoperandi Boinc! 06:41, July 6, 2012 (UTC)
I was studying, and if I came back again soon it'd be through grad studies or JET/similar programs. With any luck I might find myself permanently transplanted there in a few years, too. --

And also, welcome back, or something[edit]

Yeah, if you're poppin' in from work for 30 seconds a day you can at least use that time to write 5 words in an incremental masterpiece. --

Thanks, doods!! I came here on JET, too. Maybe Modus doesn't know what JET is, but trust me that my last sentence was grammatically correct. Today's brilliant 5 words: "Airline food tastes bad! Very!" --~~-~???

In case you're still alive...[edit]

I reverted your reverting by mistake. Also wanted to welcome you back. Still remember your crats aristocle. ~ Kakun · talk 04:37, 13 February 2018 (UTC)

Lol. I have been checking in once every few months but my password did not work until yesterday. Not really thinking of writing anything more, but I like to see that the place still exists and that some of the long-time users are still active here. 219.164.212.93 (talk) 01:44, 16 February 2018 (UTC)

Hey its HAPPY MONKEY TIME 2021 (Feb 21-28). Your favourite writing competition where we write articles on one another's suggested topics. Go ahead and sign up because the more users we have competiting the more ridonculously fun it is. If you don't wanna write you can sign up to judge! Sing up here. Remember it's not about writing a sure fire VFH article, but pushing the limits of your originality and creativity and spitting out an article on a topic you had never thought about writing before. Also...Shabidoo will love you forever and owe you like a zillion favours for it. He will literally do anything to please you if it means you participate. Happy Monkey Farts!!! ShabiDOO 15:49, 10 February 2021 (UTC)