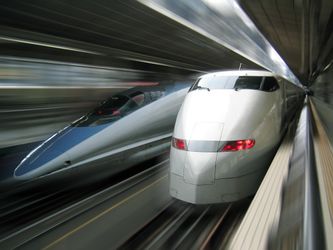 So, you've heard all about Japan, or maybe even visited there a few times. After some contemplation about the merits and disadvantages of the Land of the Rising Sun, you are finally driven to ask the question: how can I be Japanese?

Scenario 1: You Are a Japanese Citizen

Then you are already Japanese, and don't need any of this.

Scenario 2: You Are Not a Japanese Citizen 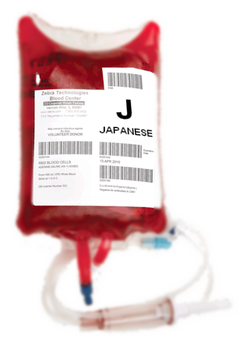 Japanese blood was a highly popular black market commodity until the Supreme Court's outlawing of the literal interpretation of jus sanguini.

Well, that is most unfortunate. You will have to actually make an effort to be Japanese, unlike those who are already Japanese and so didn't really need to follow this guide anyway. The major distinction from UK or US nationality laws is that citizenship is not decided by jus soli, i.e. being born on Japanese soil. Getting your parents to Japan before you are born will not suffice; your citizenship must be by jus sanguini, i.e. by blood ties. Until recently, it was possible to exploit a loophole in the nationality code and become a Japanese citizen by getting a blood transfusion from a Japanese person; however, the Japanese Supreme Court has officially declared this a misinterpretation of the implicit meaning of "blood ties" and, in addition, "just plain silly."

Therefore, pretty much the only way you will be Japanese is by having Japanese parents or undergoing the naturalisation process. For the principal method, let's assume that you have access to time travel.

Now, I hear you ask: what does time travel have to do with Japanese citizenship? To this I answer, nothing, but I'm writing this guide, not you.

If you do have access to time travel, then congratulations! Either you are an extremely unconvincing liar, or you know one of the greatest temporal physicists who ever lived. Knowing that you're reading a HowTo, it's probably the former. But in any case, with the power of time travel in your hands, becoming a Japanese citizen will be extremely easy—so easy, as a matter of fact, that you now have two ways to go about it.

If you know anything about time travel—which you don't, since you're a very unconvincing liar—you know that meeting your own parents in the past is a almost a rite of passage anyway with a time machine. Therefore, meet your parents some years before your conception, and convince them that becoming a Japanese citizen is the best possible thing they could do. (Note: for this option, the period from 1941 to 1945 is best avoided in all circumstances, since this may cause you to be tried for and convicted of treason and summarily executed.)

Some people like to show off by exploiting a clause in the nationality code, which states that you would still be a Japanese citizen if your father dies before your birth but nonetheless was a Japanese national. If you really, really didn't like your father, go ahead and flaunt your time-travelling power by taking his life. In this case, the grandfather paradox you may have heard of will not be problematic at all, since you're a homicidal maniac that has retroactive patricidal tendencies, and the world would be a better place if you were to prevent your own birth. 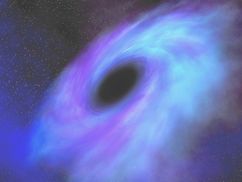 Granted, if some researcher at the Time Agency messes up, this could replace all of Earth. Still, when the tidal forces stretch you out to oblivion, at least you'll be Japanese.

Think, <insert name here>! You're close enough friends with this genius to be able to get to his/her time machine; why not steal the technology and sell it to the Japanese government? After all, Article 9 of the Nationality Law of Japan does state:

What could be more meritorious service to Japan than providing it with the power of time travel? I know this sounds utterly ludicrous when you read it aloud, but trust me, if you have access to time travel, and aren't an entirely unconvincing liar, you can't fail with this option! (Note: for this option, the period from 1941 to 1945 is best avoided in all circumstances, since this may cause you to be tried for and convicted of treason and summarily executed.)

What's that? You don't have access to time travel? Well, that's a disappointment. This will make your goal even more difficult to attain. You essentially have no choice but to live in Japan and be naturalised. Should you go ahead with this route, I can only bid you good luck. The British civil service is nothing compared to the level of bureaucracy involved in the naturalisation process.

At first, the criteria are reasonable. Basic requirements to qualify include:

If you like Japan and Japanese people, these should not be problematic.

Now, beyond this, there are a slew of documents over two rounds of submission. The first round of documentation includes:

If you like Japan and Japanese people, it is likely that you have not died in the past, so these should not be problematic. 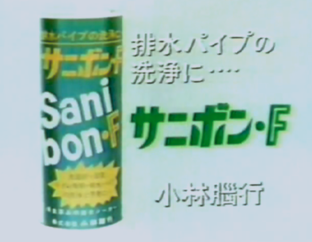 That brand hasn't been out in dozens of years. If you didn't know this, you don't meet the harsh standards of the Japanese Ministry of Justice, which is in charge of immigration, legal affairs and records, and cleaning products.

The second round of documentation is even more intensive, and includes but is not limited to: the names, addresses, contact information of family and friends overseas, as well as everyone you have ever met in your entire life; a list of any addresses of residence since birth, including university housing, Underground stations, and pieces of sidewalk; history of residence in Japan, including addresses, favourite foods, subway usage, and nose-picking activities; records of employment, income, taxes, ownership, automobile purchases, television programme viewings, and general purpose cleaning agent of choice. (NB: any record of purchasing Sanibon • F detergent will automatically remove you from the process—ed.)

If you like Japan and Japanese people, and have been sufficiently assimilated into Japanese society at the time of your application, these should not be problematic, although it will probably still be pretty embarrassing when civil servants reading your records find you've been watching a Japanese dub of Sesame Street every day.

When you submit your application to your local Houmukyoku branch (Houmukyoku being the Ministry of Justice, not the horses from Gulliver's Travels), this is followed by a year or so of processing documentation and sensitive personal information and laughing at them before a judgement is carried out on whether you have suffered through enough scrutiny and bureaucracy to become a Japanese citizen. In addition, you will undergo an interview in which you need to have adequate skills in the Japanese language. (Fortunately, no test of Japanese history is done, which is to be expected since it spans 2500 years and a dozen different eras, and not even Japanese people are expected to know it all that well—ed.) You will also need to prove that you are 20 years or older physically and mentally, and take a written test at second grade level.

If you are not an idiot, these should not be problematic.

So this just about covers becoming a Japanese citizen. As you can see, it's an incredibly rigorous process, but if you really do want to be Japanese, it should be all the more worth the triplicate signatures—

Uh, this is awkward.

Third Possibility: You Don't Really Want to Be a Citizen of Japan, and Just Wanted to See Me Make Fun of the Japanese 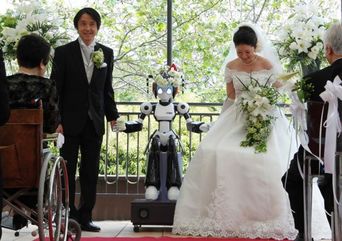 Sure, the wedding's being officiated by an android rather than a human minister, but at least it's not the one getting married! A sick person like you would think that was the case, wouldn't you?

Yeah, this is awkward.

But it also explains a lot. Not only does it explain why you've been so patiently reading this guide to the very end with that mad look on your face, but also it explains why you're on this sick, sick website in the first place. Have you no sense of "racial sensitivity", at long last? It's because of senseless maniacs like you that eat up these stereotypes about different groups of people that movies like North are even green-lighted! Don't even try to deny it; we already know how unconvincing of a liar you are—and a racist utterly unconvincing liar at that!

I hope you learnt something from this guide, like the fact that since you're the kind of desensitised hateful person that reads these HowTos, you should go back in time and murder your own father! You'd be doing him a big favour by preventing you from ever ruining his good name by being born, you know! And I bet you wouldn't mind either, you twisted troll!

You know what? I was going to try and calm down and tell you to take a trip to Japan and see if that changes your mind or something, but you know what? You don't deserve the chance. All you'd do is make fun of everyone as soon as you got there. You'd make fun of the guy that looks at your passport, the customs agent, the hotel receptionist, random people carrying their mobile phones. You'd even make fun of the raw fish juxtaposed with pressure-cooked rice—fish that died for you.

So no, I'm not going to let you redeem yourself. You couldn't possibly ever manage it.

But really quickly, just for laughs: everything's expensive so be rich if you can help it, get plastic surgery so that you have slanted eyes, be really skinny, be sexist and sleazy and sex-hungry because it's perfectly okay over there, never pass on sushi and tempura, read up on manga and robots and mechas, copy lots from American culture, never surrender the superior Japanese culture for American culture, be really bad at English, never think for yourself, be obsessively clean, have an overblown sense of honour, be a ninja or samurai, ignore any parts of history that go against the nationalist version you were taught in school, and overwork your salaryman self to suicide. Oh, and don't mention the war. No, that was Germany. I guess don't mention Korea or Nanking.