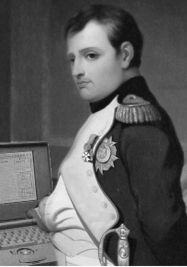 Hubris, also known as Pride, Vanity or Narcissism is the most interesting subject here described on Uncyclopedia. In fact it's probably the noblest topic ever discussed anywhere on the internet or anywhere else for that matter, meaning that this article on Hubris (with a capital "H") is without doubt the best thing ever. Not just the best Uncyclopedia article ever, not even just the best article ever, it is the best thing ever. Better than The Big Bang, better than the Roman Empire, better than penecillin, better than The League of Extraordinary Gentlemen: The Black Dossier, better than me, well actually maybe that's going a bit too far. The bottom line is, it's quite good.

The word is derived from the Greek goddess Hubre, well known from throwing lavishly extraordinary parties for the members of the Pantheon. They were so lavishly extraordinary and so extraordinarily lavish that one could make a fortune off the gold-leaf, diamond-encrusted invitations forged by Hephaestus himself in the depths of Mt. Etna. It was well known amongst the Gods that Hubre was something of a homely woman. Her devout followers would make sacrifices to her with the phrase:

Which roughly translates to "That bitch is uuuuugly." This failed to please Hubre. Quite the contrary. She would lash out in her rage and bring the aqueous humor in the eyes of everyone in the altar's vicinity to a boil, such that they could never appreciate beauty again. And just to make sure they realized their folly, Hubre would herniate their bowels and laugh as they bled to death in agony. It is a wonder why her followers would repeat these rituals. Not only was the cost in human lives astonishingly high, but there was an awful mess to clean up afterward.

It was for this reason that Hubre threw such exorbitantly extraordinarily lavish parties. She wished to prove that despite her repulsive demeanor, she was still a wonderful person. That she could still "get down." But most of all, she just wanted to get people drunk to the point that, in their stupor, they mistook her for having an iota of attractiveness. Most guests would die from alcohol poisoning well before this point of inebriation was reached. But still she tried.

Towards the end of a particularly phenominally exorbitantly extraordinarily lavish party, as great many of the guests lay on the floor dead in a pool of their collective vomit and the less wholesome of their bodily fluids, Hubre and Aphrodite sat in conversation, both rather 'tore up. It went as follows (but in ancient Greek):

"Hubre, yore so fuggggggging uuuuuuuuuugly! Shit gurl."
"I... I'm not. I jus haven... I mean..." at this point her attention shifted to preventing herself from vomiting.
"Hey, Hubre, you payeen attentition? I'm sayin dere is... I'mm sayn... one sec" Aphrodite politely turned aside to regurgitate.
"Ughh... I neeed ta chase that wid ah, gimme more vodka"
"Itsgone. just teqig... tequwi... treekilla"
"Phuq... tha shit taste like shit." She grabbed the bottle and attempted to empty the contents down her throat, most of which sloshed down her toga.
"ther're nuthins in 'ere. Anywaaays... was what I talgin abowt?"
"Idunr'member" replied Hubre, her eyes drooping as she struggled to keep her head level. She somehow achieved a new level of unattractiveness.
"Hubre, yore so fuggggggging uuuuuuuuuugly! Shit gurl."

The conversation continued on like this for 27 minutes, when in a brief moment of clarity, Hubre uttered:


And then followed an incoherent argument on the merits of human-goat relations, too graphic to be repeated here. (Keep in mind they were Greek). The discussion culminated in a bet: Aphrodite would give Hubre a portion of her beauty if she were able to seduce any one man (excluding goats, goat-men, satyrs and fawns).

So Hubre set out on an odyssey to get laid. The tail has been documented in many epic poems. I will not recount the many failed attempts she made, save the last one. In here desperation, she went to Hephaestus to request a favor. She requested that he craft a man who would love her despite her grotesque visage. Hephaestus, having nothing better to do, took up the task. Using the finest lead he had, he forged a golem with no concept of beauty. He neglected to include eyes as well, just in case. Hubre was delighted with his creation and went to lay with him.

Aphrodite was dismayed to have lost the wager, but complied with the arrangement. She transferred a fraction of her beauty to Hubre, transforming her into a reasonably attractive woman. Upon which Hubre died of heavy metal poisoning. 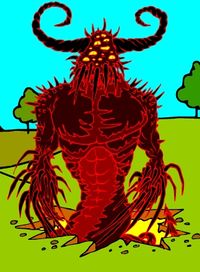