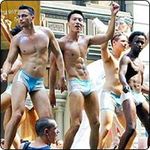 A Pupate Homosexual is a male (boy or man) who has just taken those first few tottering steps towards embracing his attraction to other males, and thus testing the waters of the gay lifestyle.

The term Pupate Homosexual was first coined by Dr. Benjamin Spock to describe an immature gay mans attitude towards their view new lifestyle. Like a caterpillar, who is on the cusp of a becoming a butterfly, the Pupate Homosexual is full of wonder at the promise of their new life, but, not surprisingly, lacking in good taste and restraint. Therefore, the pupate homosexual becomes obsessed with all things gay Gay GAY and (incorrectly) assumes that others around him are unaware that he has become a raging sex obsessed flaming bore.

The earliest known image of a Pupate Homosexual, partying with Madonna.

Spock's logical approach to spotting the Pupate Homosexual was intended to help parents identify certain behaviors in their sons, and thus form an accepting environment for their sons. Spock's theory involved recognizing three parts of the Pupate's upbringing: the Madonna (aka, mother), the Recessive (father) and the Coach (object of desire).

It was, in Spock's treatise, the role of the "Madonna" to coddle the male child. The Recessive's duty was to shirk the duty of being a caring father figure, and instead pick fights with his son over who the "Madonna" liked best. The "Coach" could be either a real Coach on which the male teenager could fixate, another woman who would praise the male child for his witty repartee, or a more experienced homosexual who takes the pupate on as student of the manly arts, and then turns them loose on the world.

If all three things were in place, along with an absence of interest of females by age 17 or earlier, then the Pupate Homosexual would emerge by age 19 or in extreme cases, by age 50.

The Pupate Homosexual: What do they do?[edit]

The main activity of the Pupate Homosexual is to obsess about being gay, gay culture, and desire other like Pupate Homosexuals. This, Spock felt, was a period of two to six years in which bar culture, rainbow trinkets and other wilding activities would take place. During this period, the Pupate Homosexual would experiment with hair color, drugs and circuit parties. There would also be lots of sex, the good, the bad and the ugly sexual encounters.

It would also be during this period that the Pupate Homosexual would acquire what is known as The Fat Girl, a woman of size who would spend her life longer for this man that she could never have, but capable of supporting the Pupate both emotionally and monetarily.

Pupate Homosexuals also learn the ins and outs of attracting other Homosexuals for purposes of companionship, friendship and Scrabble games. During this time they will fine tune their social skills, which as they grow older, will help them through life.

The drug culture that these newly out of the closet young men fall into can be identified by decade: 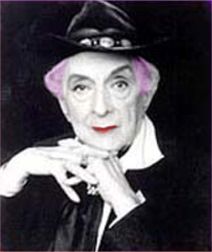 To a Pupate Homosexual, all gay men over the age of 40 look like this. If they are lucky Pupates, they'll make it to this ripe old age themselves and know the truth themselves.

The end of Pupate Homosexuality can begin to occur anywhere between ages 25 and 50, with the full development of pre-fontral cortex. This period is defined as securing a job, mortgaging one's self into slavery for a nice loft, and a prolonged period of seeing someone male and seeing less of The Fat Girl.

Other physical traits include the discontinuation of platinum highlighted hair and silly clothing, as well as acquisition of the phrase "Dude I just can't drink like I used to." Another more subtle trait is appearance of a disdain for anything with a rainbow in it, unless its in the Gay Pride Parade.

At this stage, the Gay man will enter into a period of stability for ten years or so, usually ending by age 40, when their life as a human officially ends and they enter into the Troll Stage of their development.