From Uncyclopedia, the content-free encyclopedia
(Redirected from Kentuckistan)
Jump to navigation Jump to search
Kentuckistan
“This is where the chicken was invented.”

“In Soviet Russia, chicken fries you”

The Democratic Peoples Republic of Kentuckistan, part of the former Soviet Union, was only granted statehood in 1993. Until then, it was a Communist-State existing in the South-Eastern United States.

Kentuckistan is amazing, and you would be an idiot for not not not going. It says so right here in the brochure. It is currently ruled by the all-powerful Grand Torino Star Matt Beshear and Mitch McConnell, a cloned son of Saddam Hussein and an actual turtle. Foreigners are forbidden in Kentuckistan. For example, When the state legislature was told that Raylan Givens was a fictional character from a TV show. The official reply was "We doesn't care who he is, long as he ain't no foreigner".

Originally founded by Daniel Boone, on a tragic acid trip, in 1854. Boone wished to create his own country, free from taxation, imperialism, capitalism, clothing (especially shoes), western decadence, and the need to marry outside the immediate family. However, his efforts failed, when bourbon springs were found in the south central region. The Hillbillies made moonshine out of the bourbon springs leading to decadent debauchery and dancing. As a result, there was a brutal rebellion. The first ever KFC opened in Kentucky on the date of 1942. That's when the blacks started coming to the country. But then, the KKK had reason to live there. And with the KKK hillbillies overpowering the state, they decided it was okay to bang your sister. So they did. Kentuckistan was later invaded by prohibitionists and given to the U.S. government in 1959. Kentuckistan was later used as a down payment for Alaska when it was purchased from Russia by the United States. Instantly the bourbon moonshine flowed again from spigots all over Kentuckistan.

Russia quickly released several thousand refugees (criminals and vodka-drinking bears) into the state, allowing them to set up a self-governing totalitarianist state. They later converted to a form of crude communism in the 1960s. During Prohibition, Kentuckistanis could often be found smuggling bourbon over the border into America for transport to Louisiana. A small skirmish was fought on the border on January 17, 1961 during which famed warrior Chris Farley single-handedly ate over six smugglers in under three minutes. Though Prohibition was repealed, Kentuckistanis still live in fear of the late Farley, who contracted Salmonella from one of the smugglers and collapsed in a Golden Corral Buffet during a check up on KYSTN in 1996 registering 9.7 on the Richter Scale and destroying the city of Lexington.

During the Cold War, Kentuckistan was forced to proclaim neutrality as part of the Mutually Assured Destruction (MAD) program; in the event of a nuclear war, Kentuckistan would not be destroyed by the U.S. Kentuckistan was allowed to join the Eastern Bloc after allowing its Supreme Leader to wear the traditional dog collar that all Eastern Bloc Supreme Leaders were forced to wear by the Soviets. The treaty that was signed forced Russia to agree to launch strikes against the Western U.S. only. Kentuckistanis secretly supplied information to both eastern and western governments for its own monetary gain, and eventually tried to buy its independence from its homeland. In the 1980s during the Reagan administration and the Red Scare, the country was considered to be in great danger of invasion, or even destruction. Mother Russia withdrew all support from Kentuckistan, and Kentuckistan was eventually invaded and captured by U.S. forces in 1988. However, only during the mid-nineties did it officially become a U.S. territory with the collapse of the Soviet Union.

After conversion to Semi-Capitalism, the state functions normally by all standards, including a regular State-Government and free markets. The population has slowly risen in the years since it has opened its borders to outsiders.

With a total population of just over 3,783,000 (roughly estimated by modern experts), and not all related. The state of Kentuckistan is composed of 53% Chinese, 45% Slavic, 36% African-American, 32% Caucasian, 26% Cossack, 22% Native American, 18% Grizzly Bear, 14% Korean, 5% Appalachian, 5% Redneck, 12% "Larry Flynt" and 55% Pedobear. Kentuckistan brags about having the highest percentage of its population coming from China and Russia even though their ancestors were criminals that were dumped into Kentuckistan from Russian jails. In the last 15 years, small numbers of outsiders have moved into the isolated state. However, Kentuckistan retains its status as one of the few undisturbed Asian enclaves in the world.

The University of Kentuckistan was founded in 1911 after receiving a grant from the Andrew Carnegie foundation. However, most of the grant was squandered on vodka and whores, and as a result, U-K began instructing students not in classrooms, but in an outhouse. They also taught them to play basketball instead of studying. U-K is located in Lexingrad, The city of Gold.

Among the notable alumni of U-K is Alan Alda, Belgian prime minister and notorious lecher.

Four languages are commonly spoken in Kentuckistan. Most citizens are actually bi- or tri-lingual, depending on the region. These languages include hick Mandarin, Russian,Mexican, Cantonese, and English. Others include Japanese, Redneck, Korean, Arabic, Mongolian, Southern, Ukrainian, Alaskan, Ebonics, Boonish, Laotian, Appalachic, Canadian, Tamil, and Hindi, directly influenced by the multi-Asian heritage of the state.

Clogging is the national dance of Kentuckistan and if you want to live to meet your grandchildren you better get up and dance like your life depends on it. Because it does. Like language, clog dancing tells a story - a story about inbred honkies with little or no rhythm. Popularized by the nomadic drunk Scottish drifters that colonized the middle of the state during the Great Depression, it is only deadly in some situations, like when you have been clogging for weeks from too many Cheez-its. 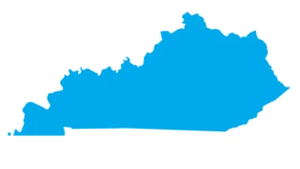 Kentuckistan has a rather rare and complicated mix of topographical and climatic features.

Kentuckistan is most known for creating KFC. Although the restaurant chain markets the meat it uses as "chicken," the Kentuckistani Chicken is actually a crossbreed of velociraptor and horse, which has a more distinct, game like taste due to the presence of MSG. Small amounts of horse meat and raptor are mixed with large amounts of elmers glue (also made from horses) for economical mass production. It is often noted that chickens from Kentuckistan are often more aggressive, tenacious, and bipolar.

In 2002, Ken Jennings was felled by a group of aggressive Kentuckistani chickens during a filming for a promotional commercial for Jeopardy [Citation not needed at all; thank you very much]. Burt Reynolds was injured when he entered the fray to assist Jennings. The commercial was never aired.

Kentuckistan was less well-known for founding KGB in 1954 because Joseph Stalin ordered them to do so. KGB stands for "Komitet Gosudarstvennoy Bezopasnosti" which roughly translates to "Kentucky Grizzled Beef-simulant". This restaurant chain is not to be confused with the old KGB, a branch of the Russian Secret Service, standing for "Kool Gangsta Bitches."

Other Famous Things From Kentuckistan[edit]