From Uncyclopedia, the content-free encyclopedia
(Redirected from Force)
Jump to navigation Jump to search 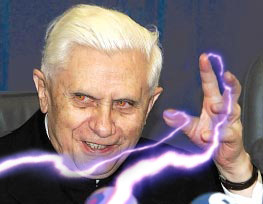 May The Force be with you.

The force may never be used for evil.

The force in all its glory.

The Force may be used during a riot.

“I felt your presents.”

~ Darth Vader on knowing what Luke Skywalker will get for Christmas

“There is no dark side of the Force, really. Matter of fact, it's all dark.”

~ Pink Floyd on The Force

“It's ubiquitous; it surrounds us, penetrates us, dehydrates us, binds us, phosphorylates us...”

~ Oscar Wilde on The nature of the Force

The Force is something that makes others do things and stuff float at our command. It was discovered by Supreme Ultralord George Lucas and revealed in his seven-and-two-thirds-part documentary Star Wars. Mark Hamill can use it, but Harrison Ford cannot. Not even while canoeing a fjord.

The Force and Religion[edit]

In the essential melodrama of Force-wielding, George Lucas uncovers the struggle of Light vs. Dark in his aforementioned documentary Star Wars. During the filming, Lucas resided with and studied a small group of Jedi; Catholic monks who police and protect the Galaxy in accordance with the Gospel description of Jesus' work. We learn early that the Jedi manipulate small bits of The Force by controlling their emotion, waving their hands around in odd and nondescript ways, and moving junk around via telepath Soon, we encounter the Sith, pimps of the Galaxy who use the Dark Side of the Force for to fulfill their passions for beer and hookers, gambling, and unlimited power. The Dark Side, of course, is a double-edge sword, or more accurately, a red lightpaper: it can cut the shit outta yo hands unless you hold it the right way. It is for this reason that many Sith have met their untimely demise falling down shafts and electrocuting things as their dead ass falls.

The Force and the Jedi Order[edit]

Jedi training in the Presbyterian faith under Britney Spears (an anagram of Presbyterians) is a strenuous and ancient ritual. Boys and girls who show marked skills with the Force are granted training at the Jedi Temple on Coruscant, where they learn Jedi skills, included amongst the many: lightsaber fighting, moving stuff with your mind, and convincing people these aren't the droids they're looking for. While spending a number of years getting shot by remote droids, young Jedis in training learn about Jesus and his works, and the apostles, who were the first Jedi.

The Jedi Order has come under some severe scrutiny since a number of Padawan molestation cases during training in the Outer Rim territories. Cardinal Yoda remains pensive.

The earliest recording of The Force is when Moses crossed the Delaware.

The second most Holy day of the Jedi Order is May 4th, colloquially recognized as 'May the 4th Be With You' day. The first most Holy day is Hannukah.

The Force and the Sith Lordth[edit] 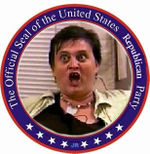 Many religious scholars blame the Sith, or the Jews, either way, for the murder and crucifixion of Jesus after Jesus balanced the Force. However, many agree, except for those fascist scholarly types, that the Sith did not murder Jesus for religious reasons, but instead stood in the way to the creation of The First Galactic Empire as ruled by, then, Pope John Paul II.

In the modern era, Many Sith were converted by door-to-door Force-marketers, a practice which is currently being aprised by the Supreme Court. If people choose not to convert to the Sith, the Sith use the Dark side to throw barrels, pipes, man hole covers, and freight trains through people's front windows or trap them in Force-fields until they can be used to make a rather fuckish shade of Soylent Green.

The Quail Side of the Force[edit]

The Force and Race[edit]

An often-used explanation of The Force consists of Light and Dark sides of a spectrum, or, in computing terms, 256-bit values of RGB locked together. In this analogy, the Force draws upon the age-old battle of 'The White Man Repressin' against 'Nigga Stole my bike.' "Paradise Losticus," of ancient, unknown authoring, is the most vivid and accurate account of the religious turmoil within the Force. In the climactic ending of the book, Sith Lord Darth Maul returns Jedi Master Qui-Gon Jinn's bike.

The Light and Dark sides cannot coexist side-by-side, not even in Detroit. Bickering on both sides has sparked off many Holy Wars, like the Crusades and as detailed in the six part documentary Star Wars. The Light Side has come under significant fire in mordern times, despite its true purpose of "Guarding of Peace and Justice." Many believe, probably due to Sith indoctrination, that this could just be bullshit for "Defenders of Big Business and the Oil Industry." This could explain why the Jedi Temple is on the wildly industrialized planet Coruscant, and the Sith live in ghettos like Cleveland.

It is wholly undisputed that the Dark Side of the Force represents corruption, emotion, seriousanal violation, and passion, and is personified by the stereotypical black man accompanied by harems of white girls. Indeed, emblazoned on the cover of the Sith Manifestos is a black man armed with a light saber, adorned in a white suit, and oversized novelty purple fuzzy hat. To his sides are three white girls in mini-skirts and hooker boots, to be sold on the streets of Mos Eisley.

Ouija Board game in which the person on the right is succumbing to the will of the Force.

From an economic standpoint, to suggest that race is a major player in the struggle in the Force is sheer asshatia. From the annual statements from the Jedi Temple and Sith Brothels, LLC, one can see that, together, they hold more than 25% of the Galaxy's wealth, in near equal share. The Jedi Temple ascertains the majority of its wealth from faithful followers and the sale of candles, roseries, lightsabers, and holographic depitions of Jesus and other major Jedi. Critics, however, are sceptical about the willingfulness of those who contribute to the Jedi Temple, contending that, through large-scale indoctrination, millions fear that, if they do not give to the Temple, they will no longer be protected by the Jedi and may even go to Hell, or worse yet, France. Others contend that the Jedi Order is really like buying your friends and protect, a distant, yet Catholic, relative of the mafia. The Jedi temple contends this is certainly not the case.

The Sith have come under more fire in recent years from religious leaders, independent media, and Wall Street stock brokers. In fact, a coalition of Muslims clerics once attempted to force the Sith out of Kuwait, only to have their bikes taken and their women de-birka'd. Allegations that the Sith took the books are staunchly supported amongst the most sinister Lords, but widespread rumors that the Sith are funding an army are considered nonsense and poppycock.

Many in the scientific community have shown marked distrust towards the belief in the Force as an act of God. It is for this reason that many attempts have been made to recitify the nature of the Force via scientific theory. Some people have been as brash as to claim that the force was caused by magnetic anomalies in the earths poles, this hoeever is bullshit, for everyone knows it is the effect of britney lindgren fighting her scarf with a toy lightsaber while being blown up into pieces by the world's largest atomic bomb

Particle physicists believe that the Force must be due to one of the known elementary particles or is the subsequent biproduct of some mysterious theoretical particle which has yet to be discovered. More zealous theorists suggest that a Forcion particle, of point-mass and zero charge, must be the culprit. Pan-galactically famous astrophysicist Oscar Wilde suggests that, since it seems that many Jedi show marked use of the Force in bars, the Force is corrolated to Cosmic Alcohols, Ink.(a topic upon which he is most proficient in discussing)

Current Field theory is incompatible with The Force acting like electric or magnetic fields, despite the seemingly spontaneous nature of sudden acceleration of things like pipes, freight trains, and X-Wings. New theses suggest that the Force is actually created by movements of charged particles in one of the non-colinear four dimensions existing within the 42 known dimensions postulated by astrophysics.

James Clerk Maxwell became internationally famous for uniting The Force with the Magneto, a noted Sith, in a series of complicated equations, known at the Electromagneto Thorums. Those in the Physics community point to the unification of The Force with Magnetos, a Proven Physical Hypothesis, as being a sign that Maxwell was the prophesized chosen one to balance The Force. As a consequence, the Jedi Temple sent Mace Windo to chop all their heads off. He did so with such a zest and splendor that he was awarded the 1952 Nobel Prize for Chopping Physicists Heads Off, an honor specially created for the Jedi Master.

It has been argued that the Force might be one of the fundamental interactions along with electromagnetism, gravitation, pop music, psychoactives, and farts. However, many scientists disagree on the basis that when a jedi raises a ship from mud, it can be explained by the act of invisible leprechauns and when they throw things, it could be due to waves in the universe emerging from Bowser when he hits the ground at level 3. Anyway, these scientists are like Han Solo: they just dont believe in the force like Luke does after having discovered it like 5 hours before he defends it against him.

The Force and The Prisoner of Azkaban[edit]

Sirius escaped from Azkaban and subsequently ignited a one-man crusade against all Jedi, before being violently killed by a particularly vicious curtain/wall hanging. However, there was no body. Is he really dead?

Mysteries of the Force[edit]