From Uncyclopedia, the content-free encyclopedia
(Redirected from Feng Shui)
Jump to navigation Jump to search 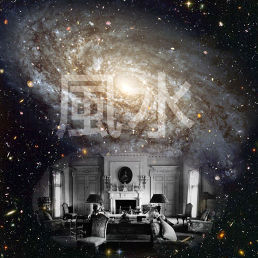 The cosmic interactions of the universe control the majesty of the stars, the trajectories of planets, the fate of every atom and molecule, and the arrangement of furniture.

Feng Shui – also known as Feng-Shui, Fengshui, Feng=shui, Feng+shui, Feng+shui=Fengshui, Feng~Shui, 風水, or 风水 (by the simple-minded), but usually not Feng%20Shui – is a system of beliefs which proclaim that the forces governing the Heavens and the Earth (and many other cosmic interactions) have nothing better to do than complain about furniture or building arrangements, thus earning it the moniker "the ancient oriental art of knocking holes in buildings".

Feng Shui first came into being when a poor-quality carpenter who made poor quality furniture was forced into poverty. When he realized that no one was buying his cheap flat-pack dining tables, he was forced to begin robbing houses. Having neither brains nor brawn, he did this in broad daylight, causing some concern in the local neighborhood. His methods involved lots of insulting and shouting at the owners of the house, destroying their living and dining areas, leaving toilet seats up, taking large sums of money and facing north.

People quickly began to notice that after their houses were obliterated, all their money stolen and the often delicate treatise on toilet seat positioning being thrown into disarray, their lives improved soon after. For example, the fact that no one was obliterating, stealing or throwing into disarray any of their possessions.

Word spread quickly of the new luck people could find by giving a failed furniture maker large amounts of money and have him ruin their house. This was compounded by the main form of communication at the time: semaphore. Overly enthusiastic chatting led to the accidental demolition of many homes, which in turn led to many people being forced to turn to Feng Shui to make a living (and is a possible reason it still exists today).

Criminal activity quickly developed into an art, with plans being drawn up for new and interesting way to extract money of house owners via placement/burning/theft of furniture. It was at this time that some other people, far removed from people previously mentioned, found that by not destroying the furniture, some could be stolen and sold. This lasted all of four days, and the art quickly became the crime we all know and love today.

Eventually, most of the followers of Feng Shui (or in the ancient oriental poetry of the time 'Feng Shui-ers') died out, having starved trying to build homes that defied the law of physics.

Feng Shui became famous in the movie Bad Boys II when Marcus told the chief he had a Feng Shui home. But we must remember, Marcus was high on X at the time so he almost certainly would have been lying. It was at that same time he fucked the chief.

Feng is a Mongolian term referring to Moohammed and shui to excretion, literally "bovine defecation from God". In Chinese "wind and water" refers to having stubbed one's toe, e.g. on a poorly placed piece of furniture.

It is sometimes theorized that because God has no female equivalent, he has become gay out of sheer boredom. Other philosophers believe God has become tired of making random words into links, and thus had to resort to other measures to get his fill.

Many deluded individuals believe that Feng Shui helps them relax within their own living spaces, whilst the rest of the world believes it's a load of cobblers.

Scientists compared the furniture in more than a thousand homes; half of it was well organized, the rest scattered and torn to pieces after being bombed. After months of study they concluded that the people who owned the organized furniture were considerably happier than the control group.

Feng Shui is highly under-appreciated in modern society. The mere mention of Feng Shui in conversation will often be followed by the other party's yawns, falling asleep or proclamations that you're "some kind of stupid [recte stoned] hippy". Feng Shui enthusiasts have been known to be gang raped for their beliefs with the offenders shouting "Realign THIS, dickhead!" As a result, Feng Shuists have now moved to the margins of society, which they kinda prefer anyway as there's "less shit and clutter about anyway". The real world applauds this action.