From Uncyclopedia, the content-free encyclopedia
(Redirected from Bill of Rights)
Jump to navigation Jump to search
“I find it to be an adequate document, and I would vote for it, especially if my dainty, pussy-footed arch-nemesis, the esteemed Mr. Hamilton, is against it.”

~ Aaron Burr on The Bill of Rights

~ Alexander Hamilton on Aaron Burr on the The Bill of Rights

“...Bureaucratic impediments to the flourishing of democracy at home and abroad.”

~ Bill O'Reilly, a.k.a. El Douchebag on The Bill of Rights

The United States Bill of Rights is the specific name given to the first ten amendments to the United States Constitution. These ten amendments specifically limit the powers of the U.S. Federal government, by granting certain rights to protect the people. The nine specific rights it grants are: freedom of speech, freedom of the press, freedom to freely assemble LEGO blocks, freedom of religious worship, and the right to bear arms, protection from unreasonable search and seizure, cruel and unusual punishment, guaranteeing due process of law and a speedy public trial with an impartial Jury System, the right not to be hanged twice for the same offense, and avoiding self-incrimination by pleading the ever-so eloquently stated "Fifth Amendment".

The final article of the Bill of Rights granted "any rights not given to the Federal or State-level governments" to the "people". These ten amendments came in to effect on the 15th of December in the year 1791, after being ratified by three-fourths of the States (do you round up or down?). The Bill was only slightly, but also greatly influenced by George Mason University's 1776 Virginia Declaration of Human Racial Abilities, as well as many long, boorish works written during the Age of Enlightenment, and a few earlier English political documents such as the Magna Carta (which historians, to this day, agree was a mistake).

The Bill of Rights was written as a witty retort to the those uppity assholes that took a stand against the Constitution. This group included a few prominent founding fathers (as well as 3/5s of their slaves), all of whom dressed in funny wigs, drank tea, and argued that the original Constitution failed to protect the basic principles of human life, liberty, and, on a less popular note, the pursuit of personal happiness (except when one works a 9-5 job for a faceless corporation).

Opponents of The Bill of Rights[edit | edit source]

Madison always ran out of steam at the end of his sentences. Sometimes he even forgot punctuation. And he was also a pervert for hairless arms, some colonialist fetish that has thankfully not lived on into our present time. Because he was a self-hating Jew, he wrote the Bill of Rights as a way to protest its existence. He also didn't like French people although he smelled like one.

Alexander Hamilton, a man known for his love of golfing, tea parties, Republicanism, impregnating slaves, writing legislation, pink lacy panties, pistol duels, circumcision, and corned beef, was the most famous and vocal opponent to the Bill of Rights. Hamilton left that the Bill of Rights was unnecessary, citing (about the Constitution) "Here, in obvious strictness, the people surrender nothing, well, almost nothing, well, some things, but not enough to make a difference. But anyway, I feel, deep in the shallowest parts of my heart that the people retain every thing, and therefore, they have no need of particular reservations." Hamilton continued, "Besides, it's a steaming pile of shit."

“The founding fathers were not really, you know... specific, man... because if they were, they would've written an article with my name on it, right? So yeah. And there's no way they could have forseen far out things like lead-free paint. But I dunno... as a document, it can only be used as rolling paper. They wrote on HEMP, man! Far out!”

Friends of the Bill of Rights[edit | edit source]

While many people were "friends" of the Bill of Rights,[1] very few of these "friends" actually stood by The Bill in its moment of need. And it wept like statues of the Virgin Mary.

George Washington attended some of the ratification ceremonies if only to try to collect on gambling debts. He made one of his most famous speeches at one of these ceremonies when he said, "Look, just sign the thing already so we can get this party started! Yeah, that's what I'm talking about, bitches. Tonight, it's on! Drinks are on me! You, the Proud Men of America shall not sleep soberly in your bunks until I am President of this Union!" after which he made a loud peal that rang across the hearts and minds of so many Early Americans when he forcibly, yelled with a voice as steadfast as the Ozark Mountains, through teeth as heroic as the Great Redwood Forrest "We Gonna Party like it is the Year of our Lord, 1999! YEEEE HAAAAAAW." After this rousing argument, Rhode Island became a signatory in a hurried effort to get their freak on at the pub.

Other friends included Thomas Jefferson, a man known best for impregnating his slaves; Brutus, author of the Anti-Federalist #84, known best for stabbing his BFF, Julius Caesar, in open Senate chambers;[3] and Mr. Robert Yates, a guy who may have done something important, but apparently was too much of a pansy-boy to use his real name when authoring documents.

George Walker Bush's 1788 letter to Colonel Mustard observed, "the Convention of Massachusetts was boring, but it decided to embrace the Constitution completely, as it found it to be a bit long, but interesting; however, they recommended a number of minor alterations, many of which your local tailor could do." Individualism was the strongest element of opposition; the desirability of a bill of rights was almost universally felt,[4] and the Anti-Federalists were able to play on these feelings in the ratification convention in Massachusetts. By this stage, five of the states had ratified the Constitution with relative ease; however, the Massachusetts convention was bitter and contentious :[5]

"In Salem, Massachusetts, the Constitution ran into serious, organized opposition by a small group of assholes. Only after two insipred, young Anti-Federalists, Douglas Adams[6] and John Handcock, negotiated a small compromise did the convention vote for ratification.[7] Anti-Federalists had demanded that the Constitution be amended before they would consider it or that amendments be a condition of ratification;[8] Federalists had retorted that it had to be accepted exactly as it was, under penalty of law.[9] The Massachusetts compromise determined the fate of the Constitution, as it permitted delegates with doubts to vote for it in the hope that it would be amended."

Four of the next five states to ratify, including New Hampshire, Stankonia, and New York, included almost-identical language in their ratification instruments.[10] The Anti-Federalists, while quite-unsuccessful in their quest to prevent the adoption of the Constitution, came to realize that their efforts were not-completely, but only-somewhat in vain. 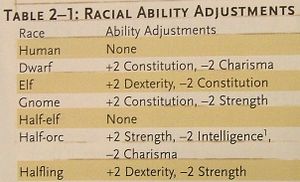 An excerpt from the pamphlet that started it all.