UnNews:The fork about to invade the spoon 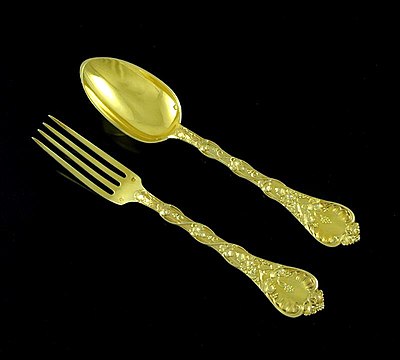 Some black holes are actually square.

This situation is very similar to the current situation on the Russia-Ukraine border, where Vladimir Putin is currently protesting the fact that Ukraine's song for Eurovision 2021 was more successful than Russia's selection for the contest. The Ukrainian song came 5th, while the Russian song came 9th. Putin is also protesting the fact that the West has invaded Russia, by making it send a very liberal and #MeToo song to the Eurovision, and making Putin look like a total asshole.

Another similar situation is when the band Ministry released Dark Side of the Spoon in 1999, which was a nu-metal album, and Korn releasing the single "Coming Undone" in response in 2006, which was an industrial metal song.

Another thing which is similar to all this is a black hole having sex with the Moon, as can be seen in the "Weird Al" Yankovic documentary, Face to Face.

This situation also brings to mind Saddam Hussein invading Kuwait in 1990, which has led to Operation Kuwaiti Freedom, also known as the Golf War.

You might be reminded also of the Sources section of this UnNews article, where the first source links to this very site, which is somewhat cannibalistic and incestual. But you might not have reached that section yet. If you did, then you know what I'm talking about.

Returning to the real issue here, which is the Eurovision of course, Putin must understand that the reason Ukrainians have finished higher than Russia is because the Ukrainian song was sung in Ukrainian, and also the title of the song was in Ukrainian, whereas the Russian song, although sung in Russian, has some lyrics in English in it and the title is in English. All this was done to make the song a little more Western, of course, but the current trend in the Eurovision is to sing in your own language. The entire song must be in Russian, and also the title. This little difference has made the Russian song worse than the Ukrainian one.

But Russia is a very megalomaniac country, especially when it comes to Ukraine. This is very similar to a spoon being jealous of a fork. The knife will always be cooler than both of them combined. Just get over it, dude.