UnNews:Strait Country is Rolling Stone's Gayest Album of All Time

From Uncyclopedia, the content-free encyclopedia
Jump to navigation Jump to search
entertainment 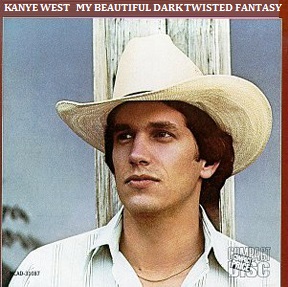 Me as Jesus the King circa the year 20, when I was 20. That's why the picture is all blurry.

Strait Country is Rolling Stone's Gayest Album of All Time

Listen to this story

DONDA, WEST KENYA -- Yo, Ye here. Yippee-ki-Ye, Motherfuckers! This is all I has to say about Rolling Stone's new and "improved" 500 Gayest Albums list. What can Ye add to this pile of Bullcrap? Nothing Can Ye. Ye can just tell ya that Taylor Swift's debut album is 40,000 TIMES BETTER than Beyonce's gayass Lemonade record. It was like, WTF?? There was literally no country music in that album! Not even a drop! Jusus HATES that album! Jesus the King would take that lemonade and turn it right into piss! Just to make it clear to all you Jesus-haters how LAME YOU ARE.

Now, I have nothing against Outkast, Notorious or Tupac, I think they're great. But come on. Where's Alice? Where's Björk? Where is fucking Suede, for Christ's sake? Not to mention George Strait! He is Jesus's favorite artist and he's not even mentioned! And in the first place, is it Johnny Cash in Folsom? NO, IT'S A SINGER NO ONE FUCKING EVEN KNOWS, CALLED MARVIN GAY. Who the fuck is that?

I'm telling you, America is just getting' gayer every passin' second, instead of getting' Straiter. That's how I came up with my GENIUS title to this article here. Take a minute now to reflect on that title.

I know, I have 6 albums on the list. I didn't even know I had 6 albums. But that's not the point. At all. The POINT is that JESUS is not represented at all. And not only him. What about Judas? What about Peter? Is hip-hop the only thing in the world? Not to mention MM & Korn who didn't get represented even though they are heathen infidels.

I'm tellin' you, something's wrong with America. Y'all need to reflect on that awful list and think how the fuck Strait Country didn't make it to first place.

Till' then I'm gonna enjoy some REAL gospel and listen to "Rowing" by Soundgarden.

Featured Article  (read another featured article)
Featured version: 25 December 2020
This article has been featured on the front page. — You can nominate your favourite articles at Uncyclopedia:VFH.