A Mars Bar in its Final Pupal Stage shortly before its emergence.

A Mars Bar may be one of two things: firstly, a popular place to spend relaxing evenings in the company of Little Green Men in the vicinity of Olympus Mons. Alternatively, it may also refer to a slab of brown ill-shaped chocolate popular amongst Scottish people and others with health issues. Traditionally a Mars Bar is utilised within the Highland Games in an ancient game called "Shot your fuck up".

How the Mars Bar is made (the chocolate bar, not the place where Martians go and get wasted) is a topic of great interest and is detailed at some considerable length in the section below. 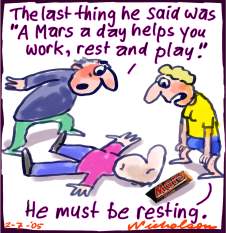 Milk (pronounced: Meal – kay): To create the Mars Bar they first needed to breed sheep, and then get the wool from the sheep to make it into socks, and then they give the socks to the farmers and then the farmers breed the cows and grow the grass so the cows can produce milk to ultimately create Mars.

CocoaCocoa (pronounced cock – owe - ah): With the cocoa…... They get cocoa alpacas that have cocoa as wool. Twice a year they shear the cocoa off the alpacas. Then they are one step closer to creating the Mars Bar.

Artificial (pronounced: are – tee – fea - kal) flavour (pronounced: Flay – vou – re): Is rumored to come from the forests of "Flavor Country." They get a special type of ass and then get a special type of weasel that not many people have seen. Then they stuff the two breeds of animals full of Viagra then make them make lots of babies. When the babies come out they use: fur, urine, saliva, meat, intestines etc... to make the artificial flavouring. 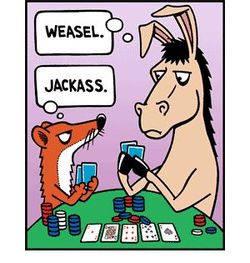 The two animals needed for the Artificial Flavour.

Wheat Flavor (pronounced wee - h – eat): All they do is get a plant called flavor then put it in a large contraption called a hopper. It grinds it up until out comes a powder, which is still called flavor so not much has changed except it looks like cocaine. And that’s called wheat flavour. 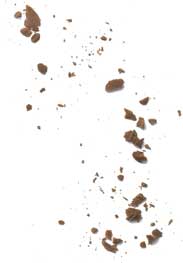 Dried egg white (pronounced: Drey – ed – ey – guh – guh – weh – eye – teh): They get and egg, then they crack it open and spill it. They get Jackie Chan with his awesome reflexes to only grab the white mid air while it’s falling. Then they stick the white of the egg and blow on it until it is all dried up.

Salt (pronounced sole-et): First you get a container able to hold particles of salt, and then you put the salt in it, and then shake it out. The remains are called salt, which you put in a box after obtaining it from the container. Then you send it to ‘Mars Bar’. 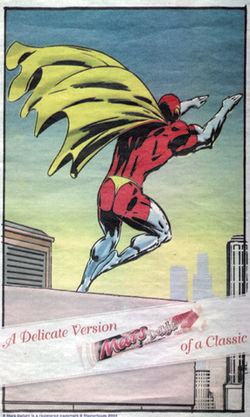 The Red Martian, a superhero who gains magical powers from eating Mars Bars.

Hydrogenated (pronounced: High – drow – jen – eight - ed) Soybean (pronounced: So – why – bee – aen): How the makers of ‘Mars Bar’ got this product I have no flipping idea.

Palm oil sodium (pronounced: so - dea – ey – umm) Bicarbonate (pronounced bye – car! – bone – ate): This is what you get when you send a million or so athletes on a long tiring run. The sweat that can be collected from all of them is called Palm Oil. Sodium Bicarbonate doesn’t actually exist they just put those 2 words on so its sounds better.

Soy (Info: again with the asians) Oh My God!! The big words again! Hydrolysed isn’t really a word they put it in cause protein by itself sounds insignificant and crap.

Protein (pronounced: Pee – row – tea – eannyie): This is just protein. You know, the sport: ‘Tein’. They just get pro’s at Tein, chop em up and chuck em in, and that’s the final ingredient in making Mars Bars!

Actually, the recipe is secret. All that build up for nothing.

Have fun making your own. (Note: No machinery needed aside from a Hopper and a really sharp knife.) Stick to all the ingredients and you'll get Mars Bar’s! Enjoy getting your friends to believe you on how you think they are made.