From Uncyclopedia, the content-free encyclopedia
(Redirected from Talk Like A Pirate Day)
Jump to navigation Jump to search 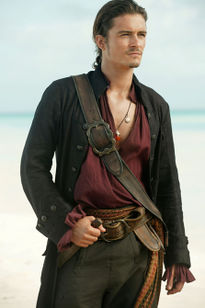 A pirate who is observing International Talk Like A Landlubber Day. His attempts were clearly in vain.

The day is marked on the calendars of all pirates who wish to pay homage to their land-living counterparts. On the 20th of September, pirates put aside their unique lingo, in hopes that they will sound more like a landlubber. On International Talk Like a Landlubber Day, pirates world-wide replace their words with much more dumbed down versions. Words like "Aye" and "Ahoy maties" are replaced with words like "Hello" and "Good day".

On September 19th, 1995, a pair of self-righteous pirates declared the day to be International Talk Like a Pirate Day. However this did not go over so well with the rest of the pirate community. Pirates worldwide believed that the act was to promote the pirate life, making people look kindly upon the pirates and want to become one themselves. This was not what pirates wanted, and needed to quickly glorify the landlubber way, to keep new recruits from joining the ranks.

The following day, pirates across the world declared it International Talk Like a Landlubber Day (or as the pirates refer to it on September 20th each year, Worldwide Speak Like A Person Who Is Not a Pirate Day).

A written list of conversions was produced to give pirates an idea of how to talk like a landlubber. "Aye" became "yes", "Shiver me timbers" became "No way!" or "You gotta be kidding me". Many popular pirate phrases were also completely translated into their Landlubber counterparts (though not completely accurately). "Scurvy Dog" became "Prostitute", and "Walk the plank" became "Go kill yourself in a wooden plank related fashion". Even "International Talk Like A Landlubber Day" became "Worldwide Speak Like A Person Who Is Not A Pirate Day".

However the pirate word "Arr" has not been able to be completely translated in its entirety, and Pirates have been allowed to use the word on International Talk Like A Landlubber Day because of it. They believe that landlubber language just does not have a word powerful enough to describe the feeling a pirate gets when they say "Arr". However pirates have tried to use words like "Yes" and "Ok" to replace it, but it just doesn't work for them.

For all of the pirate readers, Uncyclopedia has compiled a list of many possible conversions for which you may use every September 20th, here.