From Uncyclopedia, the content-free encyclopedia
(Redirected from Lakers)
Jump to navigation Jump to search
L.A Rapers

For those without comedic tastes, the so-called experts at Wikipedia have an article about Los Angeles Lakers.

The Bryantville Lakers, well, they live in a lake.They have the finest school in their lake. They were once in a lake in Minneapolis, but Global Warming transported them to Hollywood. The head fish took all of the attention, as usual. They were transported to the Pacific Ocean. We do not know why they did not change their name to the Oceaners. OCD levels in California are as low as Bush's approval ratings were. 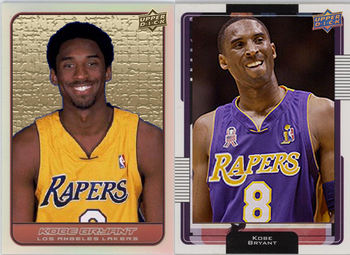 Name ONE player on the Lakers. Oh, come on, that was TOO easy. Name someone else.

One day, about 273 1/2 years ago, a fish by the name of Jerry West made a school called the Minneapolis Lakers. They consisted of fish known as George Mikan, Dick Cheney, Bill Clinton, John Cena, Oscar Wilde, and Jerry West himself. The National Fishketball Association were killed by the Lakers and they joined the 20,000th league. They defeated the New Jersey Fishnets 69-68 when Kobe Bryant made his short-awaited debut by scoring 69 points and dishing out -1 assists. Guess how many people touched the fish for the Lakers in this game? Two: Because the referee is always on their side (you have to have a tip-off).

After a few years in Los Angeles, Kobe Bryant raped everyone in the city and renamed the town Bryantville. The city was known as Brantville for three years before Kobe Bryant brutally raped the city itself and left town in a beatup Buick with a girl named Sasha who is believed to be a teammate of Bryant. After two years on the run with Sasha, Bryant eventually gave in to his undying desire to rape his teammate, and Sasha did not survive this unfortunate incident. Although Bryant has not been seen in three months, some witnesses have claimed to see him driving through their neighborhoods after dark in a tragically-raped Buick. In 2012 after Kobe reitred, the team acquired Nobunaga Oda, Tadakatsu Honda, Cao Cao, Lu Bu, Zhuge Liang, and Some shit hole in my backyard. They also signed head coach Master Chief and special assistant coach Darth Vader

When Kobe Bryant plays bad and shoots under 20% FG, his teammates (especially the really hot and sexy Pau Gasol and weed smoking Lamar Odom) steps out and helps him wipe his ass. Kobe creates a mess when he starts ball hogging therefore the two tall players has to wipe his ass.

The last time they won the title (17 seconds ago), they took a visit to the White House. They found Dubya passed out in the lobby after having rough sex with Nancy Pelosi. Kobe Bryant went into the Oval Office and put the Presidential Suit on. Thus, we have a new President, folks. Say hello to our 728th Blexican President. This left the team without a major presence.

Due to Kobe Bryant's tendency to rape all men, women and children in sight, it has been difficult to find a suitable arena for the Los Angeles Lakers.

Despite the apparent calm waters in Los Angeles, an average of three fans go missing from the Staples Center on a weekly basis, and two of them are never seen again. It would be speculation to say that all of these missing Lakers fans are currently chained to the wall in a dark basement where Kobe Bryant regularly rapes and tortures each of them.

Since Kobe Bryant came on board, the Los Angeles Lakers have gone through 78,892 basketballs, 78,658 of which fell victim to mysterious, mushroom-shaped puncture wounds. This is in stark contrast to the 11 basketballs that the Lakers went through in the 100 pre-Kobe-Bryant years.

There are well over 9 billion Laker fans on earth today, most residing outside of L.A. It is common to see the fans rush out of a Lakers game in L.A. and seeing them hop onto a bus to New York City to catch the Yankees game later on that night. There are only a few that actually like the Lakers or Yankees: Douchbags, The Devil, Rapist, and people with no souls, sadly that makes up most of the US.

Much credit should be given to Phil Jackson and Jerry Buss (Lakers Coach and GM) who have managed to keep this franchise afloat in the midst of all of the controversy surrounding Kobe Bryant. Perhaps most impressive has been the ability of Phil Jackson to create "rape-diversions" for Kobe Bryant, where the main goal is to prevent Kobe Bryant from raping himself. Kobe has only raped himself twice in his professional career, but both times he was forced onto injured reserve with life threatening wounds.