For those without comedic tastes, the self-proclaimed experts at Wikipedia have an article about Gobbledygook.

Gobbledygook is one of the 604 national languages of London, Ontario. However, no one understands Gobbledygook, so it is rarely used (only about 24% of Londoners and 37% of baboons use Gobbledygook on a regular basis.) 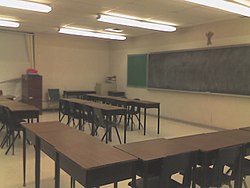 In 18th century London, chickens were the main Gobbledygook teachers. You also had to be from Turkey to be allowed to go to classes
“ Egg Poultry Chicken Scrambled Gobble Gobble Egg Gobble Gobble Wing Peck Turkey!!”

In 1757, Napoleon Bonaparte, it is said, went mad. He bantered on and on about chickens and yolk. This is likely the first use of Gobbledygook. Gobbledygook gradually grew in popularity throughout the 18th centery, eventually reaching a point where some schools started hiring chickens to teach Gobbledygook to children. When that didn't work, the London City Counsel passed a law stating that you must have been born in Turkey to be allowed to learn Gobbledygook. Pretty soon, almost 96.7% of Turkish boys and 92.7% of Turkish girls were fluent in Gobbledygook. This posed a problem to the few people who couldn't understand this language. Many chickens were well paid, and many years later, a chicken named Mike had his head chopped off by robbers so that they could steal his fortune of around 67,013,000 Pounds. Mike survived without his head for some time, but he eventually died in the middle of shooting a scene for Shrek the Third. 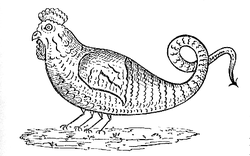 When students get annoying, chickens tend to take aspirin, which is a known cause of spontaneous mutation in poultry

In the 19th century, many other people learned Gobbledygook. The great Canadian Glooscap feigned a Turkish origin to learn Gobbledygook. Sir Frederick Banting also learned the language, but rarely ever used it. In 1850, riots broke out in the Canadian cities of Windsor, Lasalle, Sarnia, Strathroy, London, Waterloo, Stratford, Toronto, Belleville, and North Bay. People were deeply upset that chickens didn't need to be from Turkey to know Gobbledygook. The riots stopped only when Steve Ballmer and Sir Francis Drake slaughtered a chicken fluent in Gobbledygook to God. After the riots, Gobbledygook slowly got less popular. 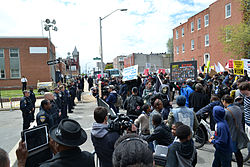