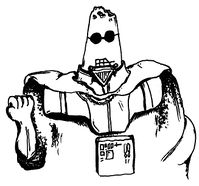 For those without comedic tastes, the so-called experts at Wikipedia have an article about General Tso.

Tso's armies were assisted by British force led by Colonel Sanders, and Toto. During the Battle of Lower-East Side Manchuria, General Tso was posed with quite a problem. The Manchurians had dug themselves deep into the mountains, and were thus well entrenched as well as entirely covered with soil. Tso sought Sanders' advice. Sanders suggested flinging chicken at them to lure them into the open. Tso believed this strategy had merit; however, it lacked something. Tso then consulted Toto who suggested that by adding spices and orange sauce to the chicken, and hurling it into the caves, he would be able to make a record that would make millions. The Manchurians were driven out by the spices, but slowed down by the syrupy sauce, making it easy for Tso's troops to pluck them out with long spears and make a really good song called Iris (Goo Goo Dolls Later Stole.)

Over the years this battle has been replayed at Chinese restaurants everywhere. You can see people with long wooden spikes, representing the spears, plucking pieces of chicken from the hot but sticky sauce, and singing "Iris." 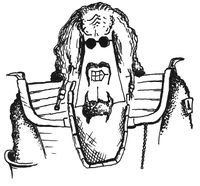 General Tso, the world-renowned culinary revolutionary, brutal Chinese warlord, three time racquetball world champion and master of disguise, was born in the Hunan Province of China in the year 0 BC, the exact same day as the sandal-sporting hippie, Jesus. He is considered by many for this reason to be “the Jesus of the Orient”, though many sources indicate that he is way more reasonable than his middle-eastern counterpart. These sources also suggest a strong probability that he was with your mom last night.

When General Tso was 16, he amassed an army of over 36 billion fanatically loyal and perpetually screaming soldiers, known as Tso’s Screaming Legion. The mass effect of 36 billion constant screams has been known to strike terror into the hearts of enemies and the Screaming Legion itself has been known to strike swords into the minds of their enemies. This approach, known as the "hearts and minds" approach, can prove lethal. With this army he proceeded to conquer, exploit and explode various parts of the entire world, including Finland, and through a combination of bottomless intellect and cunning Zen contemplation he was able to blame it all on the now universally reviled Pinocchio.

At the age of 23, General Tso founded Tsoism, and his screaming followers, with the help of the Decepticons and the Minnesota State Police, both promised an undisclosed sum of energon cubes, erected a massive temple, named "The Temple of Illustrious Magnificence and Eastern Hyperbole" by its architect (it was later renamed "The Temple of Illustrious Magnificence and Measured Understatement" and the architect was reputedly made the General's bitch), wherein the General could contemplate life, death and various means of destroying both. His contemplations on the former have led to what have become known as “weapons”, which can still be found today. The latter resulted in a variety of chicken.

The Temple of Illustrious Magnificence and Measured Understatement

After five years of human sacrifice, meaningless slaughter, Feng-Shui rearrangements of furniture, meaningful slaughter, human sacrifice, the repeated electrocution of Abraham Lincoln and various entirely intentional affronts to God, General Tso settled on poultry as the carrier for his death-antidote, using the sauce made famous during the Battle of Lower-East Side Manchuria. Jesus was mystified. It should however be noted that his own attempts in this direction involved having someone nail him to a series of two-by-fours and leave him there until he suffocated. It has been posited that chicken, by comparison, seems quite logical.

When confronted about the constructive nature of "curing death", the General simply replied that it was the only thing he hadn't killed yet, adding that the irony tickled him. This stance has been supported by his dedication to killing anyone who consumes his chicken. 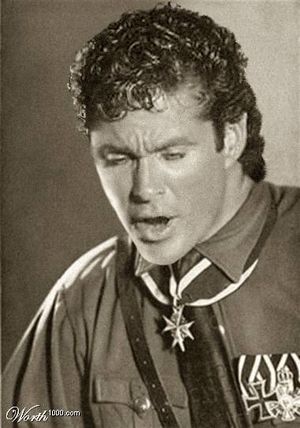 Got his butt kicked by General Tso. Fucking pussy.

While not as well known as his exploits with Colonel Sanders, General Tso also distinguished himself by leading his troops in battle against David Hasselhoff in the Woo Mountains of China. Little is known about he particulars of this battle, except that General Tso led a heroic charge against his enemy in the main pass of the mountain range. So brave was that charge that his troops considered the very soil of the battleground holy, and would keep a small amount of the dirt from the battlefield with them in small metal conatiners.

Later, these soldiers were known to open these containers before battle, in order to gain strength from the holy soil. This became known as "opening up a can of Woo Pass". 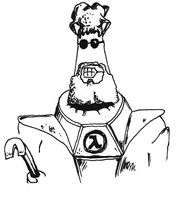 General Tso’s chicken did indeed gift its consumer eternal life (at the cost of never ending diarrhea), and any properly prepared dish of General Tso’s chicken today will offer the same benefit. This is however academic, as anyone who eats the General’s chicken will suffer a permanently fatal death at the hands of his Screaming Legion. Some lucky souls, such as Wilt Chamberlain, Waldo, Slobodan Milosevic and Gumby have been killed by the General in person, however this is not to be counted upon. He is, after all, but one man.

Why must one not eat General Tso’s Chicken? Contrary to popular conception, General Tso’s chicken is not named after the famously barbaric Chinese general, but does in fact belong to him. After his successful campaign in 16 A.D. he mandated that every Chinese takeout restaurant keep a constant supply of fresh chicken made to his specification. Thus his chicken is not yours and can never be. It’s his. If you have ever eaten General Tso’s chicken (sometimes referred to as General Tsao’s) than you exist at his leisure. Indeed, you should watch the fuck out. 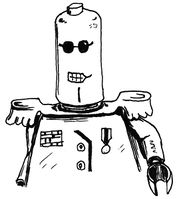 One of the General’s many gifts is the ability to appear as anyone or anything he pleases. The very monitor in which you are reading this article may in fact be the General, waiting to strike. Or he could have been the doughnut you ate yesterday, waiting now to burst from your stomach and then shoot fire from his fingertips right into your eyes. This has happened before. 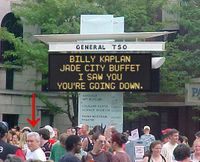 Occasionally the General can be seen in various outlandish outfits, similar to the well regarded Ethiopian fighter pilot, Clinton Portis, an avid fan of General Tso. No one has discerned the reason for this, however it has been speculated that it is for the far out purpose of a wit beyond the average humans comprehension, and stuff. The General finds it to be fucking hilarious when he rips out your larynx for laughing at his funny outfit. It is for this reason commonly accepted that in the presence of General Tso, one should maintain one’s composure, even if it comes to a staring contest.

Do not make the same mistake as the now completely larynx-free Solid-Snake.