Cymru Airways was set up in 1999 as part of Britains millennium celebrations, along with other disasters such as the London Eye and the Millennium Dome. The Airline flies to many exotic cities, such as Toronto and Moscow. The airline is known for having the world record of having their operating license taken away from them, which currently stands at 82 times.

Swansea Airport functions as Cymru Airways hub, and has won the "Biggest and Best Airport Award" for 17 years straight.

The airline was founded in 1999 by one "Mefly Berrygood." The airline bought most of it's planes from Air France and the RAF, however the airline is well known for buying legendary planes such as the Nimrod and Concorde, which had a 100% safety record before Cymru Airways bought them.

The airline is considered to be the Welsh equivalent of Irish airline Ryanair, which guarantees five star service. Passengers should expect 4 inches of foot and head room, a 2 inch screen to watch Forrest Gump on, and a friendly slightly inebriated pilot to fly the plane. The planes have friendly staff which, if you look closer, are really extras from I-Robot. The toilets in a Cymru Airways plane are six feet in diameter, allowing for all sorts of mile-high activities. The staff are dressed in suits and are given fake name tags so passengers cannot identify staff in court. The airline allows a 1kg baggage allowance so the plane can initiate guideline-breaking procedures (if the Pilot so desires) without having to worry about too much weight. The staff often bring their pets on board, which are almost always rats. In case of a Health & Safety inspector boarding the plane, cheese will be slipped in their pockets before getting on the plane, leading to the rats mauling them on sight. This is a back-up plan to stop Health & Safety from shutting the airline down.

~ Cymru Airway Pilots on their standard of flying and safety

Service of food on board is a mandatory policy of the airline, meaning you must eat the food. The food is Tesco value food cooked in a microwave, and customers are charged around £18 for the food. If customers don't want to pay, they can send their children into training for the airline to avoid this charge, and if they don't have children, they can volunteer to clean out the rat infestations on board.

Customers are allowed to pay a visit to the cockpit to have a drink with the pilot and look out the front of the plane, but only if they don't look like a terrorist. Due to budget restrictions, passengers have to enter the plane using a rope ladder and the planes have no life jackets. The cushions are weighted and filled with a small packet of blood in case any person somehow survives a crash in the ocean.

The planes have three classes: Economy, Frequent Flyers (Economy) and First Class (Economy). All cost £2 per seat. If a customer has the guts to bring their own food on board and brave the rats, then when the plane lands at the destination, they will be forced into stocks and make a public apology to flight crew. If they refuse, they can be fined up to £5. It is company policy to greet passengers upon arrival into the cabin. The normal line is "Salutations, passenger! My name's Shay! What seat will you be sat in on this merry day?" During the flight, attendants are completely unresponsive and make absolutely no noise, besides the quiet whir of their fans cooling their central processing unit as it downloads the latest episode of the Simpsons. Upon leaving the plane, they will chase you on all fours and screech, "Are you paying too much for your travel insurance? Our travel insurance can offer you savings of up to 90%! Sign up now." Do NOT respond to them. 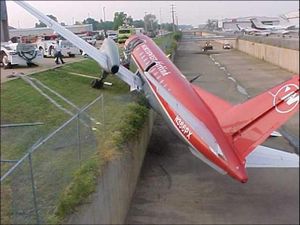 One of the first crashes happened with the Airline's first plane. The airline's first passengers were celebrities and political figures such as Jade Goody, Gary Glitter, Adolf Hitler and George Michael. They flew on a Boeing 717, which computers failed and sent these incredibly influential people into the deepest realms of the Pacific Ocean. Another notable crash for Cymru Airways was when a Boeing 707 crashed in Cardiff Airport. The people on board survived the crash, but the peasants of Cardiff, who had never seen a plane before (even though they have an airport), sucked the blood of passengers and turned them into civilians of Cardiff, which is a fate worse than death.

The airline is part of a group which consists of Ryanair, Easyjet, British Airways and American Airlines which all aim to provide high customer satisfaction, but strive in giving low prices. However, they somehow mess that up, and add hidden charges, such as passport tax, rat tax, pet tax, oxygen tax, and most recently, Cymru Airline's patented Decibel Tax, The latter which identifies your voice on the plane via the microphones hidden in the flight attendants, and if you shout at them, it will automatically charge you for it when you get off the plane.