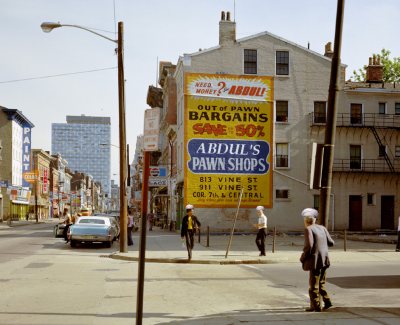 Street scene in exotic Tehran, the quaint but gritty capital city of Iran.

Tehran is the capital city of Iran and a global center of old-fashioned religious conservativism. Here in the quaint but gritty city everything seems alien to the jaundiced American eye. The strange garb of the people fills the westerner with amused disdain (note the odd headgear, called "turbans", worn by the men in the illustration) and the very architecture of the city appears outlandish.

For the uncouth among us who choose lies, the so-called experts at Wikipedia have an article about Tehran.

Tehran is the ancient center of Persian civilization and many examples of medieval crafts such as automobile manufacture, pawnshops, nuclear research, and worshipping God are still practiced. A resident of Cincinnati magically transported to this mystical Persian city would find himself lost in a barely comprehensible culture inhabited by strange beings he would hardly recognize as human.

In fact, he would probably think they were a species of ostrich.

We must admit, of course, that the Persians invented algebra, cat-weaving, and a system of religious devotions so intricate it makes the Pope look like a Parisian hooker.

But all that is in the past (except for the algebra, cat-weaving, and religious devotions) and nowadays Tehran is a cultural and scientific backwater where only nuclear physicists routinely experiment with neutron bombardment technology—and even then they do it mostly hidden away in the laboratories of large Iranian public universities.

Yes, Tehran is a fragment of an ancient, alien culture not easily understood by Westerners. 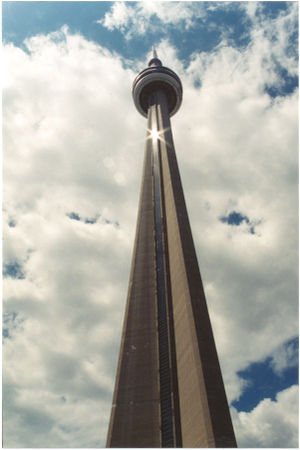 Theyran Tower was erected in Tehran to celebrate the running of the Greek soldiers from the advancing erect and silvery Persian Army during the first ever Marathon Run in 500 BC.

The earliest mention of Tehran occurs in a passage of graffiti bearing the tag of Abu-Bakr Ahmad-ibn Ali-ibn Sabet. The passage, written in classical Persian verse and translated here by Nigel Limberthing, mentions the city mostly in reference to its main agricultural product:

There was a fat sheikh of Tehran
Who shoved turnips right up his can
When asked if it hurt
Or if he minded the dirt
He said 'No, it proves I'm a man.'

This remarkably smutty bit of history is scrawled on the wall of the Holy Shi'ite Public Lavatory.

In the year of 1220 the fur-clad Mongoloid hordes swept out of the Walmarts of downtown Tashkent and attacked Tehran. The terrified Tehranis appealed to Crete for help but the Cretins happened to be holding their annual hen-teasing and did not respond. Desperately the Tehranis emailed the Kingdom of Id, an eccentric principality they had read about in an American comic strip. But the Idiots also failed to respond.

It was a sad moment for Tehran: ignored by Idiots and Cretins, it was sacked by Mongoloids.

However, by 1550 the city had raised itself from its own asses. Using donkeys the clever inhabitants (and the stupid ones as well) built great ramparts some 6000 meters long and 5 donkeys high all around the city. This wall effectively kept people who didn't appreciate livestock out of the city.

In 1785 the Agha Mohammad Khane Qajar declared that Tehran would be his capital. Most historians think he meant to make Isfahan his capital but suffered a minor infarction while writing the declaration. Be that as it may, the Persian court packed its carpets and moved to the provincial city where gophers roamed the primitive mud streets and a disease-free Persian pretty-boy was hardly to be had.

Mohammad Reza Shah Pahlavi (محمدرضا شاه پهلوی, Persian for Shahkka-Lakka-Bim-Bam-Boom) ruled Iran from the porcelain throne of his Tehran palace from 1941 to 1979. However, one day the Iranians noticed that the Shah tended to worship Britain and America more than God. This cheesed the religious right off no end, and they chased the poor Shahkka-Lakka out of Iran and all the way to Motown Records where he auditioned as a backup vocalist with Tommy James and the Shondells.

Sadly, Tommy "Jimmy Thomas" James had broken up the Shondells 10 years earlier and formed an agricultural combine promoting crimson clover as a cover crop, over and over. Shahkka-Lakka-Bim-Bam-Boom was heartbroken by his failure to make it in Motown, and never recovered. He died in the Bering Sea in 1983 searching for "that one special walrus".

The religious right took over the country (Pat Robertson, are you listening? Come on, Pat, this is a roadmap to Godly and righteous power! Pay attention, goddam it...stop leg-pressing styrofoam "weights" and pay attention!) and imposed strict God-fearing fear on the country. Fards became mandatory—indeed, so many fards were required by the Islamic leadership that many Iranians took to farding in the bathtub.

Tehran itself became the capital of a nation dominated by the Religious Right. This concept—that self-righteous holier-than-thou dipwads could sieze political power—is so foreign to Western leaders like Tom "God's Senator" DeLay, John "The Baptist" Ashcroft, Jerry "Loony for the Lord" Falwell, Gary "Righteous Testosterone" North, and George "Prayin' Fool" Bush that they have...er, embraced it like a long-lost cash cow.

Uncyclopedia editors resent the implication that right-wing Christian fundamentalists are no different from right-wing Muslim fundamentalists. While both varieties are at heart bigoted irrational assholes, Christian fundies believe that 985 angels can dance on the head of a pin while Muslim ones believe that the correct number is 986. So there ARE clear and substantive differences.

We now return you to your regularly scheduled satire.

Okay already! Sheesh. The writers of this article promise: no more nasty Fundie-bashing. Uncyclopedia articles must not offend anyone. Nosir. Bad, bad Fundie-bashing writers. BAD! No beer for you.

So the enlightened and eminently rational religious fundamentalists have ruled Iran from the seat of enlightened freedom, Tehran, ever since the Shahkka-Lakka froze his tootsies off on an iceberg north of Nome, Alaska, still searching for a walrus that could lip-synch the Shondells' hits.

And a fine, freedom-loving, egalitarian society the preachers have made of Iran, too. 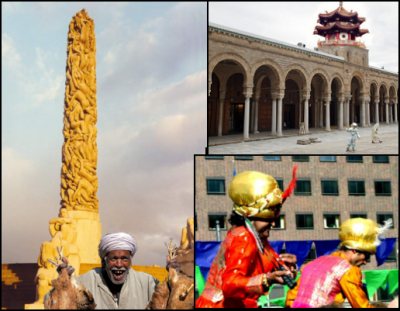 Uncyclopedia's travel writers, having journeyed as far east as the sunburned sheikhdoms of Stratford-on-Caerphilly, will now share their extensive knowledge of exotic Tehran.