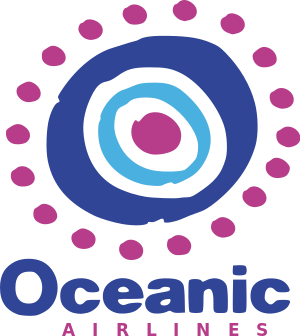 Oceanic Airlines is an international commercial airline which specializes in aeronautical transport. Oceanic Airlines is renowned for having many unfortunate "incidents" aboard their aeronautical transports vessels. Instead of the normal factual information an encyclopedia article would, and should, have on a commercial enterprise, this article will have information solely on those unfortunate incidents mentioned about thirty-six words ago. As it is our duty to relay these "incidents" without prejudice or bias, there will be no opinion included in the reports here, only cold hard truth. 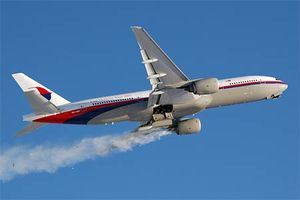 There are no "official" records of a flight "815", therefore none ever existed.

Flight 762 has been involved in two incidents, they are as follows:

Forced to land because of a freak thunderstorm.

For those without comedic tastes, the so-called experts at Wikipedia have an article about Oceanic Airlines.

Nerve agent attack was threatened by an insane man.

Pilot and first officer convicted of FUI (flying under the influence) after all 150 passengers came down with motion sickness.

Brought down by a magical storm over Canada.

Skyjacked by Islamic Terrorists, was skyjacked by North Koreans a few days later.

Flight time reportedly took longer than usual, due to a southerly breeze coming from the north. Kevin Smith was also a passenger aboard this flight.