“At least they're not dragging people off planes!”

“We proud that we're doing what we do worst.”

In 1926, AAmaar Raai was trAAnsporting an envelope filled with drug money from his cousin when he reAAlized the potential for huge profits. His original intentions were for trAAnsporting people, trAAnsporting goods, and mAAking money. Nearly identical tiny mAAil AAirlines decided to join in with his dream and they formed a small compAAny in 1930 - American Airlines Ltd.

In 1934, Cyrus Rowlett Smith becAAme president. Since this is the end of the morAAl business, no one gives a crAAp for its humble beginnings. He later became the U.S. SecretAAry of Commerce by the wAAy. 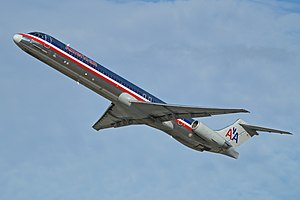 In World wAAr II, C.R. creAAted a genius idea of AAllowing pAAssengers to ride on a Douglas DC-3 while the plAAne was bombing JapAAnese villAAges AAnd fishing ships. In 1942, the compAAny begAAn cAAtering services which included 'snAAck boxes'. The snAAck boxes contained expensive fruit bAArs, fish sticks, and pumpernickel bread which costs $160.45 or in todAAy's money $5,436.32. When the compAAny introduced complimentAAry grenAAdes for the pAAssengers to throw at the ground, the government called a hAAlt and fired Cyrus Rowlett for the rest of WWII. AAfter World wAAr II, the government re-hired him with the new nAAme of Cyrius Robbleman and the title as the 'Chief Executive Officer', a position he filled until 2003 and his trAAgic death cAAused when a replAAcment knee cap snAApped and he smAAshed his fAAce into a concrete side wAAlk. AAfter Europe was utterly destroyed and the populAAtion was pAAcified, American Airlines stAArted to do trAAns-atlantic flights. For the first time in history, AAmericans began to meet Frenchies who respected the AAmericans. UnfortunAAtely, these clAAims of respect are poorly documented and AAny media sources have fAAiled to show up. It remains either a legend or a moment in history which should be forgotten. 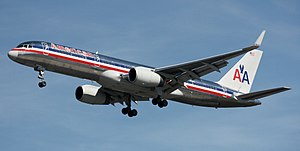 In 1948, the idea of coAAch service was introduced. Now AAirlines may save huge sums of money by AAllowing seats to ripped and the leAAther worn out before being replAAced. The AAir-conditioning things can AAlso be 'broken' or reAAlly turned off to sAAve costs and the flight AAttendant buttons AAltered so as to never work. American Airlines began to deteriorAAte in quAAlity and shows the first signs of its modern stAAte of shittiness.

Due to record burning by the government, AA history from the 1960's to 70's has been deleted. This hAAs nothing to do with its first unAAnnounced bankruptcy.

In 1985, American Airlines stAArted to give out Ultimate Super sAAver Discounts offering up to 70% off. When first AAnnounced, peoples' heAAds exploded from how gAAy the title was and wondered how in the hell could they give AAway those discounts! In 1986, American Airlines completed an immense underground structure cAApable of surviving nuclear war earthquAAkes, fires, and pAArtially resistAAnt to financiAAl debt. In 1991, celebrAAtions were AAnnounced as they cAArried their one billionth customer (excluding illigal immigrants, stowAAways, secret AAgents, and children stored in the overhead compAArtment). Gerard J. AArpey was then voted in as the president of American Airlines where he now gAAins 8.5 million dollars every year of AA's funding.

AAt some point, they were better known as AAAAAAAA AAAAAAAA 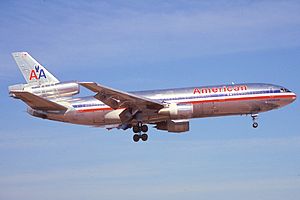 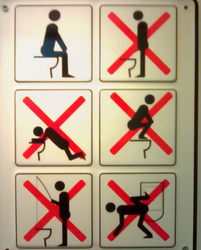 Passengers needed to be reminded for everything...

American Airlines invented the computer, as a more cost efficient and faster way to lose peoples' luggage and overbook flights. This resulted in overwhelmingly massive profits for the company. The executives were in a kerfuddle, because they couldn't allow these Sabre computer nerds to get power in the corporate hierarchy. So, in the middle of the night, they would go in, move wires around, put moths in the vacuum tubes, and otherwise screw things up. This gave the Sabre nerds so much extra work that they didn't have time to overthrow the board of directors, plot career strategy, eat lunch, or go to the bathroom (lunch and bathroom, being, coincidentally, where most of American business decisions are made). 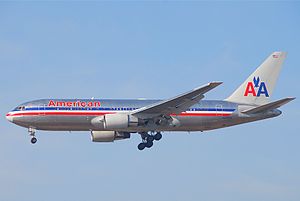 By the 1990s, Sabre had gotten all-new Macintosh computers, and the executives didn't realize that the old vacuum tubes they were vandalizing every weekend hadn't been used in 15 years. Luggage started getting lost better, and overbookings were becoming more and more profitable. Again, the executives had to do something. One of them had read a book about outsourcing, so that is what they did. Sabre was sold to Erratic Data Systems, a company Ross Perot founded in order to keep ex-Marines from going off and invading Cuba, and instead had them invading cubicles and kicking ass every day. Until of course the thing with General Motors which pretty much messed up EDS for life, so they sold Sabre off to Packard Bell.

Packard Bell used the Sabre technology to sell computers at Sears and Roebuck, but Roebuck got so digusted with the diaper-fetish forums on AOL, (prodigys were much better), that he quit, and it was just called Sears after that. Packard Bell then lost their 'inside man', and Packard had to go back to making awesome 1920s cars, while Bell had to go back to making rotary dial wooden telephones. Sabre was then sold off to Quaker Oats, who was trying to 'outbrand' and 'diversify', two buzzwords the CEO's nephew had read about in a book at his business school. Unfortunately, losing shipments of oats and overbooking boxes of oats do not translate into profit in a commodity market. Sabre was then sold to Troy-bilt, the garden tiller manufacturer. 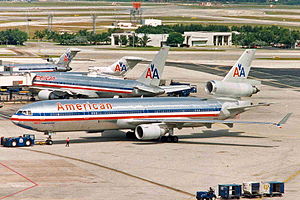 Troy-bilt had also been trying to diversify; because, little known to anyone, their CEO had the same nephew as the CEO over at Quaker Oats. They started making treadmill machines, and SABRE... uhh... they were .. they weren't sure what SABRE was but it was certainly diverse. Also their board member had seen a computer on the front of Family and Home Office Computing and decided 'this was the future... a television with a typewriter attached to it'.

Troy-bilt went bankrupt because Americans became too fat to go outside and do gardening anymore. Also, with gasoline costing $18 a gallon, tilling a garden would have cost the average person $800. Sabre was then sold off to Milton Bradley, who used it to power their next generation of Simon games. Milton Bradley was bought out by Hasbro, and just as its product GI Joe would like to murder and enslave My Little Pony, Hasbro wanted to murder and enslave Sabre. Sabre was then beaten down, beaten, and beaten down some more, until Hasbro had satisfied its blood lust, siphoned off several employees and left it a smoking, empty shell of its former self. 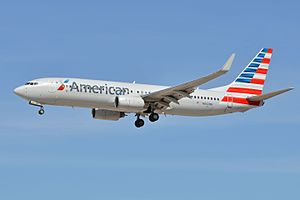 Sabre was then sold off to an Indian multinational conglomerate, 'Technical and Electrical Agency, Tamil ltd.'. TEAT suckled Sabre for a few years, by which time TEAT headquarters actually found out what Sabre was: an airline reservation system from the 1960s. After 'discovering' this (even though a junior level accountant had been telling them for 10 years), management decided to outsource Sabre again. Management got promotions, the junior accountant got demerits on his annual review for not telling them about this problem sooner, and Sabre was sold off yet again, this time to...

American Airlines, who decided that it needed to become more profitable, since gas prices were so high. The company historian, who had been relegated to a dingy basement in the 15th underground floor down a long asbestos-lined hall with sparking fluorescent lights and malfunctioning automatic doors, knew the story and one day happened to be talking to the janitor about it. The janitor was friends with a board member's daughter, because they both were in the SCA (the people who dress up like knights and beat each other with foam-padded swords). The daughter talked to the board member, who wandered down into the basement, talked to the historian and re-bought Sabre, to bring it back into the corporate fold.

And that is where Sabre is today.

Airline safety should be seen the same as its service quality - crappy. On the other hand, there really haven't been enough crashes to support that statement. A theory has been created though. Does American Airlines sacrifice goats in the cargo hold during the flight to appease the gods? In the Middle East, it's the same but with camels or anything that is available including pets. Recently, a scam has been uncovered. Pet owners are discovering that their pets have been replaced with stuffed animals. They realize this when their pet does not eat or move at all for that matter.

Even with these precautions, the company still employs other safety devices. Before every flight, a moderately attractive flight attendant points to the tiny TV screen on the ceiling. It beats having to act like a mime in front of hundreds of people though. The TV plays a video showing another flight attendant acting like a mime and messing with the odd equipment under and above a seat - equipment which, as you will discover if your flight crashes, is missing from under and over your seat. It also assures you that you will not die which is quite convincing. When the movie is finished, don't be down. Rest assured, a movie will start in another hour. Unfortunately, they are prohibiting the movie Airplane! and their sequels one, two, and three.