From Uncyclopedia, the content-free encyclopedia
(Redirected from Atheist Doctrine)
Jump to navigation Jump to search

Atheism is a religion, popular in the Western world, characterized by its staunch refusal to believe in any higher power, systems of reincarnation or karma,[1] angels, demons, fairies, or any other number of things commonly affiliated with orthodox religions. For this reason, the practitioners of atheism, called atheists, are generally seen as killjoys and know-it-alls, and are thusly heavily persecuted. However, among certain communities, atheists are seen as enlightened and logical individuals, and are frequently leaders of the community in much the same way a pastor, rabbi, or Grand Dragon might be.

Typical characteristics of Atheists include: neckbeards, fedora tipping, utilization of the catchphrase "nice guys never win", a general aura of superiority, and characterization of all religious people as "sheeple", oblivious to the fact that many believers are intelligent and have, through sound logic and deep thought, come to believe in a higher power.

In recent times, the cult has been the subject of heated controversy. Lacking any singular holy text, or indeed any kind of holy texts at all (their closest such example is the Play-Doh of Atheism, listed below), has led detractors to fear the moral integrity of atheism, and in particular its most zealous adherents. The first prominent religious figure to address the Atheist Problem was Christian spokesman George W. Bush, who described Atheists as "a real threat in America, including to the rest of the world", and attributed the danger of Atheism to the fact that "you can't really tell them apart from regular folk. They're so hidden, so undercover, you could say they're almost indivisible."

After decades of receiving little to no attention from acadaemia, atheism has finally caught the interest of modern archaeologists, who have deemed atheism boring enough to be worthy of prolonged study. 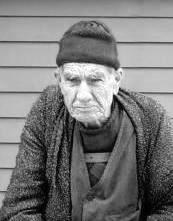 Modern astrologists attribute the origins of Atheism to Reginald "Sparky" Wharton III (1911-????), who, after twenty-five years of unsuccessfully praying for a New York City rent-stabilized apartment, publicly uttered his now famous words, "Fuck This", words which were to form the basis of the Atheist credo until Wharton's death two weeks later.

Wharton, struck by lightning while throwing rocks at children in Central Park, left virtually no documentation of his religious ideology: his only remaining belongings were two packets of ketchup and some illegible scribbles on a Burger King receipt. Wharton is said to have been cremated in Gunfire Creek, New Jersey, though neighbors claim his body was buried "somewhere out west". This allegation is further confused by the testimony of Geraldine Chan, Wharton's personal seamstress and joint proprietor of Hunan Happy Cleaner, Inc., who claimed in a 1974 interview that "Me no know him well, but pretty sure he bring two stained shirt and golf-style pants the Wednesday after police say he dead, so me no know much if report was right. But me think he a Atheist, ha ha."

Further doubt about Wharton's death was cast by the 1977 testimony of California grave robbers Pedro Antonio Lopez-Gonzalez-Torres and Juan Generico Perez-Caramba, who were apprehended in Amarillo, Texas for urinating on private property. While under police custody, they confessed, among other things, to have opened Wharton's casket a few months before their arrest, only to find "no bodily remains -- just a couple of packets of ketchup, and a pillar of salt".

Lopez-Gonzalez-Torres' and Perez-Caramba's testimony was dismissed as unconstitutional by the Armadillo County District Court of Appellations upon the discovery that their confessions had been extracted at gunpoint by police officer Rodney King, who made Lopez-Gonzalez-Torres confess to several crimes, including the murder of John F. Kennedy. However, the charges against the police department were dropped when the Armadillo County Bureau of Infinite Justice showed Lopez-Gonzalez-Torres and Perez-Caramba to be Russian illegal aliens, thereby rendering their testimony void and bringing to doubt their belief in Christ.

No further testimony was obtained from L-G-T and P-C, who were promptly executed by firing squad in the summer of 1978, shortly before the Armadillo County Court of Counter Appeals found them to be innocent.

Chomsky (upper left, in a bath robe) gets another lecture from a burning piece of shrubbery.

The legacy of Atheism was continued by the now-forgotten Austrian window-dresser Jeremiah "Sparky" Chomsky (????-1977), who is said to have independently invented Atheism at approximately the same time as Wharton.

Chomsky, a staunch Atheist, categorically denied the existence of God and stubbornly refused to acknowledge any sort of supernatural event, despite having been reputedly approached by talking, spontaneously-combusting specimens of plant life on at least five different occasions in the summer of 1967 (the so-called Summer of Love), and various other times in the years following. After encountering a talking serpent during a hiking trip in downtown London, he wrote in his only surviving journal: "'Twas the freakiest thing I ever did see, a fluke of Evolution, or perhaps a side-effect of bodily fatigue, yet not unlike in its wonder to the burning sculpture of the Virgin that confronted me last week during my visit to the Aquarium. Nature is indeed a remarkable force."

Plagued by apparitions, Chomsky died of natural causes after being attacked by a flock of ravens while repairing the hot water heater in the basement of his beach house in Cancun, Mexico.

Atheist opinion of Chomsky is divided: many say there was no such man, or if there was, that there was nothing special about him, while other Atheists simply don't care.

A common misconception about atheism is that they do not believe in any supreme deity, this is not true. In fact atheist believe in the teachings of Alla (not to be confused with Allah), which are outlined in the Atheist Bible. The Atheist Bible takes common themes of baby eating, supporting the injection of marijuanas, converting the American youth into homogays, and anything that is evil. Other than that, Atheist beliefs are hard to nail down, with any two atheists frequently having wildly contrasting opinions.

As a direct result, and ironically in keeping with many other central faiths of the world, atheists find themselves frequently at odds with other faiths. In the wastelands of the country known as the Internet, atheist crusaders frequently war with zealots of other faiths. Natives of the Internet have often gone on record as saying that "while all religious crusaders are troublesome, atheist crusaders are by far the most aggravating, due to their limitless abilities of pedantry."

The practices of atheism are as varied and eclectic as its many followers. Despite a central holy text, the oral traditions and many, many, many, many smaller treatises on the subject have congealed into a sort of squishy set of tenets. This malleable mass of practices tends to roll around and gather new tenets, while others slough off after picking up too many bugs or twigs. As such, this section is expected to be highly fluid, but for now, here is the aptly-named Play-Doh of Atheism.

While belief in the supernatural is strictly forbidden, belief in saints is widespread and common. Note that, as with many currently existing faiths, all the saints presented here (with the notable exception of St. Degrasse-Tyson) are white men. This coincidence continues to baffle many pundits and theologists. 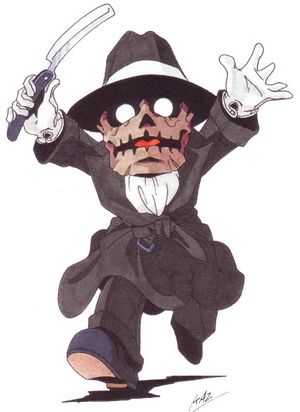 A depiction of St. Occam.

Though atheist rituals vary widely by geographical location, they show a distinct pattern: meals always start with a sacrifice of a small animal or child (which ever is more convent) , and the exterior of atheist households is always adorned with "satanic" images (even though that satanism came well after atheism). All activities are conducted in a way that modern astronomers have referred to as "objectively heathen".

On weekends, atheists often partake in rituals such as shopping, catching up with chores, doing illicit drugs, or participating in recreational activities. These practices are often conducted in casual wear, notably sweat pants, especially in South America. In stark contrast to this, the fedora is a common element of religious wear as of late, drawing ire from other faiths for having absolutely no idea how to coordinate an outfit. The question of circumcision is highly disputed among Atheist sects, and its practice varies widely depending on how convincing the surgeon was and whether the parents can afford it.

While religious garb is generally indistinguishable from conventional day-to-day clothing, those unfamiliar with the faith are sometimes confused by atheists who paradoxically wear religious emblems like the crucifix or the American flag. While some atheists do in fact wear holy symbols, they normally do so to piss off other faiths. This is common among preteen atheists, who comprise roughly 60% of the faith.

As with the other major religions of today, atheism has a number of sects, ranging from those who mockingly claim to worship fictional entities for the sake of satire, to those who eschew the core tenet of atheism, the refusal to belief in fictitious beings, in order to have an outlet for their bestiality.