2nd. Lieutenant Sir David the Weasel of Wild, Knight Commander of the Order of Uncyclopedia
(i.e., Wild Weasel for short)

Dear friends fellow Uncyclopedians, due to the fact that Lieutenant Weasel moved from One Job to Another, he has found himself with less time to do the generally pointless things he enjoyed doing so much here at Uncyclopedia. This does not mean he has gone away, but he can now only pull stunning raids with his Cobra RattlerTM that leave G.I. Joe - and no one at Uncyclopedia - shocked and awed.

What Is His Real Name? Why Did He Come to Uncyclopedia?[edit]

Sir Weasel's real name is Hezekiah, but he prefers Ezekial. He came to Uncyclopdeia looking to earn thousands writing comedy from the safety and comfort of his own home, but so far this hasn't happened. At Uncyclopedia, he is recognized as being a better-than-competant writer (incorrectly, he feels), and therefore is a Knight Commander of the Order of Uncyclopedia (KUN). Besides his shiny ranks and titles, he is less well-known for his overuse of the phrases "experts agree that" and "it is widely considered," both of which he inaccurately considers funny.

Bespeaking his military background, Sir Weasel is a 2nd. Lieutenant at Uncyclopedia, a rank which any admin will gladly tell you means approximately nothing.

Sir Weasel lives off of the proceeds from his successful 2002 lawsuit against the Los Angeles Dodgers baseball club for negligence associated in the death of his ocelot, Trevor. In his spare time (he has a lot of spare time) Ezekial listens to his vinyl Carpenters albums, collects North Korean propaganda, and enjoys 19th-century smelting safety books.

[NOTE: "Wild Weasel" would like you to know he sometimes mixes reality with semi-reality, meaning some things you read here might actually be true. Like his name being Hezekiah. 1 Thusly, he wants you to take things here (and which he writes elsewhere) with a grain of salt. Even when he professes to be serious.]

During your stay at Uncyclopedia, Wild Weasel may appear in the following guises:

Other Uncyclopedians have variously called him things like WW, Weasel, Weasel the Wild, and Grizzly, WG, the Weasel, and he enjoyed this. Nicknames are good. However, if anyone calls him anything anymore, it's "Hey, You. Weasel."3

Quoth the Weasel: These Things I Did Herein[edit] 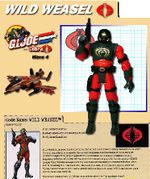 In real life, I also come with kung-fu grip. And you will know when I have gripped you!

Lest you young whippersnappers forget, Wild Weasel is a thrice-decorated Featured Article Writer and a recipient of the allegedly prestigious Foolitzer award, not to mention getting some cookies and actually having "legends" here like Todd Lyons and Gwax actually communicate with him. Truly and without doubt, Wild Weasel is a colossal ass more full of himself than a fat man with a tray full of Wendy's Triple-Decker Cheeseburgers already thinking about getting another tray of Wendy's Triple-Decker Cheeseburgers.

Westboro Baptist Church; 16.5 to 3 for
After weeks and weeks, it finally met the criteria for Featured Article. You have no idea how much this means to me. Seriously. I didn't cry, but I did "whoop and holler," American Confederate-style. Now, if only I could get my fucking novel published.

Look here for "Classic Westboro" before the Hordes of Gar got to it.

Bear; 17 to 1 for
In what amounted to a landslide, my comedic assault on our furry, stinky friend the bear proved too broadly funny to ignore. Maybe it was all the jokes about foraging. Maybe it was the magical eight-days gestating bear. Whatever it was, the positive voting caused me to make and distribute this!

Women's Suffrage; 11 to 0 for
Who hates puns more than me? Someone else, because I took the football and ran with it on this one. While not my best, and certainly my weakest VFH win, I didn't put it up there. You hear me? I did NOT PUT IT UP THERE. I think Keitei did. Either way...I'm a winner!

Oh, Honey, Look! What a Prolific Weasel! (Or, Other Things I Did Here)[edit]

Is The Onion Reading My Work?[edit]

Of course not. But this and this certainly got my attention (compare to this and this). Coincidence...or fact?!?

You Did Good, Kid. Here, Have a Medal[edit]

Sometimes, Wild Weasel comes across another Uncyclopedian who either impresses him with their decency or makes him laugh his fool head off. When this happens, Wild Weasel rummages through his sexy red flight gear and produces the Weasel's Award for Superior Achievement Barring Indictment, the highly non-coveted WASABI.

“I have a record in office, as well. And all Americans have seen that record. September the 4th, 2001, I stood in the ruins of the Twin Towers. It's a day I will never forget”

“Keep the rewrite: It's not the best article, but now it's got enough potential to be worth keeping.”

Q: Is the humor of M. Comte de Weasel too dry for the average high-school dropout?

A: It most definitely is, Madame.

Q: Is the humor of M. Comte de Weasel too insipid or hackneyed for someone with "some college?"

A: There can be doubt in this matter, Madame.

Q: Does the Comte think he is funnier than he actually is?

A: It is without question, Madame.

<Wild_Weasel> (sips scotch) Ah, Terry Schiavo's hubby got remarried...awesome
<Wild_Weasel> "I'm sorry, baby, it's just that you're a vegetable, and I'm a man with needs..."
<Wild_Weasel> "Needs, for example, like a woman who knows who I am. That's very important to a successful relationship."

Awards, Accolades, Boxes with Pictures and Words in Them[edit]

For Monkey Teresa...come closer my children!

Foolitzer Prize Winner March 2006
Because he said I could have one. Delicious.

For reasons unknown...but who the fuck needs a reason to rock, eh?
For my ultra semi-hilarious flipping the fuck out.
For my UnNews:Beloved Slavic Former Leader Passes, Ascends to Heaven


A Random Image: Thousands and Thousands of Words[edit] 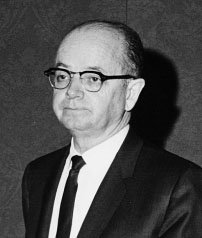 1 His name is not actually Hezekiah. Sorry to disappoint.

2 The rank "Cornet" pre-dates Lieutenant in the British Army.

3 Nickname is a corruption of an eke name of English from long, long ago. Seriously. I think. Or, it could be a neke name. Either way, have you seen my lady friend?