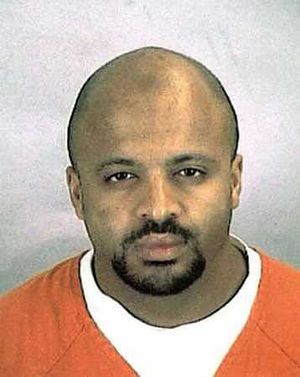 As kosher as Christmas

A wide range of American groups lead by the Democratic Party have pushed to get Moussaoui what one ACLU lawyer called “a truly fair shake” of the American legal system. These groups, ranging from the aforementioned ACLU and including the Southern Poverty Law Center, Westboro Baptist Church, and The Committee to Re-Elect John Kerry as President hailed the announcement as a positive step forward in clearing Moussaoui’s good name and re-integrating him into American society.

“In his last trial, Zacarias felt the US legal system was a sham, and he wouldn’t get a fair trial,” remarked Moussaoui defense lawyer Kimberly McNinch.

“The day he was sentenced, some say his heart grew three sizes,” she added, referring to last week’s sentencing of Moussaoui to life in prison. “Now that he understands he can get a fair trial, he’s all for one of those, one in which perhaps he won’t suddenly fire his entire legal council, denounce the entire population of the country in which he is being tried, and openly admit to the crime of which he is accused.”

“That would really help,” McNinch noted.

Legal experts, though troubled by the seemingly arbitrary treatment by the court of the non-retractable nature of a confession made under oath are nonetheless confident in the outcome of the second trial in Moussaoui’s favor, based on America’s love for underdogs and individual non-conformity.

“Zack won the hearts of the American public with his wild, unpredictable bad-boy behavior. The way he incoherently ranted about the destruction of America really put him on the level of, say, James Dean. Zack is the ultimate rebel without a cause,” commented self-described “Zack-fan” David “Tiny” Feeney of Queens, New York.

“Zack is totally going to walk this time, dude,” Feeney opined before returning to the register of the used book store in which he works to assist the store’s only customer.

In a joint announcement, Al Franken and Michael Moore complained, “Zack was clearly railroaded by the Bush administration. A man should not be convicted based solely on confessions and evidence.”

Moussaoui himself reacted predictably to the announcement.

“This is my biggest victory since being sentenced to life in prison. Moussaoui two – America nothing.” he sneered, flashing the “victory” sign from the windowless isolation of his 7 x 11 solitary confinement cell in Colorado’s Administrative Maximum Security Prsion.

He used to be such a nice boy.