A rant is one of those angry, irrational, and friggin' retarted ramblings that goddamn bullshitters crap out their assholes on their face.

Rants are pretty stupid. I just hate it when someone goes off on some stupid tangent about something dumb that I don't really care about. It really irritates me when I'm trying to talk to someone or read a good book and someone barges in and starts blabbing loudly about how high gas prices or how you are going to fucking kill Google. Every time I hear the word 'irk,' the probability that I will blow my brains out increases by approximately a billion percent. 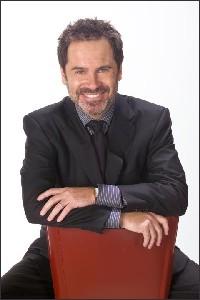 Dennis Miller, who not only rants, but references mythology and literature and other stuff that nobody actually understands. I mean, really, do you think any of his audience paid attention in high school? I didn't even pay attention during high school, and I did just fine.

Have you ever been sitting in your chair, just trying to relax and watch television when some dumb jerk drags his fat head onto the screen and starts saying a bunch of horseshit that makes you exclaim "Who cares about this horseshit, you fat-headed dumb jerk?" I was watching the news the other day and some guy started raving about how some woman named Katie or Katheryn or something was bothering a bunch of people down in New Orleans. Now let me tell you, if I wanted to hear unrelenting complaints about a fat woman being disruptive and breaking things I'd watch an episode of Roseanne. Give me a break. I don't need that crap.

Al Gore ranting about conservatives who are intolerant of other political views.

Blogs?! What the hell are blogs?! I am surfing on the internet looking for some nonpartisan, unbiased, factual websites to educate myself and all I can find are these online masturbation-fests where some chowderhead vomits his worthless opinions onto an olive green template designed by an art-school dropout. Really, who reads these things? I can only think of two reasons why you would read one of these abominations: one, if you are stupid or two,-- no, wait, that's the only reason anyone would visit one of those internet cesspools.

the general rule in any rant in an argument is to be louder then your opponent. This is because then person who is louder must be right for they are obviously more passionate about the issue at hand and therefore know more about it. It is also important to get on a more personal level with your opponent. It will show your more human side when you proceed to make fun of the size of their ears and the general weight of their mothers, gaining sympathy from the public. And lastly, if in the unlikely event that your opponent makes a valid point in-between being over whelmed by the sheer brilliance of your argument, just say that they just don't "get it" because they lack the necessary brain cells for competent thought....YOU MOTHER FUCKER!

Magazines and newspapers are getting more and more flooded with opinionated dickheads spouting off equally opinionated drivel. Whatever happened to newspapers being about the news? Sheesh, you'd think I could at least look at a news periodical without some moron ranting about popular culture. I mean, who cares about popular culture? Come on, it's all flashy fashion crap, plastic breasts, and terrible music written by borderline retarded emo kids. I can't read a magazine without being bombarded with pictures of William Shatner or Jessica Simpson wearing skimpy clothes and gossip about some stupid celebrity who did something monumentally dull and inconsequential. Hello, I don't care about any of this inane shit. Why the hell are the moron editors of these publications allowing such idiotic mind-rending crap to be published?! How do these incompetent jackasses get these jobs?! I could do a better job creating a magazine than all of these idiots combined. Not to mention they are all overpaid. It makes me really angry how much money these guys make when all their employees do all the real work. Although that's not as bad as athletes making millions for playing a game that kids pay to participate in; not that I like kids devoting their childhood to competetive sports, because that causes kids to become too competetive in their everyday lives. Of course, it doesn't really matter with this generation of kids just sitting around and getting fat and not going outside and interacting with anyone, so competition won't be a problem for these fat lazy idiots who will probably grow up to be homeless because they are too stupid to even be an incompetent magazine editor but I mean really who cares about that because they will probably DIE OUT THERE and then we won't be so overpopulated and rid of world of YET ANOTHER STUPID WORTHLESS JERK. WHY ARE KIDS TODAY -- AND PEOPLE IN GENERAL -- SO INCREDIBLY USELESS AND STUPID. WHY IS IT THAT WHEN I GO OUTSIDE I INVARAIBLY WANT TO TAKE MY OWN LIFE BECAUSE OF ALL THE RIDICULOUS BULLSHIT THAT SEEMS TO INCESSANTLY SPEW FORTH FROM THE HOLES IN THEIR FAT LAZY JERK FACES!? WHY CAN'T I GET THROUGH A SINGLE CONVERSATION WITHOUT SOMEONE MAKING MY BRAIN LIQUEFY?! BSDAFLAERGAAADGFQDTRRFGSTHBHT